Here’s an update of the XLF comparative study from after the close today. While the market followed the script of strength over the past two sessions, it was actually weaker than I anticipated. Perhaps tomorrow it will fulfill the proportion of the analog, but there were more than a few cracks in the markets short term technical picture that it looks increasingly unlikely.
For that reason, I included an additional study that is a little further down the road in the financial crisis – where the rebound failed to exceed the previous highs. 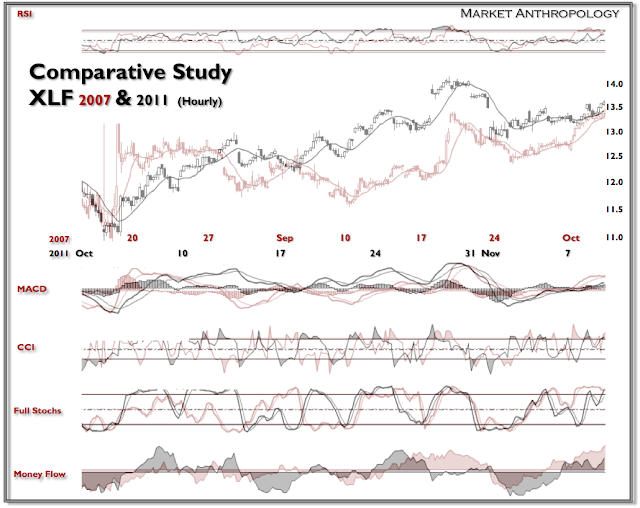 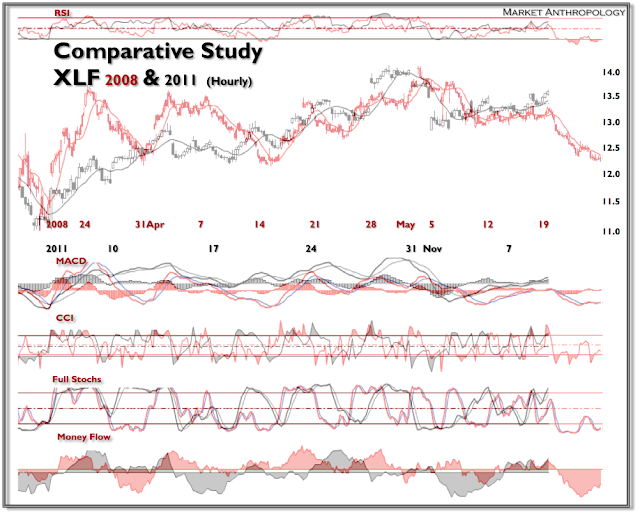