Welcome To The Rodeo 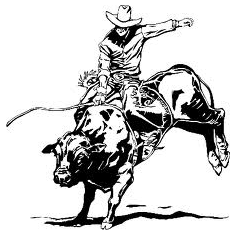 Anyone that swims in the market knows that there is always a danger in bringing too much dogma to the table. Anyone that trades with very short time frames knows that it actually does not even belong at the table. You trade what you see – not what you expect should happen.
But like everything else in life, there are exceptions to the rules and I have been making them on a regular basis for the last six months.
Why?
Because the market telegraphed an increased in difficulty and started throwing trap doors on a regular basis. We entered the rodeo stage where you are either thrown off the bull and bled by a thousand cuts, a few deep cuts – or proactively anticipate the beast that is actively trying to keep you off balance and vulnerable to fall.
Here is another indicator that may color expectations with regards to those trap doors.
The chart below is of the McClellan Oscillator, which gives an indication of breadth. In essence, it is derived from advancing issues less the number of declining issues and presented as a ratio.
From StockCharts:

To oversimplify the interpretation here for the current market, if the NYMO breaks through the previous high established on July 1st – there is a good chance that the market will at the very least give you an opportunity to sell at new highs. If the NYMO diverges from the July 1st high, it is a strike against the market and opens the late 2007/2008 comparisons where breadth continued to diverged from price. What the market has going for it here is the very short time window since the previous high. An eclipse of that level (granted – quite extreme +89) would be a step in the right direction. 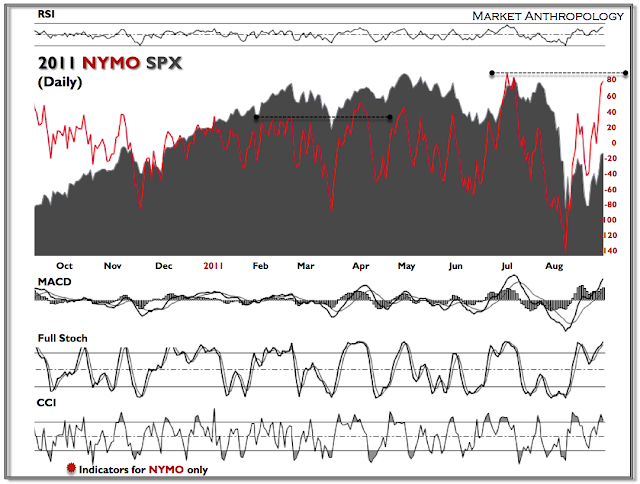 I included (once again) the market environment from 2007 – the last time traders navigated a bullish gauntlet of trap doors and surprises. 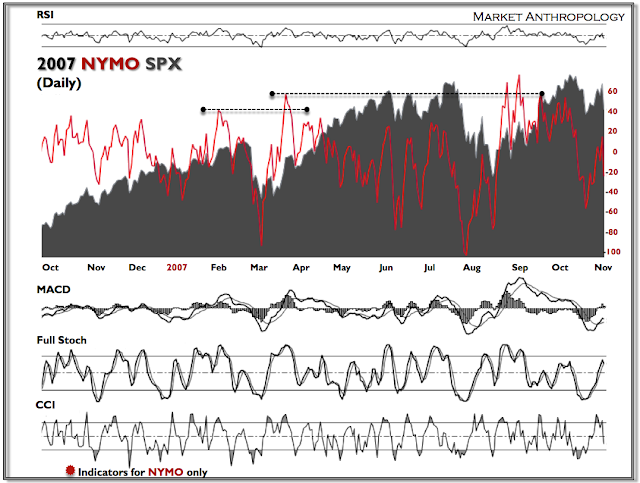