Interesting times indeed – so much so, we find ourselves questioning certain biases as markets break higher against the backdrop of a slowing world economy. While we have always appreciated and respected the financial markets as the tip of the sword or perhaps for this analogy – a dog with a very long tail – we couldn’t help but notice a growing currency appendage expressed in the Japanese yen that is once again wagging the equity markets in perhaps an unhealthy fashion. Considering the comparative prism we occasionally embody, you could make an argument it has shades of the disconnect found in 2008 where the commodity markets – driven by powerful currency moves (US dollar), went parabolic in the face of a rolling equity market and world economy.

Today, we have the inverse dynamic with the equity markets seemingly grinding higher each week – driven by powerful moves in the Japanese yen in the face of a slowing world economy and commodity sector. Needless to say and similar to the CRB in the summer of 2008, should the yen run out of downside – we would expect the equity markets to correct with a reversionary vengeance. Food for thought, with what looks like another positive close for the equity markets this Friday afternoon. 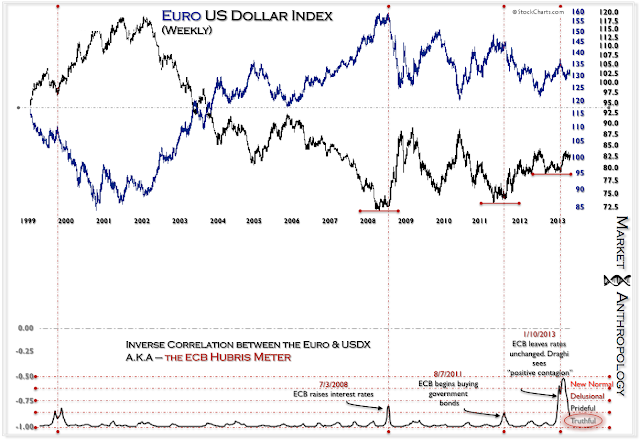 The euro continues to follow the exhaustion guideposts outlined in our ECB Hubris Meter chart – serendipidously arriving at “Truthful” subsequent to the ECB rate cut. 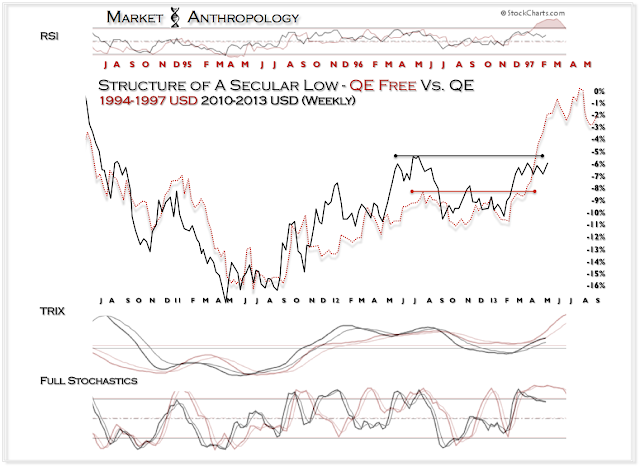 Although continuing to impression our currency biases, albeit consistently along a more patient timeframe – the US dollar appears ready to challenge last summer’s high. 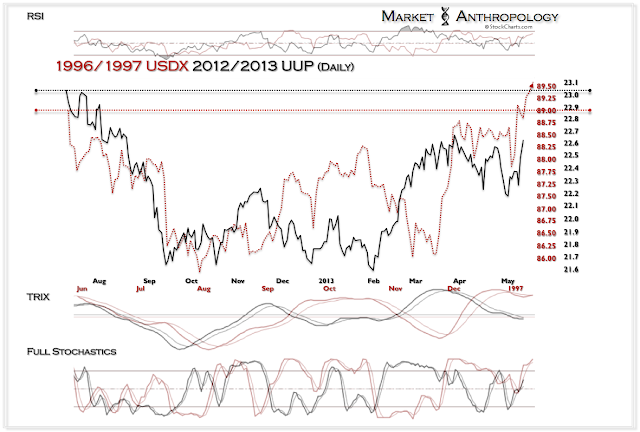 In today’s session, the CRB pivoted lower in a zone we had expected it to. However, we find it noteworthy that within a respective sector such as hard commodities, there continues to exist lagged correlations between asset moves such as the considerable bounce in copper this week – contrasted with what we perceive to be more compression potential in silver. 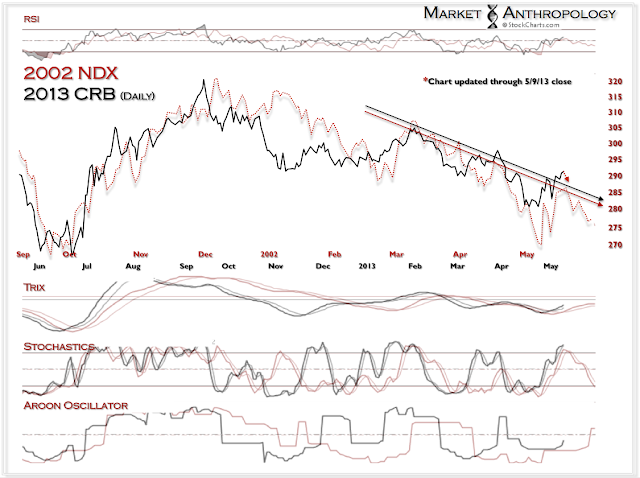 Although running against our better judgements with respect to expectations in the dollar and the euro, we continue to see the next short-term move for silver to be higher. 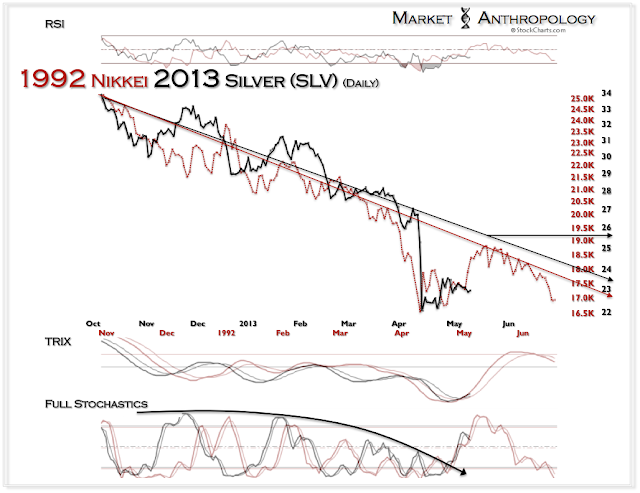 What became and exercise in attrition, the Australian dollar finally broke-down with considerable momentum this week. We have been waiting for this move as the bookend to the commodity cycle that commenced when the US dollar pivoted lower in the spring of 2002. 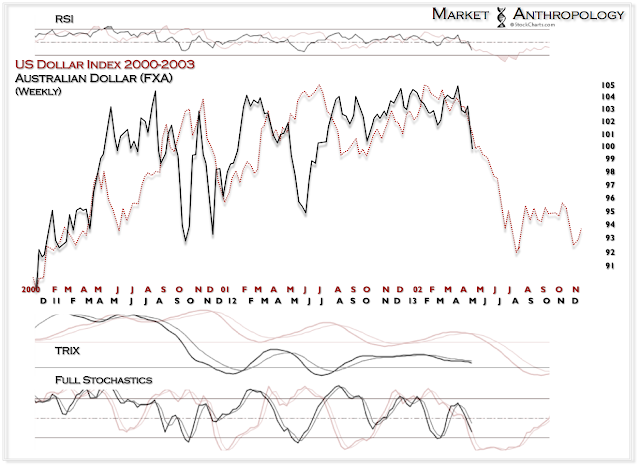 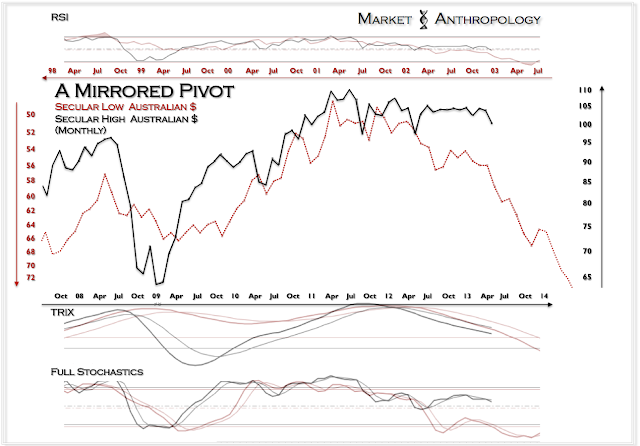 ___________________
As a postscript, I was sad to learn of Alan Abelson’s passing yesterday. He was a legend and model for me in how to succinctly, but creatively comment and present the story of the financial markets. His wry, yet poignant commentary always read in stark contrast to the monotonous and stale financial journalism of the day. I was immensely humbled when he took interest in my work and found his wit and wisdom ever present – such as his first question to me, “What’s a nice boy like you swimming with the sharks?”

While I’ve wondered that for sometime, the truth likely lies much closer to the interest he instilled with his writings in contextualizing the sharks and their ever changing environment.

Thanks for everything Alan – you will be greatly missed.