Two Ships Pass in the Night 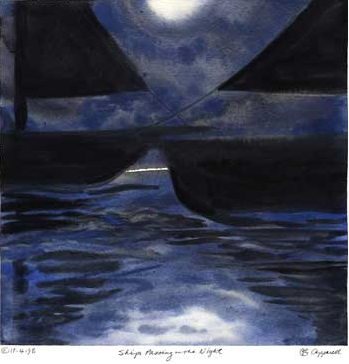 Ships that pass in the night, and speak each other in passing, only a signal shown, and a distant voice in the darkness; So on the ocean of life, we pass and speak one another, only a look and a voice, then darkness again and a silence. – Longfellow

For just the fourth time in the last fifty years, the S&P 500 yields more than 10-year Treasuries. If one was to mine the data, in the three previous occasions where this had occurred, equities rallied sharply over the short-term and strongly performed over the next year – quickly closing the aberration that represented a particular extreme between these two markets.

That said, we would strongly caution anyone looking for similar returns or bolstering their respective equity biases with this fourth occurrence. From our perspective, the fourth time may be the charm as these two massive trends pass quietly in the night, ending an epoch that first set sail in 1959 as Treasury yields began their long and steep journey to a secular peak in 1981. 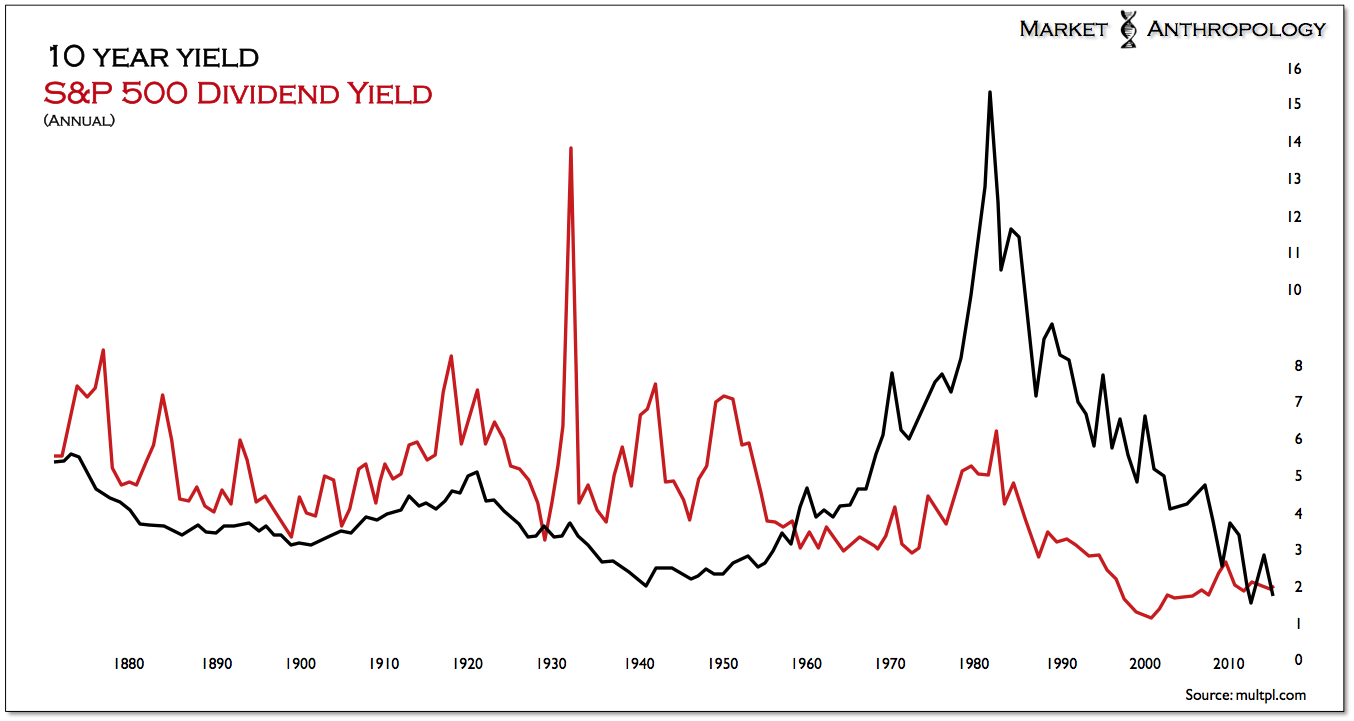 While the Trend-Trading-To-Win and passive investor zen masters might view current market conditions as testament to equity strategies that should continue to outperform, you only need to look at a long-term chart of both metrics to realize, the times they are a changin’ – or historically speaking, perhaps sliding back to a market relationship that stood for nearly a century before 1959. To boot, when one considers the equity market drawdowns of the previous three occasions that elicited such condition, the current “downturn” appears more coincidental of juxtaposition – than actionable of signaling a market extreme in equities.

Overall, we view binary “signals” such as this as representative of market conditions that should not be compared to contemporary parallels for insights, such as Fed tightening cycles or recession and equity market impressions from an inverted yield curve. What they all have in common is probabilities and expectations entrenched over the past fifty years where yields were not exceptionally low and the Fed was not enacting or normalizing unconventional and extraordinary policy.

From a historical perspective of the equity and Treasury markets, we still view the closest parallel as the trough of the long-term yield cycle in the 1940’s, where the Fed began to normalize policy after extraordinary support was extended to the markets with significant purchases of Treasuries by the Fed between 1942 and 1946. Our expectations remain that the U.S. equity markets will continue to come under pressure and normalize with policy (QE free), which should recalibrate risk and valuations as the Fed evaluates market conditions in its wake. Moreover, for those looking for guideposts in the road with the Fed allowing or telegraphing when their balance sheet will passively runoff, you’ll notice that in the mid 1940’s the equity markets revalued swiftly shortly after the Fed’s balance sheet peaked – but before it started to decline. We suspect a similar dynamic this time around, which would likely further push back even a ceremonial rate hike by the Fed that some see occurring this year. 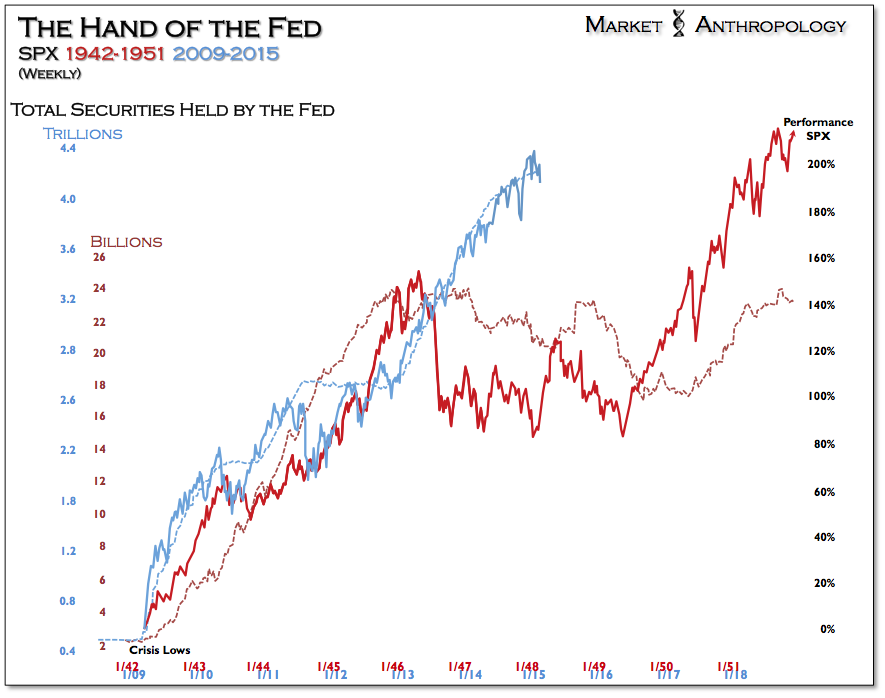 While 10-year yields have made their way back to where we expected they would last January – and we suspect they are currently completing the end of that move; from a relative performance perspective we would still favor long-term Treasuries relative to the S&P 500 this year, as these two ships pass, signaling one last time in the darkness. 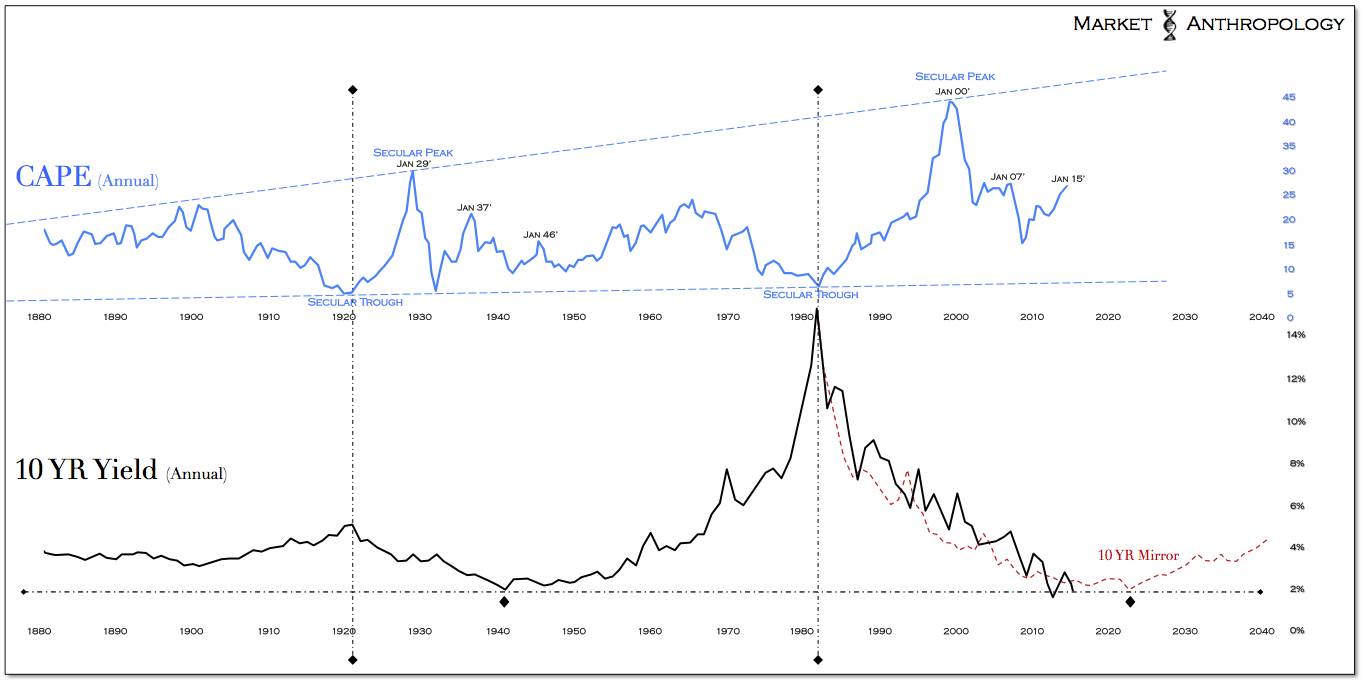