Turning Up the Heat in Europe

One of our better pairs strategies this year was playing the breakout in Japan from its nearly 25 year trading range and the turn down in Europe that materialized at the end of Q2. While we were guided by a comparative roadmap through the retracement decline in the Nikkei in the first half of the year (see Here), the bigger picture narrative of the strategy was outlined in a note at the end of April (see Here), that weighed the two major perennial asset unwinds that took place over the past century and the gathering deflationary conditions swirling across Europe, focusing specifically on Spain’s IBEX index for comparison. 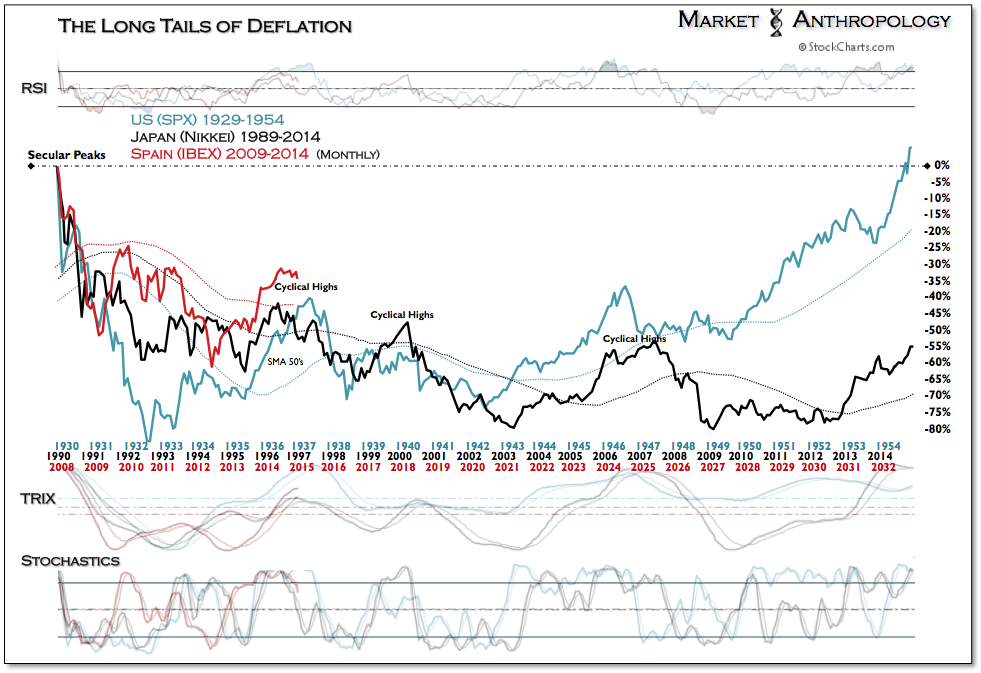 In relation to these two previous examples, the loss of momentum this year in Europe arrived around where both markets made a cyclical high from their secular peaks. Pulling a page from the freshly printed third edition of the Fed’s handbook on reflating your way out of a liquidity trap, it comes as no surprise of where the ECB left their passive stance and began easing and posturing a major policy shift towards QE. 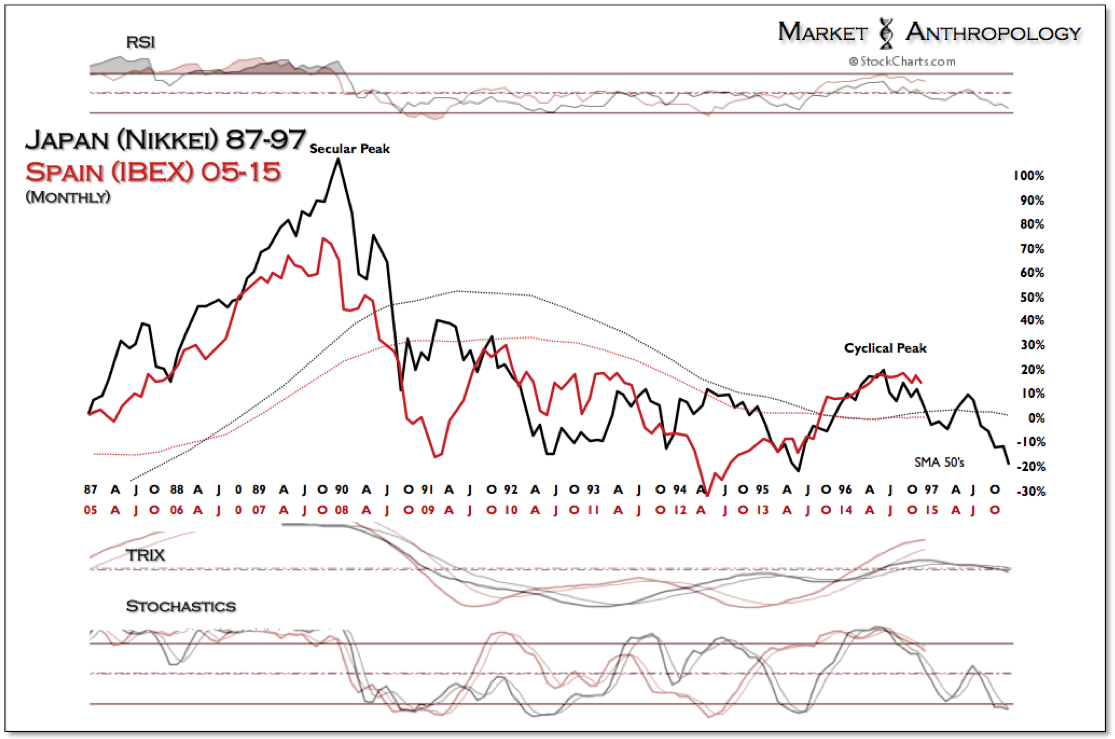 Here’s a snippet from a note in June framing that development as Spain’s IBEX rounded the corner of the comparative cyclical high:

With Japan languishing in the back eddies of deflation over the past 25 years,  it comes as no surprise of what the ECB is attempting to avoid. In a brave new world where central banks are active not just in the throes of a crisis – but in the midst of momentum, it’s easy to get swept up in the hope of avoiding such fate. Our general take, however, is it’s also easy to conflate causation with policy – as the efficacy of such correlations ebb and flow with a market’s given structure, sentiment and positioning. The long and short of which would indicate that time is the great revelator, and although the ECB’s actions are received better late than never, the reality is the markets – like water, will gravitate to the path of least resistance in the face of an incoming deflationary tide. – 25 Years to Life

The bottom line remains, that if the Eurozone has any chance of avoiding or lessening the same pernicious conditions that held both the US and Japan for a quarter century, respectively; the higher beta equity markets in Europe – such as Spain’s IBEX, will need to reboot with whatever-it-takes abandon, to mitigate the hazardous debt-to-equity ratios that become compounded with a cyclical decline in their equity markets. Our best guess is that it will be attempted from lower levels and only after the German’s feet are held closer to the fire. Considering the cyclical comparative with Japan – circa 1997, that fire may soon get a bit hotter. 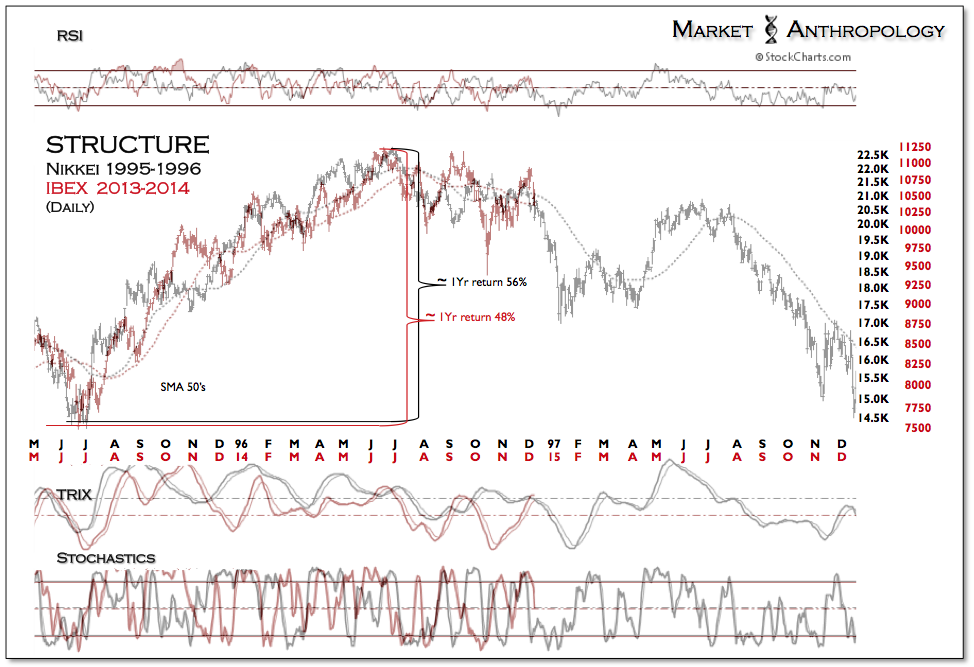