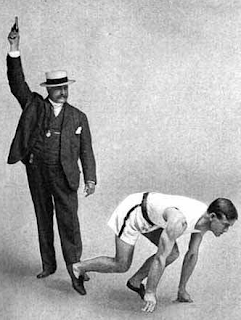 A potential equity market set-up from our often cited 1946 cyclical top, may be finally getting ready to “set the hook”, as participants brace for a future rate hike from the Fed this fall. Should the historical guideposts prove prescient, downside support in the equity markets will fail over the coming weeks, opening the door to the first material correction in US equities since the summer of 2011.

Assuming the correction materializes, whether the Fed choses to act in September – subsequent to a market development such as this, obviously remains contingent on the magnitude of a potential dislocation and its broader kinetic impact in the markets. That said, based on our research of the long-term yield cycle (see Here & Figures 4-6), we have always believed that the Fed’s latitude to tighten would ultimately be limited by developments in the market and the economy’s capacity to carry the burden of higher rates (see Here).

Cyclically speaking, from a top down view of the long-term yield cycle (Figure 1) – as well as the reach of equity market valuations (which we’ve argued are greatly driven by rates disposition within the cycle), we have approached the 1946 cyclical peak in equities as the closest market and policy environment with today. From a historical perspective, the trough of the long-term yield cycle in the mid to late 1940’s, where the Fed began to normalize policy after extraordinary support was extended in the market with significant Treasury purchases by the Fed between 1942 and 1946 – remains this cycle’s mirror equivalent.

As such, since the Fed began to normalize policy through the taper last year, we have panned the longer-term prospects of the US equity markets and largely viewed them pushing up against another valuation ceiling, similar to what transpired in 1946 (Figure 2) as accommodative policy support was removed.

While a potential downside pivot will invariably make its own distinct path (Figure 3), from our perspective, the risks of such a decline have not diminished and now appear to be preemptively butting up against the Fed’s starters gun – that may or may not go off.