Thoughts on Japan, the Nikkei & Yen

We incorporate the use of comparative analysis in a variety of ways to gain a depth of perspectives in the market. Our interest in the Nikkei dates back to last May when the initial cracks of Abenomics cleaved along familiar fault lines with another behavioral driven monetary market, namely silver – circa 2011. Back then it was the tall pour of the second round of QE that drove participants on a frothy commodity themed bender, led by the ever volatile and never smooth – silver bullet.

Today, as the Nikkei has eventually cracked under its own considerable weight and fragile technical underpinnings, we look at our comparative benchmarks to help triangulate the markets bearings.

Considering the nature of its historic performance trend, since last year we have also looked at the 1987/1988 Nikkei with the expectations that a similar magnitude correction could develop. Like today, in 1987 the Nikkei enjoyed an even greater rally than our own S&P 500, but eventually succumbed to the events that fall which elicited ~ a 20% correction through the end of that year.

As shown in the long-term chart below, both markets were stretched at the limits of the performance envelope, with the 1987 high serving as long-term resistance ever since. As the Nikkei is currently down ~ 14% from its intraday high last year, we find it reasonable to expect that despite taking a longer route – Japan will eventually match the magnitude of the 1987 correction. Similar to 87′ – and even exhibited in the stretched move highlighted in 2006, we will be looking for the long-term moving average shown below to contain the correction. 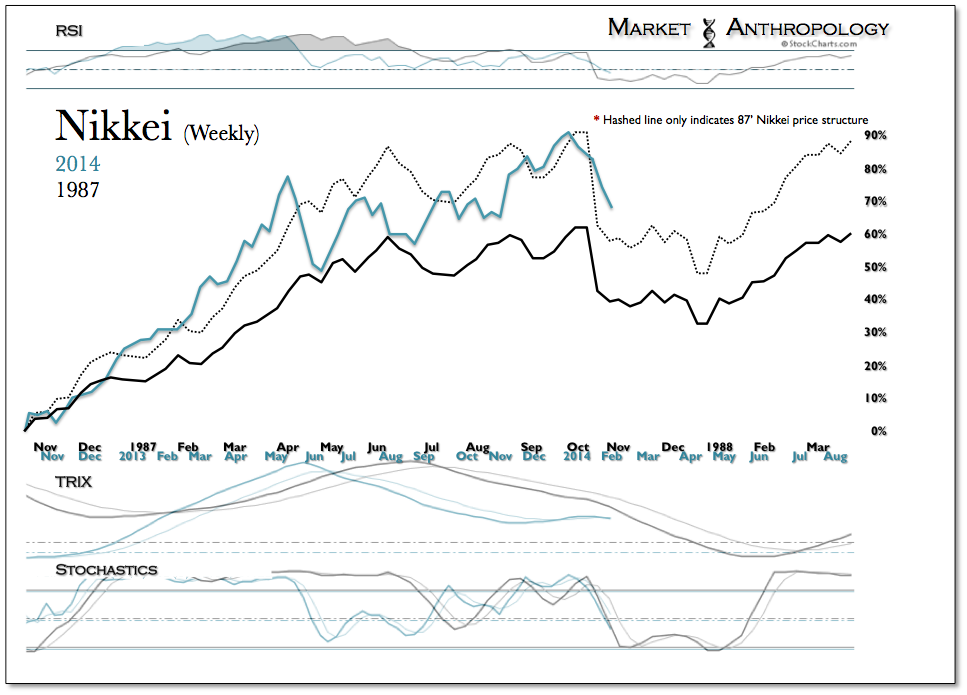 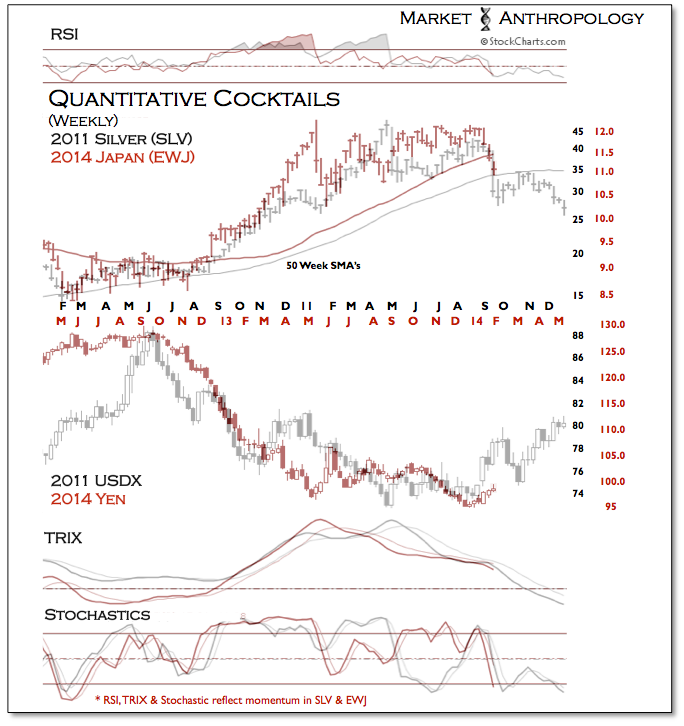 Now that Japan and the Nikkei have broken down, we can use the heightened volatility to contrast off of our silver/US dollar comparative – which would indicate that an interim low was found today. 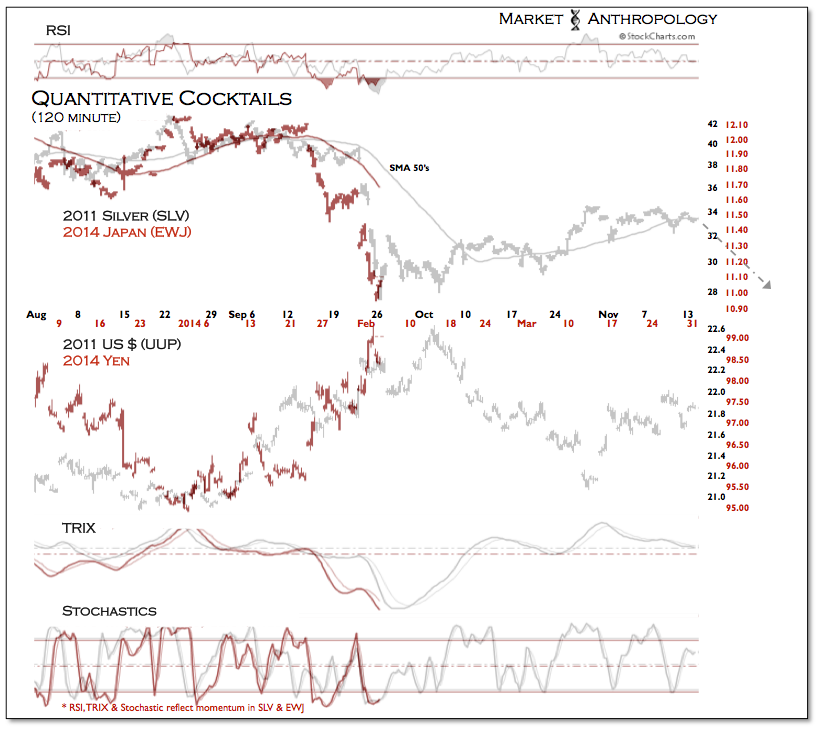