At the end of last year, we held the opinion that the arrival of the much feared taper was a positive development for corners of the market most influenced by inflation expectations – or lack thereof. Commodities, commodity currencies, TIPS, emerging markets, Chinese equities – they had all followed the strong disinflationary trend that was established in Q2 2011 and buttressed by additional Fed interventions. With the Fed signaling to the market last year that they would be gradually removing these extraordinary measures, we felt inflation expectations would normalize as well in its wake. While many had looked for another maelstrom to develop in emerging markets and sectors such as precious metals and commodities, we read the tea leaves to indicate an opposite dynamic and one that could reverse their respective downtrends.

Throughout the year we have followed three risk ratio proxies that have illustrated the staggered start that has unfurled in these reflationary trends since the initial taper was declared last December. Precious metals were the first to put in what we perceived to be a cyclical low at the end of last year, followed by the broader commodity sector – with emerging market (EEM) and Chinese equities (FXI) following their leads in Q1. With the final taper on deck this October, we expect the second staggered stage for these reflationary trends to be well on their way higher. 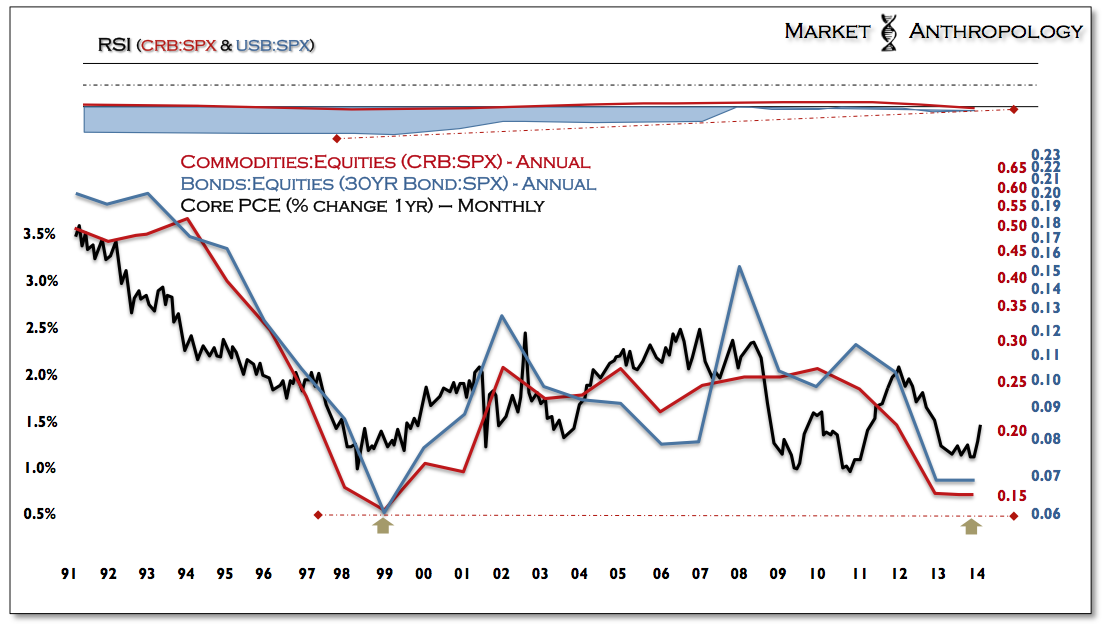 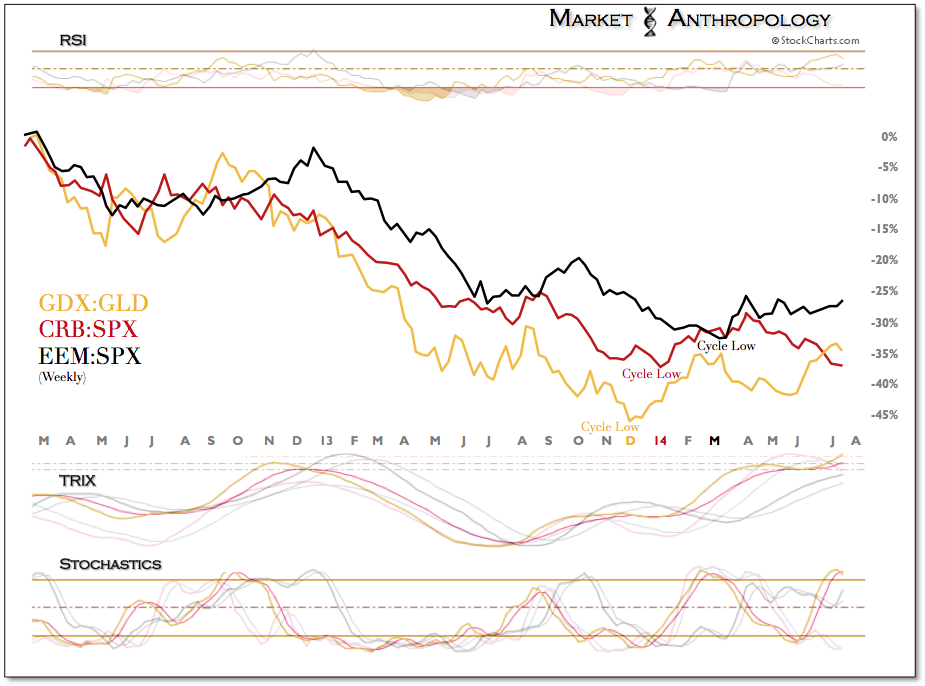 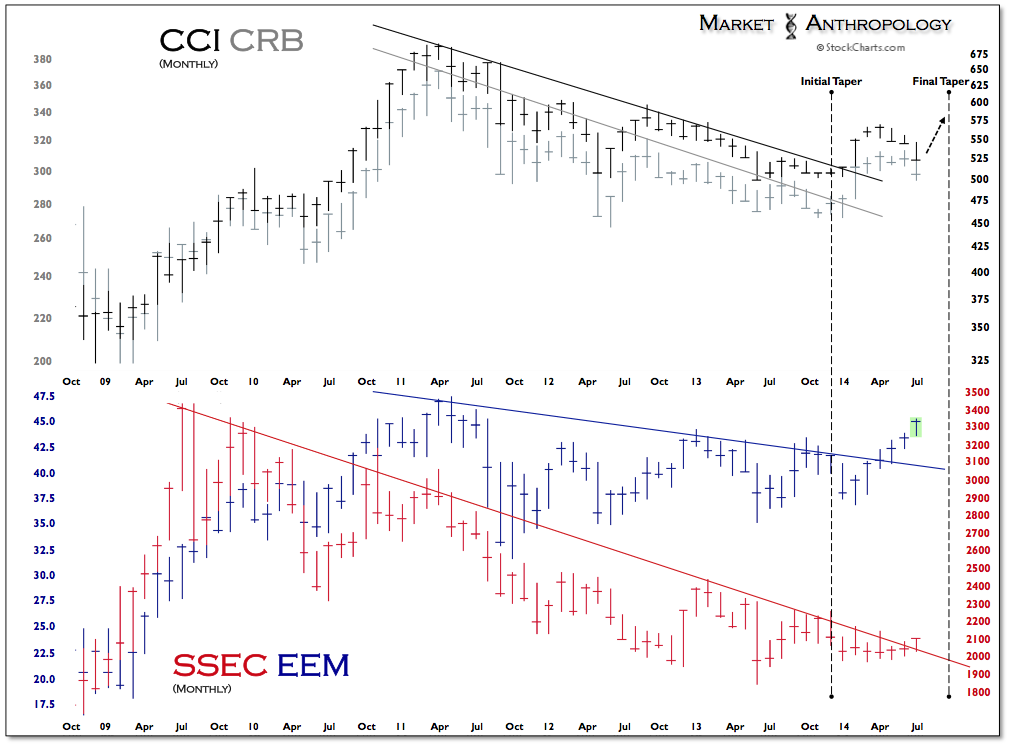 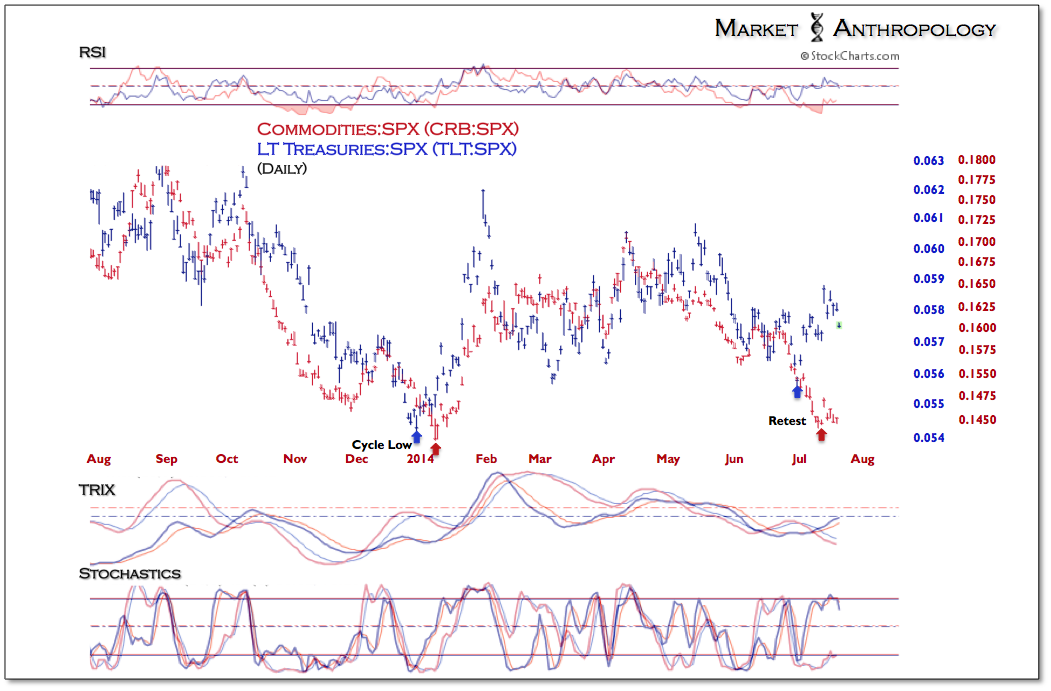 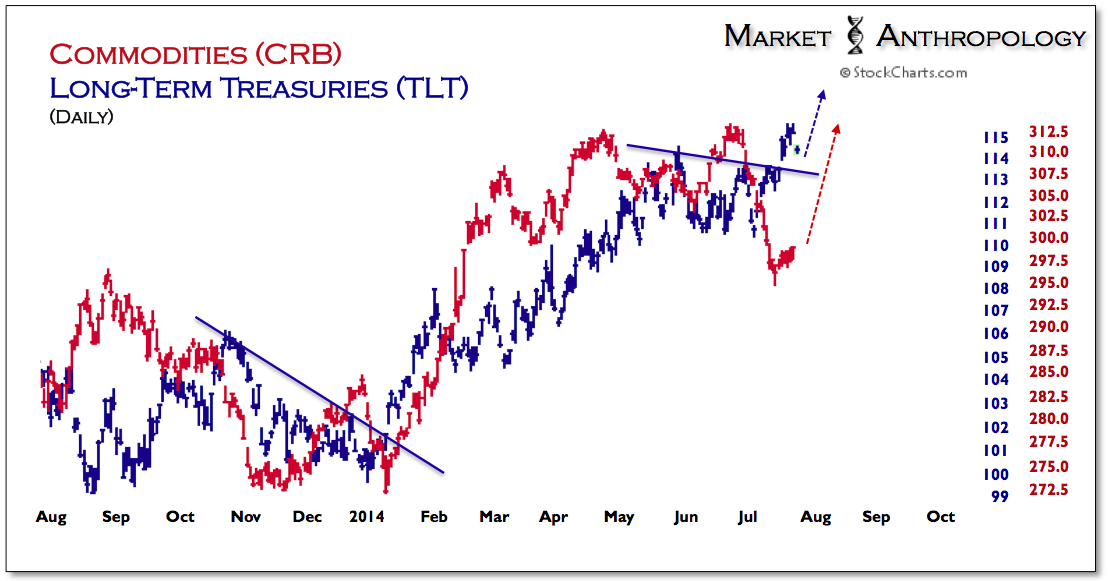 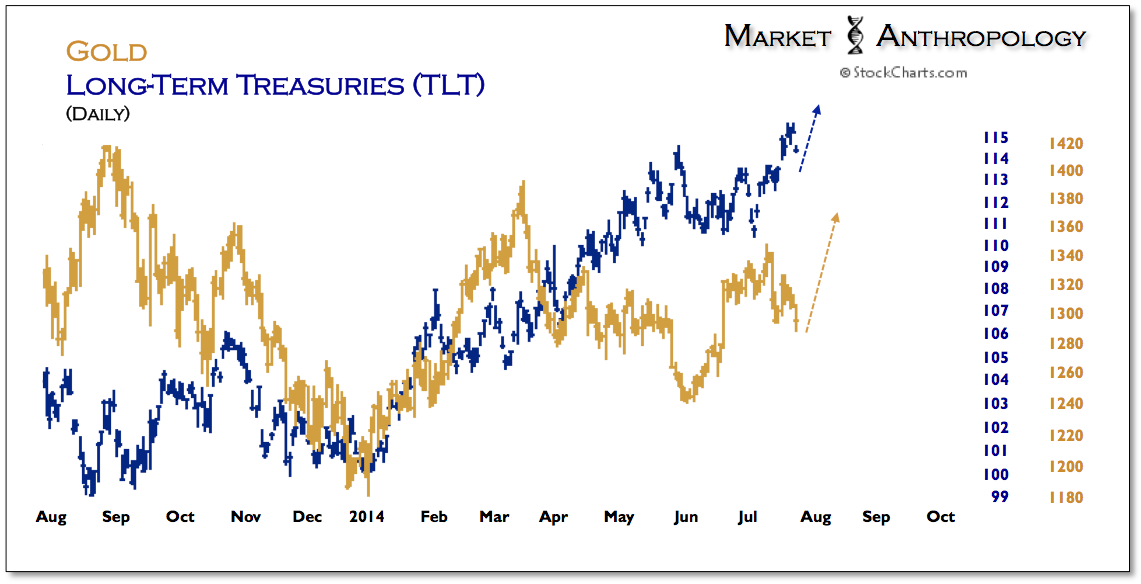 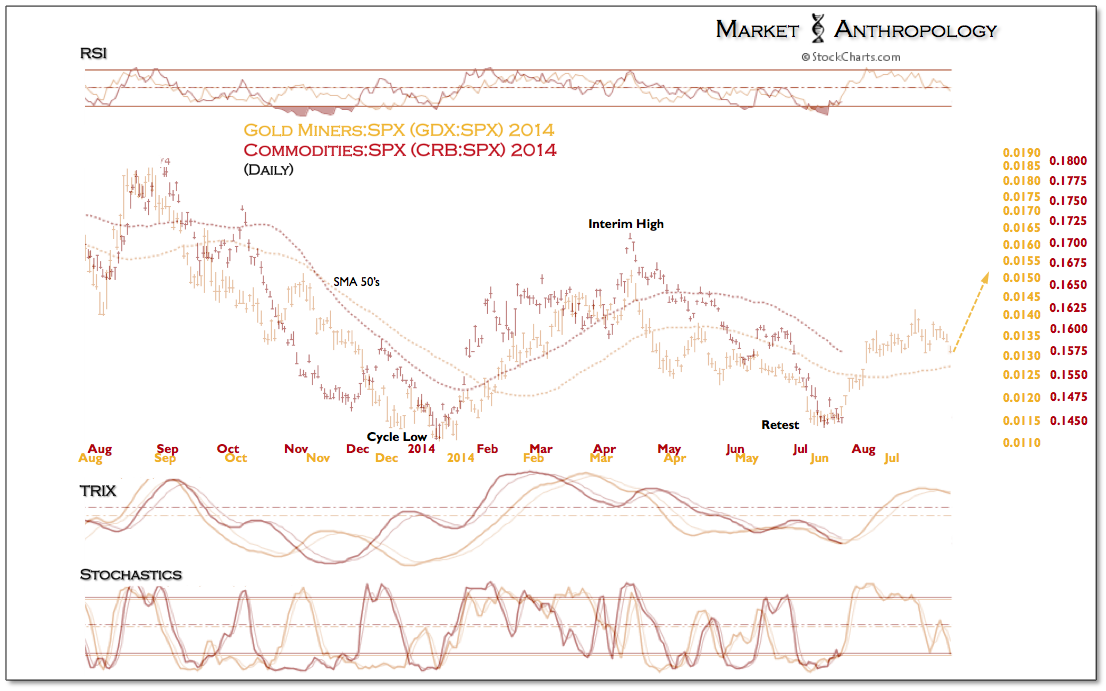 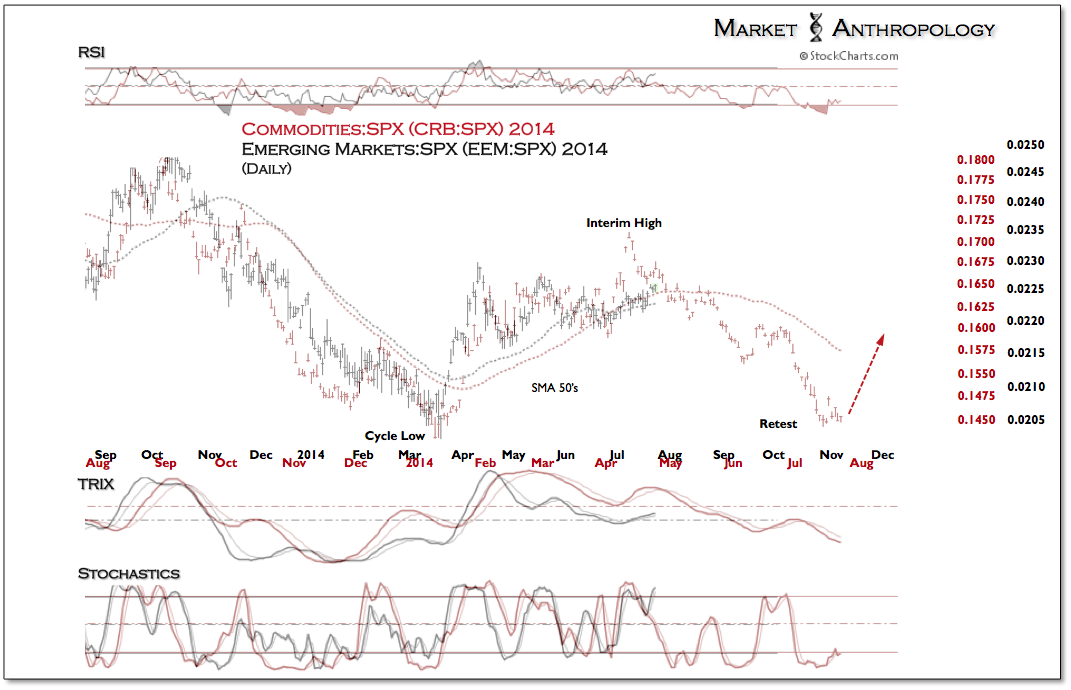 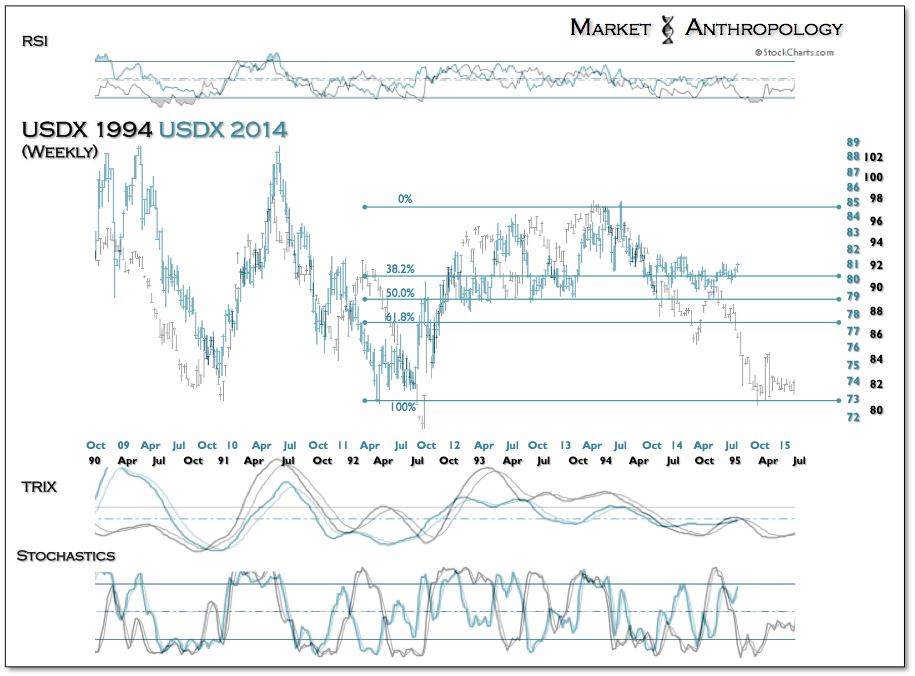