Back in November, as investors appetites for the silver ETF eclipsed the historic benchmark from late April 2011, I referenced an earlier version of the above chart with a note bluntly titled, “Denial” (see Here). Granted, I have worked the reference into more than a few notes in the past, because the shoe continues to fit with respect to investors insatiable appetites for capital commitments and market enthusiasm in the precious metals and commodity complex. And while some contrarians will point to either suppressed investor sentiment surveys or advisor and fund portfolio commitments of these assets, I continue to look at the broader picture of where most participants vote with their wallets. Needless to say – the opposite is very much the case. Investors continue to pour capital into sectors that are working against an outgoing tide.

On Wednesday, as silver and the silver ETF moved into our expected retracement zone (see Here), investors bought 18.4 million ounces of the silver ETF. For context, the silver ETF had only added 20.8 million ounces – in the twelve months prior to Wednesday. And although one could certainly argue that a bull market is built and maintained on the backs of healthy investment demand – for a continuation of an already matured trend, one would have expected that investors appetites for silver to be significantly eroded after a nearly two year downtrend. From my perspective, their commitments and entrenched dogma has run commensurate with a misplaced causation that primarily revolves around the notion that more “printing” by the worlds largest central banks – translates into higher precious metals and commodity prices.

Over the last two years, I have arguably been one of the most accurate forecasters of silver, the dollar and the CRB index – by maintaining one fundamental belief: 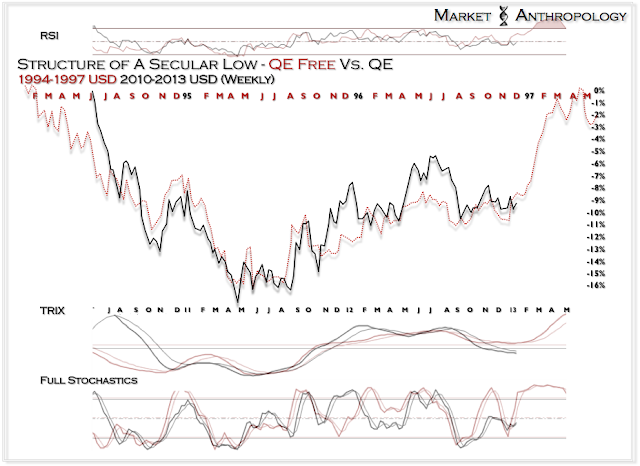 Downstream, this has translated into a sloughing environment for the precious metals complex, the euro and the CRB index. Notwithstanding of the previous secular low comparative, the chart published Friday (seen below) strongly impressions me to believe that the euro has been strengthening in a rare window of diminishing correlations to long-term relationships – such as the dollar and silver. 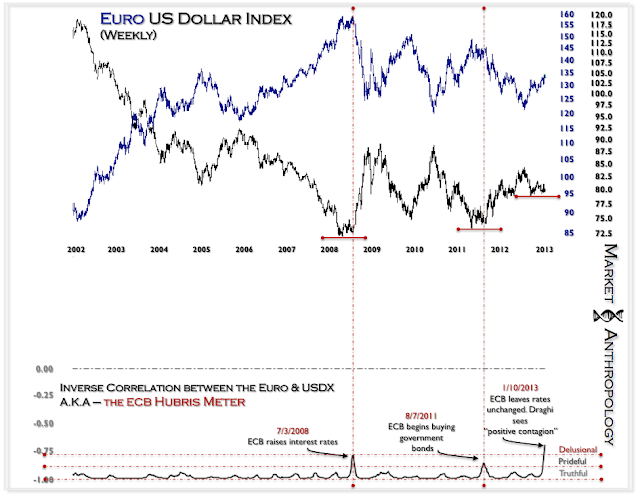 Considering this dynamic in the past has typically marked exhaustion for the euro, I believe the strong inverse correlation to the dollar and strong positive correlation with silver will be reestablished in the not so distant future.

To date, silver continues to follow the price, momentum and retracement path of the 1991 (now 1992) Nikkei comparative. 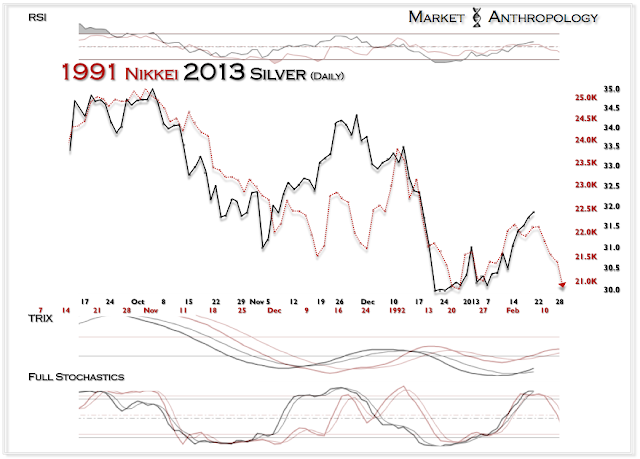 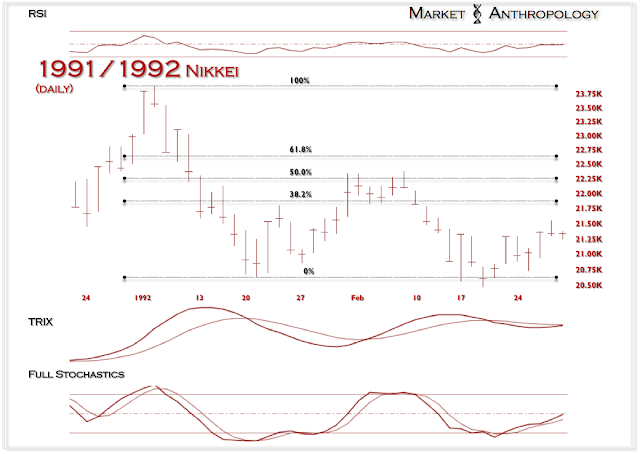 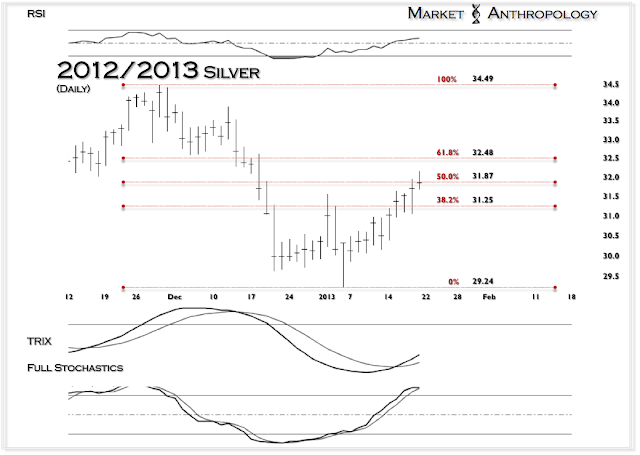 Should the comparative continue to be prescient, silver will soon pivot lower after fulfilling the 50.0% retracment level last week.