One market that we have moved our guideposts with since early fall, but one we still find historically stretched even in this environment – is in Japan with the Nikkei and the yen. From a comparative perspective, you can see in the long-term chart below that the Nikkei is sitting directly beneath overhead resistance, yet stretched at such a historic extreme that one could argue the closest market environment from a performance perspective is 1987.

Our best guess is the Nikkei gets rejected once again for a spell before breaking free at a lower level of resistance from its epic long-term range. 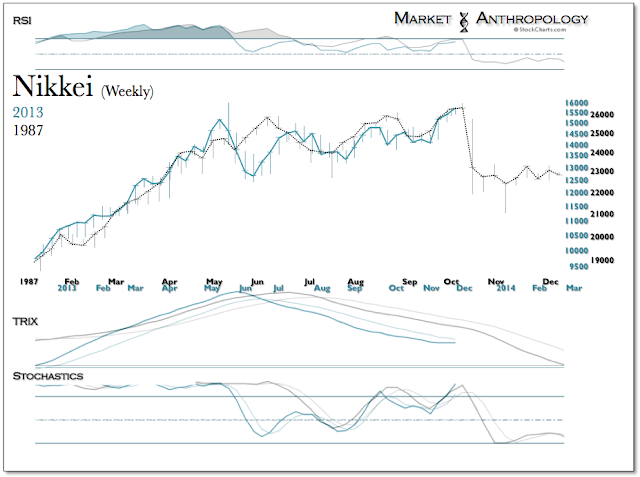 With non-commercial speculators short the yen spiking to a fresh six year high last week, commercial traders have built their largest long position since June of 2007. Generally speaking, while day traders may win a few nice rounds at the table, the house typically get’s it all back and then some. 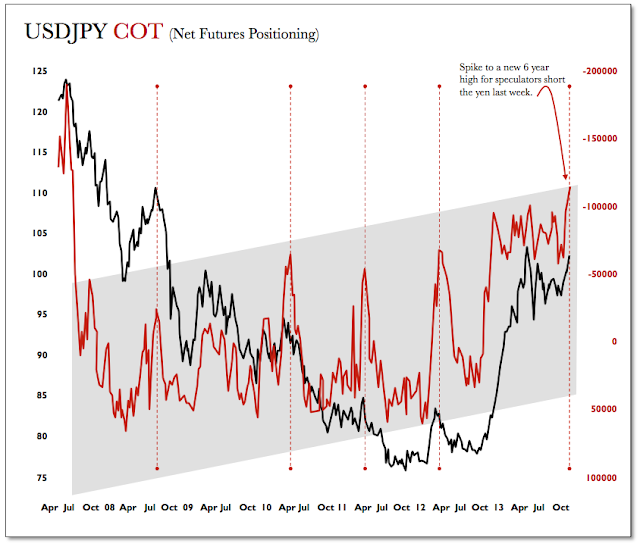 Our Quantitative Cocktails concept was predicated on the perception of the governments ability to influence risk appetites through their respective currencies. The yen will need to make a new leg lower here for this cocktail to continue imbibing participants risk appetites higher. All things considered and now similar to the dollar in 2011 – we expect the yen to complete a test of the May low and reverse sharply higher. 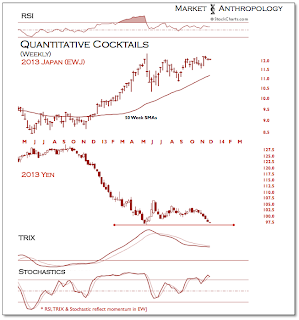 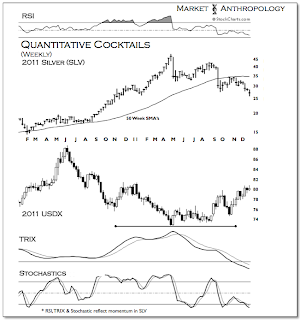 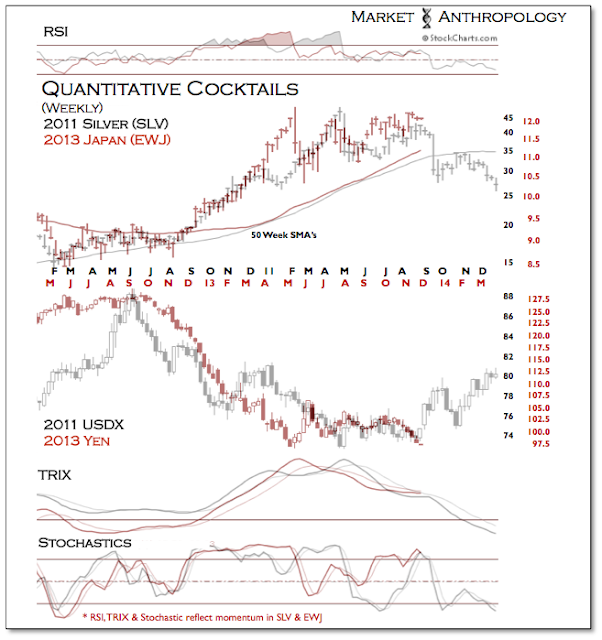