Over the past two weeks, China’s Shanghai Composite index shattered overhead resistance (see Here) – tacking on another ~10% to its already prodigious returns for 2015. To date, the SSEC is up roughly 85% over the past year, with the vast majority of gains realized since last July. To put it mildly, China’s equity markets have been set on fire, trouncing world indexes that has seen the S&P 500 tread water over the past four months.

Consequently, the SSEC’s steep trajectory has resulted in growing skepticism by those who have either a) looked for a crash in China to no avail over the past several years or b) simply expect that what goes up must come down. Our general perspective, however, remains that the breakout in China is real – and there’s more than just ephemeral speculative spirits behind the move.

The fine folks at BCA Research had a nice piece up on China yesterday (see Here), which hit on a number of the key factors greatly impacted by the significant move in their equity markets over the past year. We highlighted the main points below with emphasis on their parting statement. 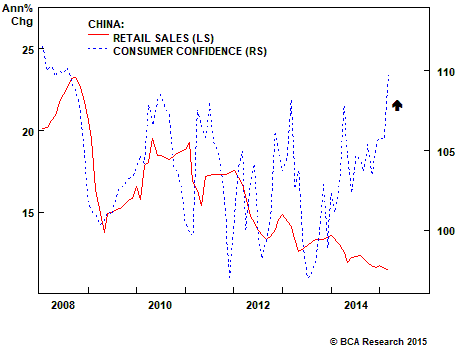 From policymakers’ perspective, however, a much more important consideration is the funding mechanism of the stock market. – The Feedback Loop of a Bull Market – BCA Research Blog 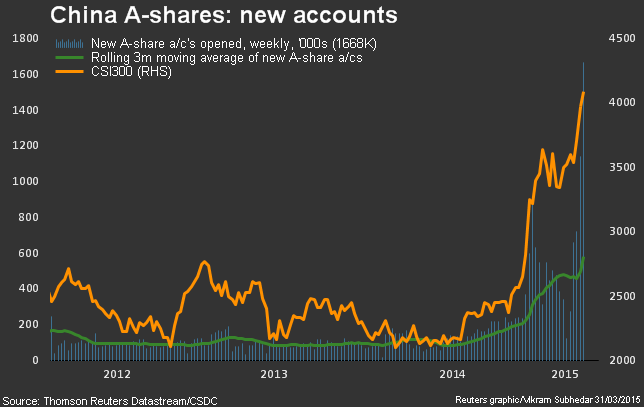 From our perspective, the recent surge in investor participation in China should be received with less speculative skepticism and more as a positive quantifier that the potential for the economy can transition from being driven solely by exports and infrastructure construction – to a greater capacity for domestic growth and consumption.

With their equity markets acting as a wealth transmission mechanism to a growing percentage of the population, the great titration from communism to capitalism continues. While we wouldn’t be surprised to see a modest short-term retracement decline, considering the outcome and proportions of the historic breakout pattern – as well as the discrete traction and growing confidence from President Xi Jinping’s major reform initiatives, we believe the potential in Chinese equities remains substantial. 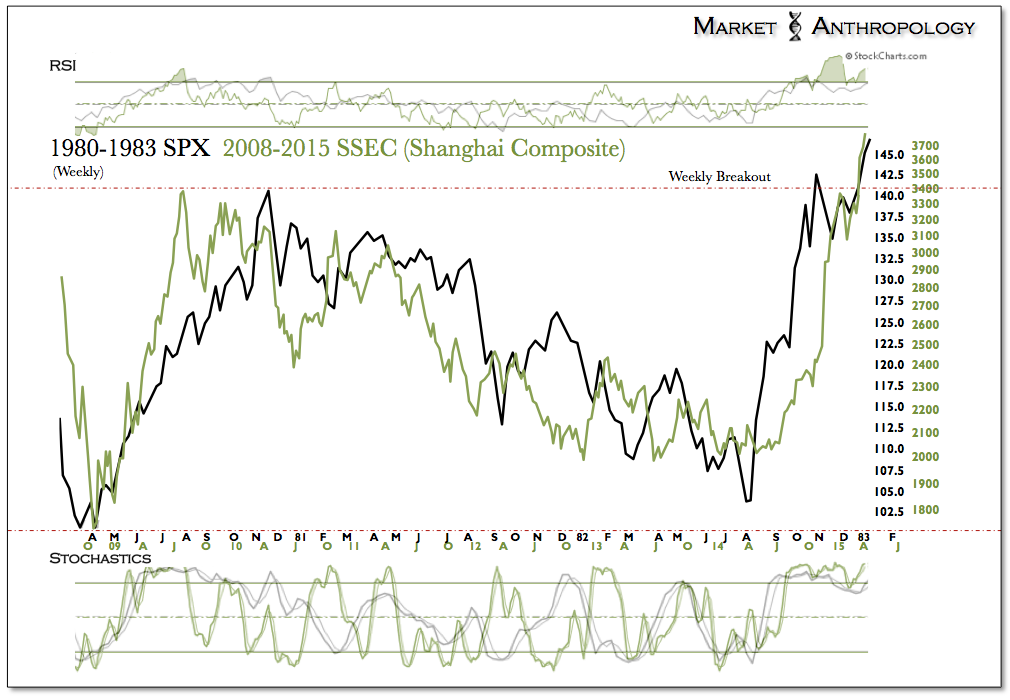 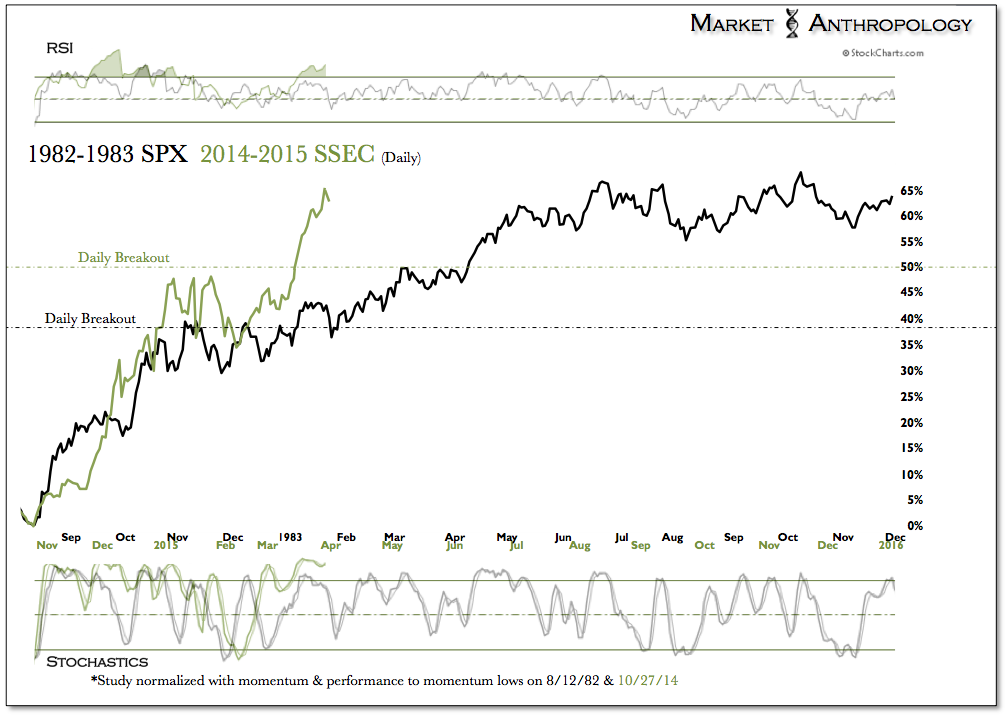 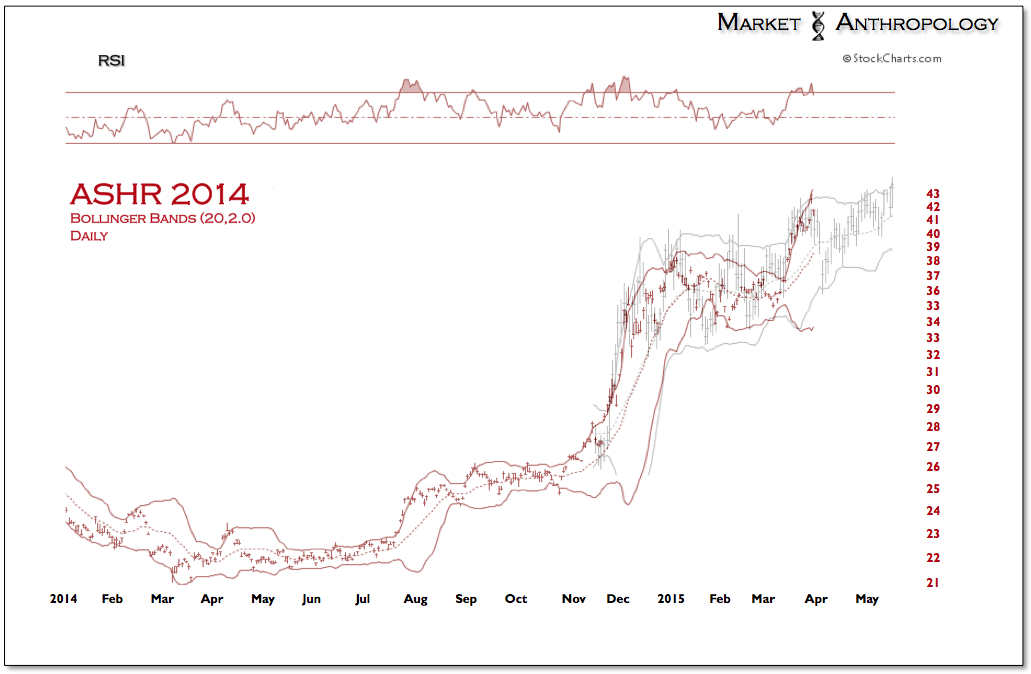 For further reading on this idea and concept, see:
China Flirts with a Major Breakout
Climbing the Great Wall of Worry in China
Taking Off in the Rain
at 4:07 PM