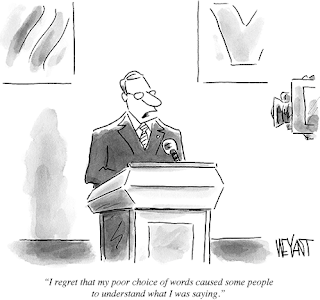 Gold took the exit ramp south Monday, meeting expectations that the nearly three month rally was poised to stall. With the Fed decision on the menu for tomorrow afternoon, fresh near-term catalysts for gold will likely be served a la carte. How participants and pundits receive and consume the Fed’s offerings largely depends on the tone in the communiqué and how participants choose to handicap future action. Generally speaking, a more upbeat and hawkish statement could generate greater near-term pressures on gold and vice versa should the doves win out. Taking into account the economic data that’s predominantly firmed since the Fed’s last meeting in January and the more stable conditions present in the financial markets over the past month, it seems reasonable to expect that the Fed will deliver a brighter outlook.

Since we first highlighted last December the similarities in gold with the initial taper in December 2013 (see Here and Here), gold has followed its trajectory higher as the US dollar has increasingly come under pressure after listing with popularity as the macro trade to be placed once again in 2016. With gold now following the March 2014 seasonal pivot lower – the question becomes: will gold and commodities succumb to another disinflationary squall, or have underlying conditions in the currency markets shifted to more benevolent times for valuing hard assets and participants should expect a more moderate pull-back in gold? 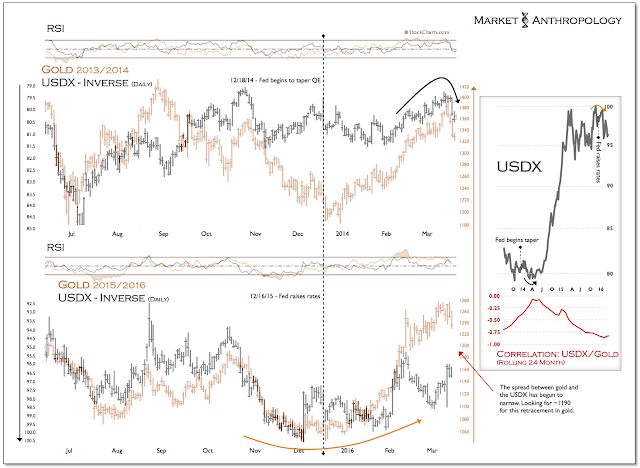 From our perspective we believe the latter is more likely and continue to hold a near-term target of around 1190 for gold. This opinion is based in part on the following assumptions and observations: 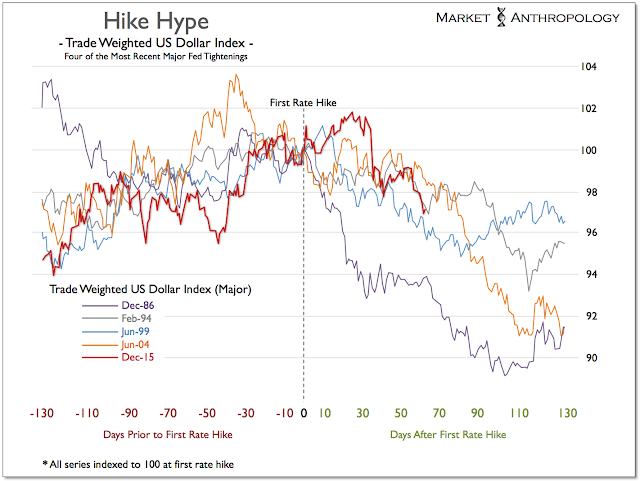 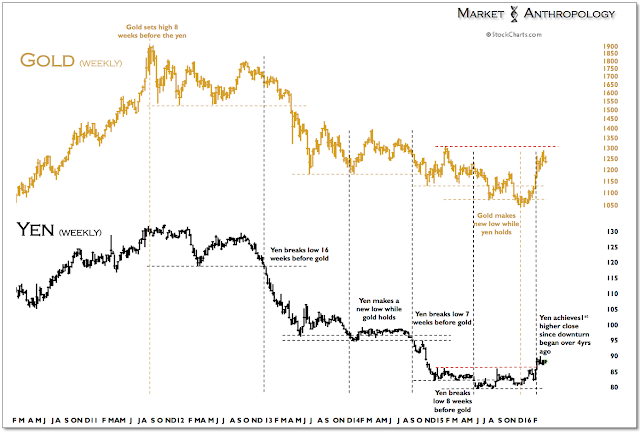 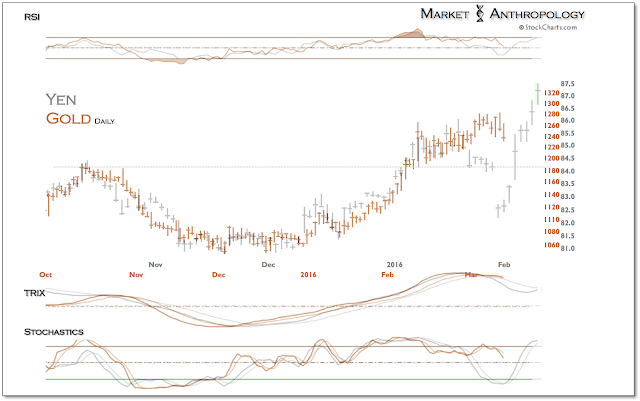 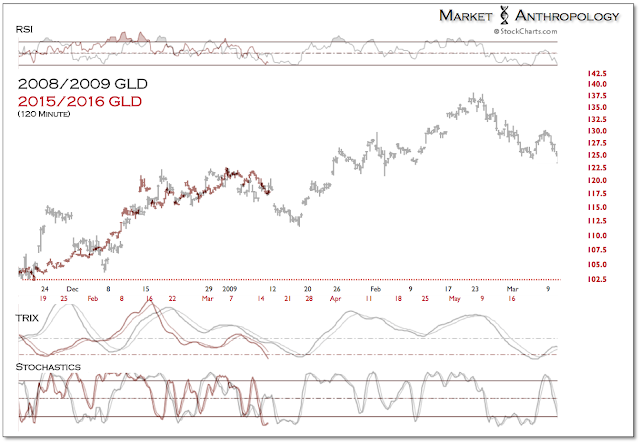 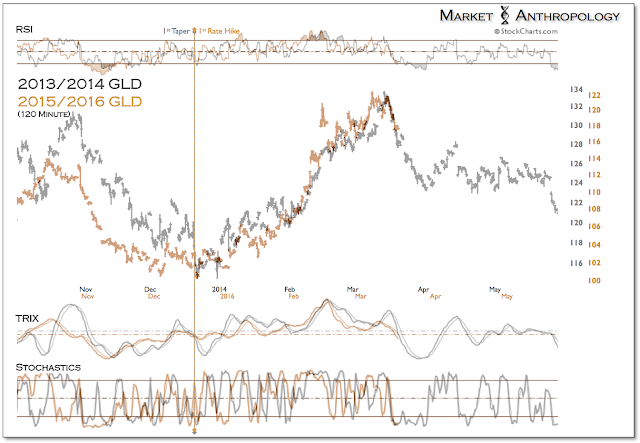 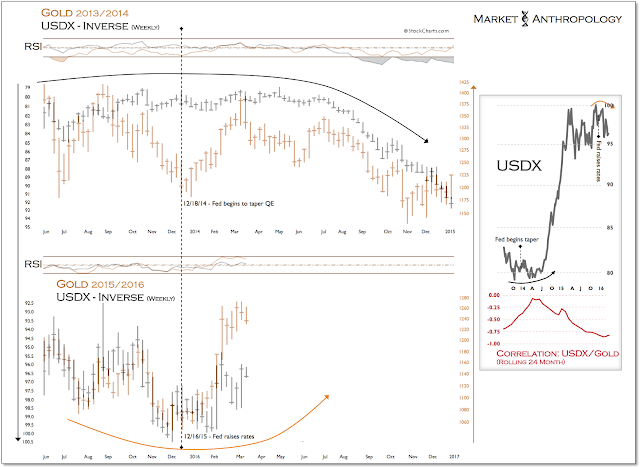