the Delta blues – Side I

With consumer confidence at its highest level since before the Great Recession and with unemployment below 6% for the first time since 2008, you might expect a more ebullient characterization of the economy and outlook for the future. And yet the prevailing sentiment remains that the current recovery stinks.

Predominately, because it has taken so long for us to get here. Most economists would agree that the recovery has been slow and uneven with wide swaths of the workforce encountering varying economic conditions. Although the unemployment rate has fallen swiftly over the past two years, it still remains at a relatively elevated level. Whereas, the average jobless rate for the decade before the Great Recession hit in December 2007 was 4.9%, the current recovery for this decade has been significantly higher around 8.1%. From our perspective – and like most things in life, the crux of our collective frustrations and disappointment extends from a lack of understanding what the realistic expectations of where we are situated. Simply put, you’re not 18 anymore – and either is the economy.

With the jobs report on deck tomorrow, we though we would share a simple visualization of how we view the economy and this recovery. Generally speaking, we approach the markets from a top down perspective that starts with a characterization of the long-term yield cycle and progresses with shorter asset appraisals that are affected by its bearings. 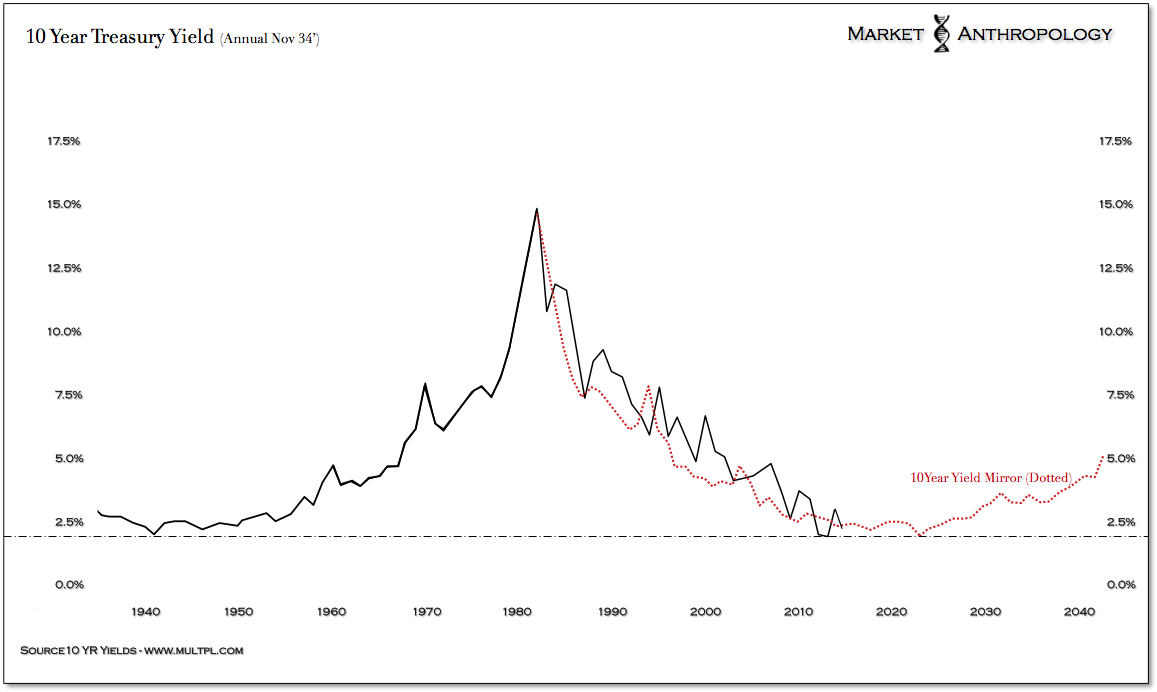 The long-term yield cycle is a massive period that extends for decades from trough to trough – the current cycle in its eighth decade since the previous secular low was made in 1941. Comparatively speaking, the current cycle is roughly twice as long as the previous cycle in the first half of the 20th century. As we conveyed in previous notes, we expect the current trough for the cycle to extend into the next decade before yields make a sustained secular move higher.

One way to look at the current disposition of yields and the economy is through the prism of a river systems channel morphology. For this analogy, assume that the secular peak in yields in September 1981 served as the headwaters for the great economic expansion of the 1980’s and 90’s and the lackluster conditions we remain mired in today. Back in 1981, the downslope gradient in yields was steep and the velocity of the recovery swift. Similar to the erosion in a river bed that is affected proportionally by the speed of the water in the channel, the subsequent sub-cycles have all exhibited progressively longer recoveries – as the gradient of the cycle lessens and lengthens as it makes its way towards the terminus of the delta. 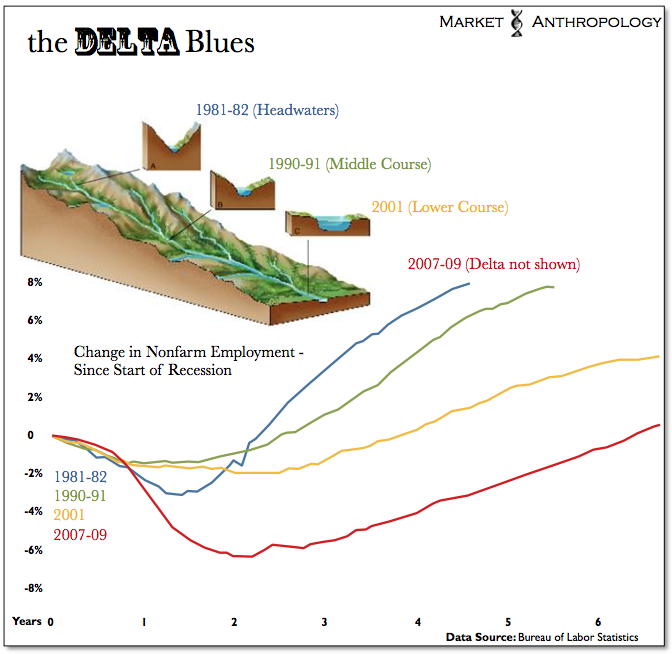 The broader takeaway, is that while we would all welcome the robust GDP prints from the 1980’s and 90’s or income growth above 5%, the economy – like the river channel, is limited and affected by its downstream situational bearings within the yield cycle. While the Fed can build creative engineering controls and levees to buttress sections of the economy and certain markets – they can’t make the entire river system run upgrade. And like we witnessed in the financial crisis, sometimes those systems fail – and fail with spectacular consequences.

Nevertheless, it is what it is and we like to remind ourselves as reminiscence of economies and market conditions of yesteryear are brought up for comparison with today. Point being, although we expect the jobs report tomorrow to remain upbeat, we continue to find the bullish conventional wisdom directed towards the US and US dollar exceedingly optimistic, especially when participants and pundits cite current market conditions in relation to the two previous occasions when the dollar broke materially above its perennial downtrend. In many ways, anticipating that the dollar will continue higher from here as it did in the early 80’s and late 90’s, would be akin to expecting similar economic conditions to materialize in the economy today. While we have come a long way from the delta blues of the financial crisis, bear in mind where we sit in the broader cycle. Similar to our structural expectations with yields, the dollar should follow its lead and trough-out as the balance of the worlds major economies take the torch we have carried and maintained over the past several years, as we collectively make our way across the broad transitional divide to the next era of growth. 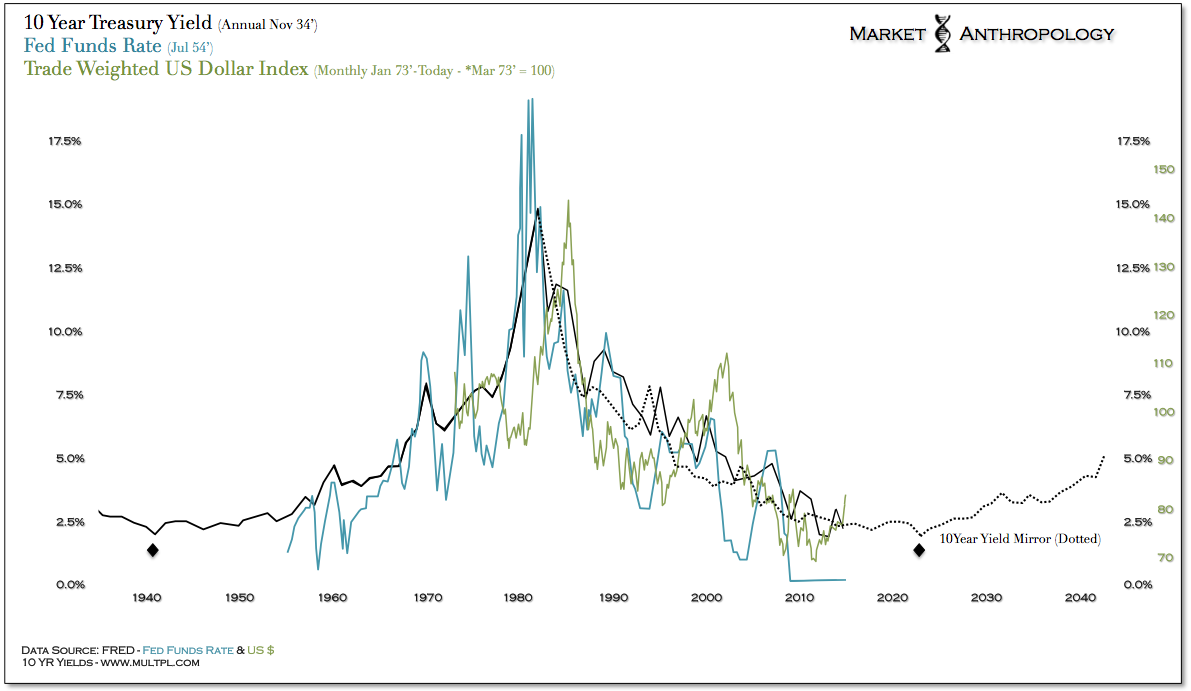