The Breakdown Before the Breakthrough 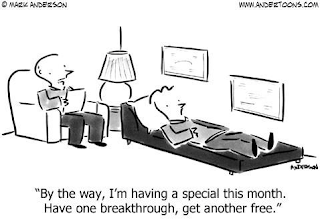 Since our last note (see Here), the US dollar index has made its way down to the lows of last summer, currently hovering just above the Brexit upside pivot from June 24th, 2016.
Although asset trends can elicit major technical breaks from oversold conditions (i.e. crash), the more probable outcome from our perspective favors another retracement bounce, before traders can set their sights on breaking through long-term underlying support that’s confined all declines in the dollar index over the past 3 years.
Maintaining a KISS approach of lower highs and lows that has served traders well this year in the US dollar index, we would look for the highs from early July to contain a prospective bounce. This methodology also applies to the flipside of momentum for potential lows in the euro, yen and gold – with the two latter assets also likely influenced by the short-term respective trends in equities and yields. In this respect, over the near-term the Japanese yen and gold could hold up better than the euro, as we suspect the rally in equities gives back this months gains – largely supporting the uptrend in long-term Treasuries and buttressing safe haven assets like the yen and gold.
From a comparative perspective with the pattern breakdown in the dollar index that has closely resembled the complex and broad top carved in gold between 2011-2013, a near-term bounce in the dollar would develop before the index breaks through long-term underlying support later this year. Anecdotally, considering current pessimism towards the dollar, the pattern similarity should continue. 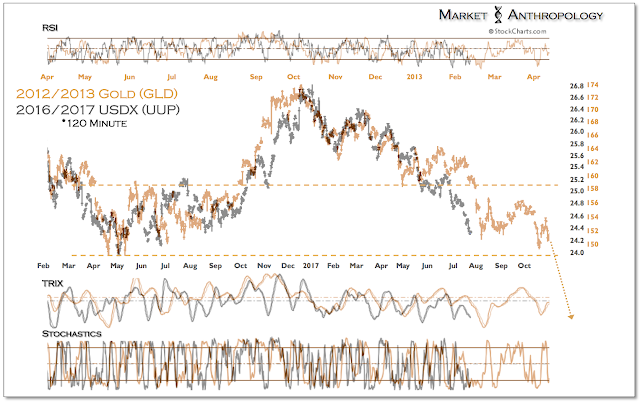 When we look back at the cyclical top in the US dollar index in 2002 that corresponded with a secular breakout in gold, the similarities extend with today in pattern and proportion, as well as from an intermarket perspective where long-term yields were at a positive correlation extreme with the dollar and turned down again with the dollar’s cyclical pivot. The net effect broke gold and the broader commodity complex out of a secular downturn, as declining real yields helped tilt the scales in commodities favor. 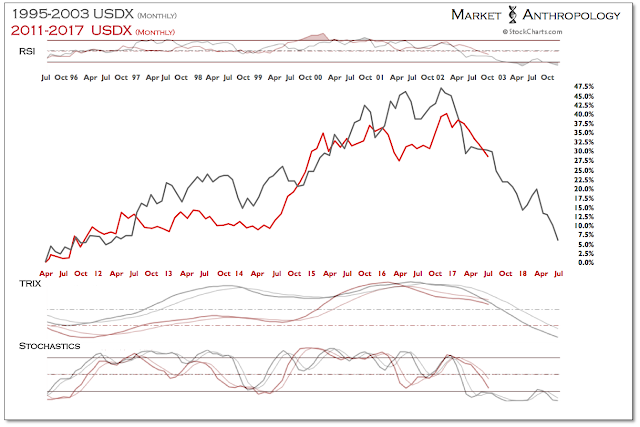 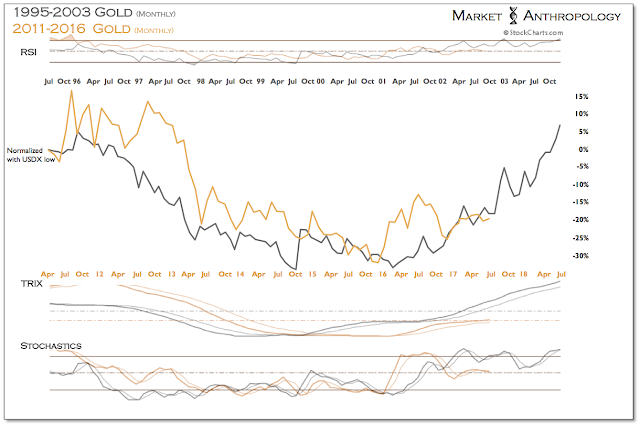 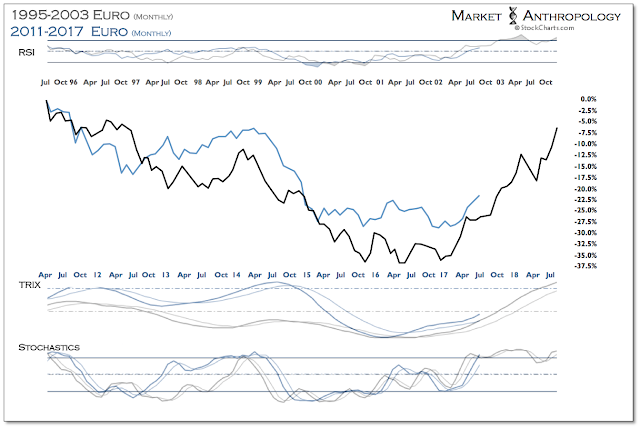 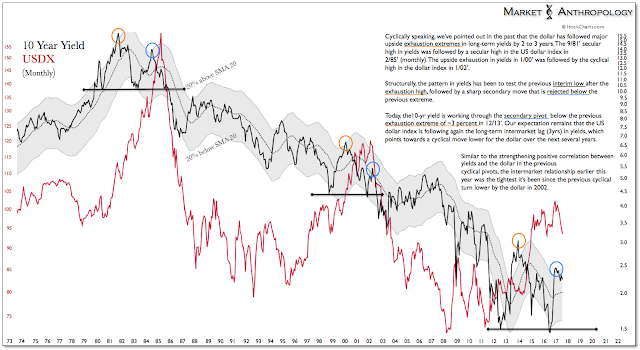 Although we are less inclined to presume long-term yields will materially break below the lows from last year as they did coming into 2003, we still believe there is much greater upside reach for the current inflationary trend – than the Fed’s capacity to raise rates. This is largely because we expect the current expansion will diminish the Fed’s appetite to tighten as it continues to mature. All things considered, real yields should continue to decline, even if the downside range of long-term Treasury yields is limited. 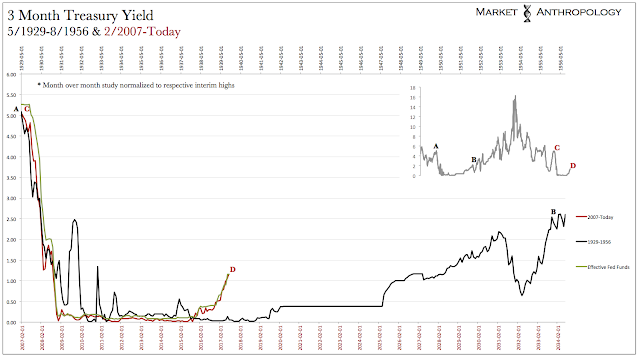 Looking back at our month-over-month comparative from the secular peak in the 10-year yield, the relative symmetry of the decline continues with yields basically at their respective mirror of the mid 1940’s. While the linear regression of the current retracement is tracking shallower than the secular build from the previous cycle low in the 1940’s, over the next year we see a declining dollar eventually capping the downside in nominal yields as realized inflation begins to surprise again to the upside. 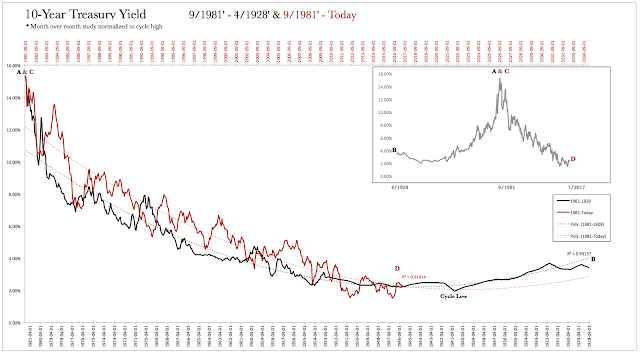 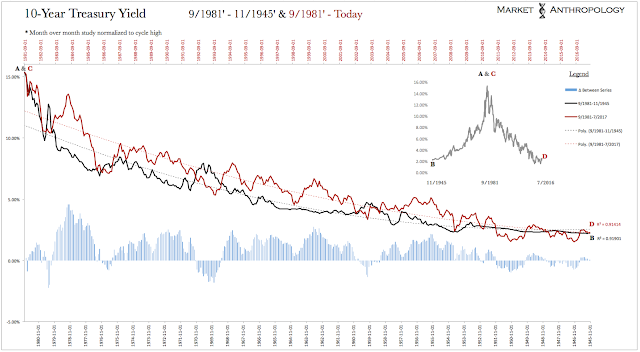