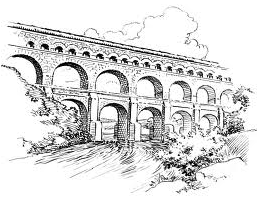 When I think about where the equity markets are today, it’s apparent that a large catalyst needs to occur to break the bond market’s flood gate and open the psychological aqueduct to the equity markets. Considering the size of capital parked in that market, I can appreciate the logic of the bulls’ thesis there.
It could be the game changer.
However, as evident in Spain this week, how will that money ever leave without a return ticket, if there is so much psychological and material damage constantly being inflicted on the system itself? If it didn’t come out this winter in the long window of complacency provided by the central banks – I don’t think it will get another opportunity any time soon. They may succeed at stimulating peripheral markets and asset classes for a spell, but violence begets violence – and I don’t see an end to “the conundrum” Greenspan introduced to us so many years ago. Europe, China and a deflating commodity cycle will squeeze the emerging and commodity driven markets that carried us after the last round of the financial crisis and only reinforce the widespread asset deflation going on in Europe today. It will eventually run its course, just as water finds the path of least resistance – but from my perspective, that channeled catalyst is no where on the horizon.
Getting back to the equity markets, the obvious appears to be unfolding – just as it did in the two previous springs. Of course the devil is in the details, and if you look close enough – the undercarriage that brought us this far is corroding. 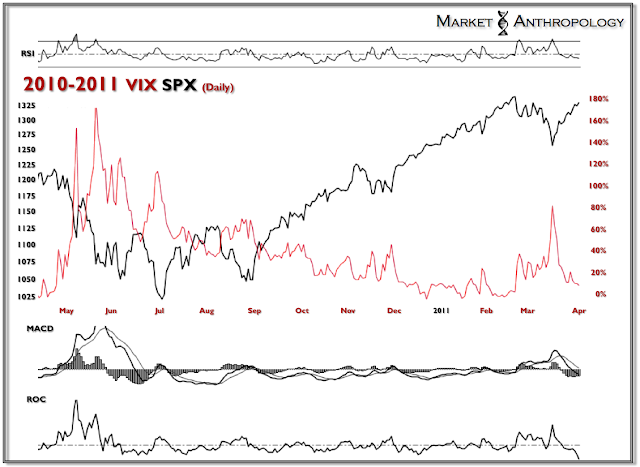 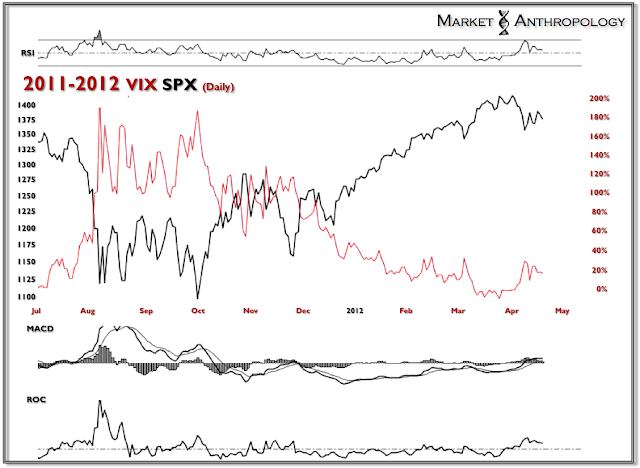 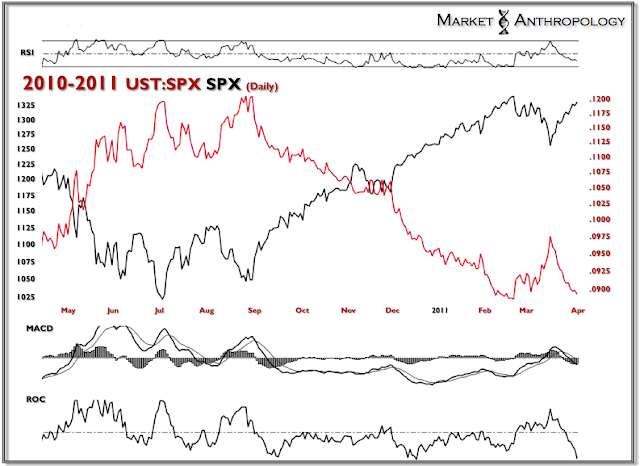 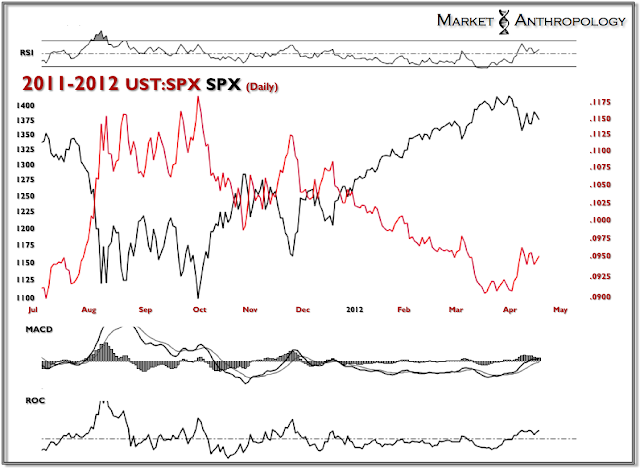 As apparent in the last series contrasting the price structure of Spain’s ETF to the SPX, I believe a tradable low – similar to last March is unfolding. It will likely serve as the base to the equity market’s final push higher through May. Less we forget, there is a rather large IPO coming to a neighborhood near you.
As always – stay frosty.
at 8:39 AM