With the debate continuing on whether the domestic equity markets are stretched at another historic extreme, we thought we would take a variant look at the fundamental metric many have voiced their opinion on recently – that being, Robert Shiller’s cyclically-adjusted price-earnings (CAPE) ratio. While we would echo the esteemed Professor’s remarks that the ratio shouldn’t be used to market time crashes or make short-term trading decisions, we view the series with broad appraisal of form, flow and proportion – and then in comparative perspective with the current market environment to glean any potential insights.

As much as the 29′ vintage or even the 37′ tape scares up the most headlines and eyeballs these days, there is a historic analog (one that we are fairly certain no one references and few remember, sans Cashin), that does resemble traits of the current market environment from several different metrics and measures – e.g. yields, valuation, asset cycle, Fed policy and even post-war strategic posture.

However, what really brought us to the 46′ parallel, was simply looking at the CAPE ratio on a longer-term horizon and with reference to the yield/rate cycle – which we would argue primarily drives the boat from a valuation and asset cycle perspective. 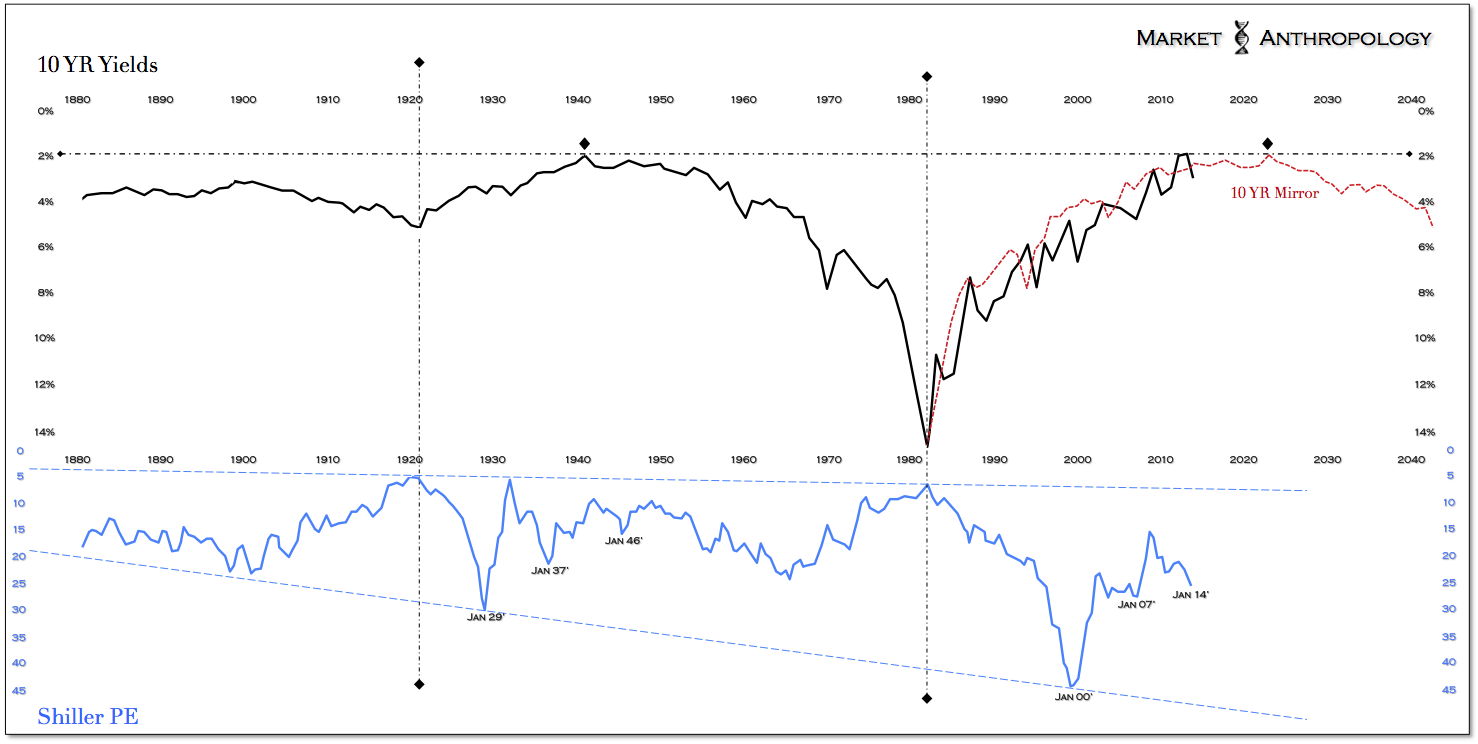 All data courtesy of www.multpl.com and based on yearly data as found on January 1st of each year

A few observations between the two series charted above:
Why look at 46′?

Although the metric is very close to the valuation peak in 07′, we would view a pivot lower this year as this cycle’s equivalent to the ratio’s historic trend through 46′.

This perspective is supported by similarities in: 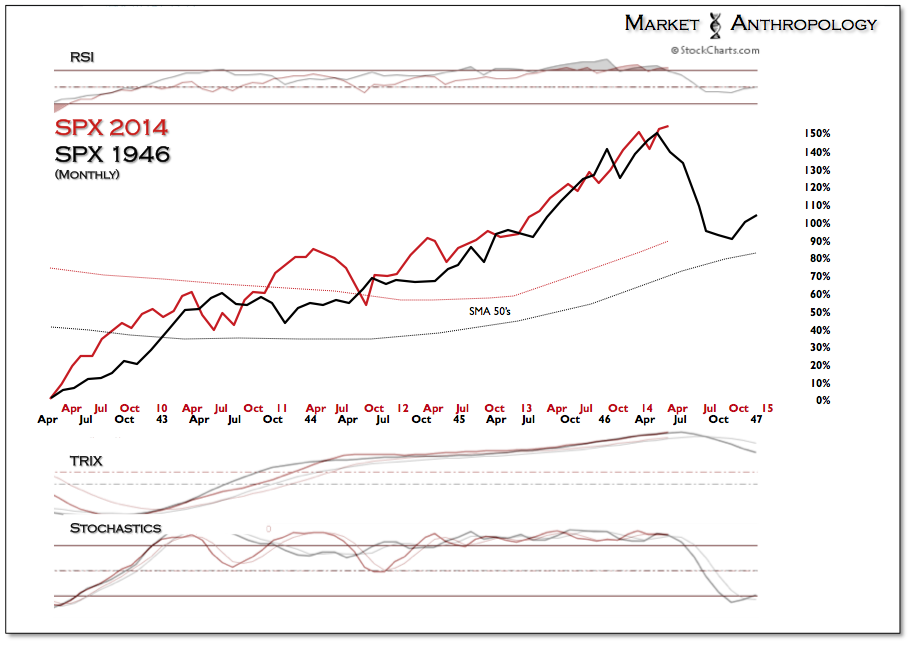 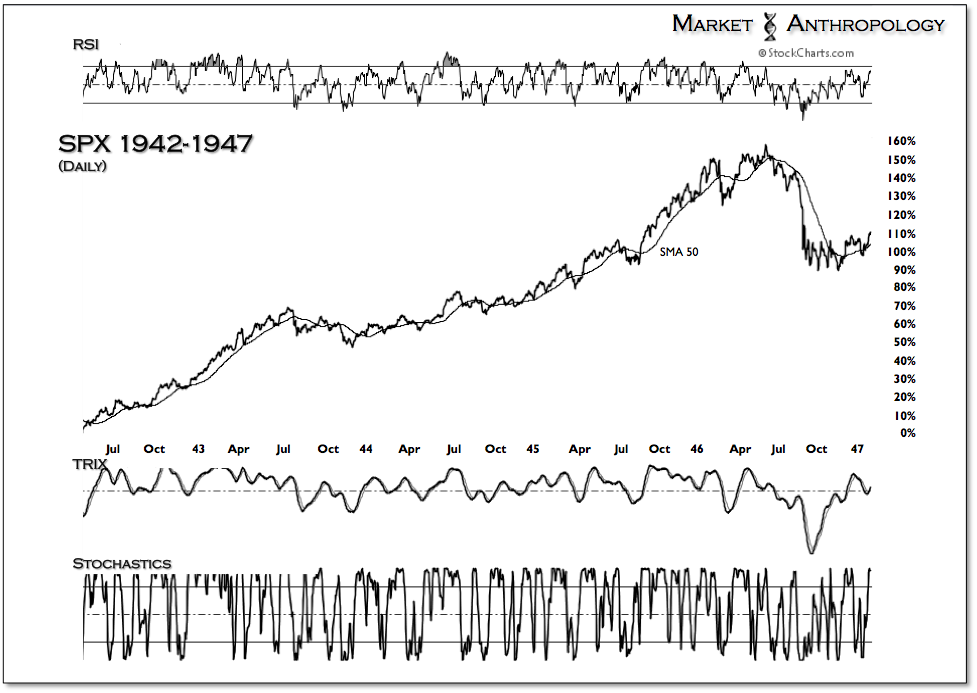 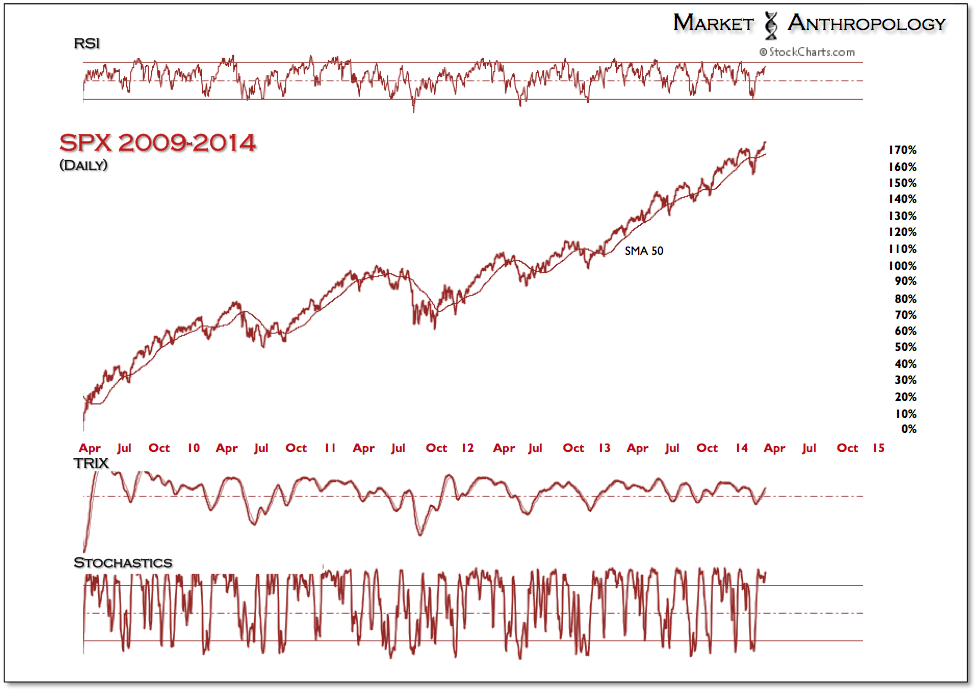 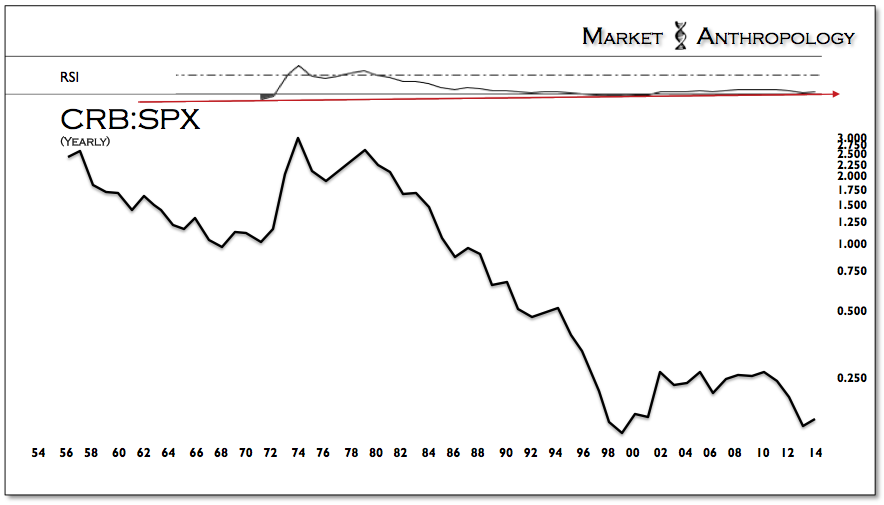 How Russia, the Ukraine or the new Twitter diplomacy fits into the equation is anyone’s guess. But if you needed any more spurious evidence – the 46th parallel does run straight through Crimea…
at 11:36 AM