Signs of the Times

With Google breaking through the $1000 barrier this past Friday on a very strong earnings report, the latent expectations and empty promises of the tech bubble of yesteryear is bearing more fruit than just Apples.

As we have noted, the current cycle is actually tracking the earlier footprints of the previous historic drive rather closely. 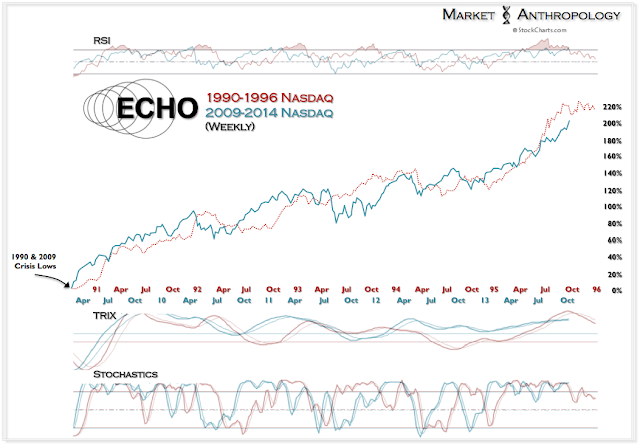 The strong push higher for the tech sector in Q3 dovetails with our comparative Meridian work with the SPX, which would indicate (from a relative performance perspective) that the sector could take a breather coming through Q4. 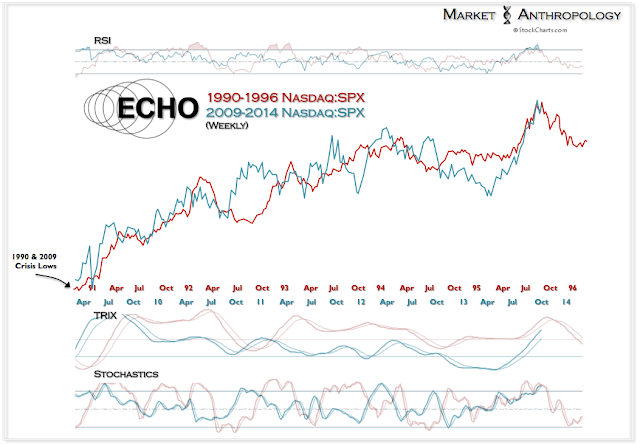 Although there are congruences in form and momentum between the two cycles, the most significant difference with the current market environment is that the Nasdaq has not become such a large performance outlier as it was during the 1990’s. 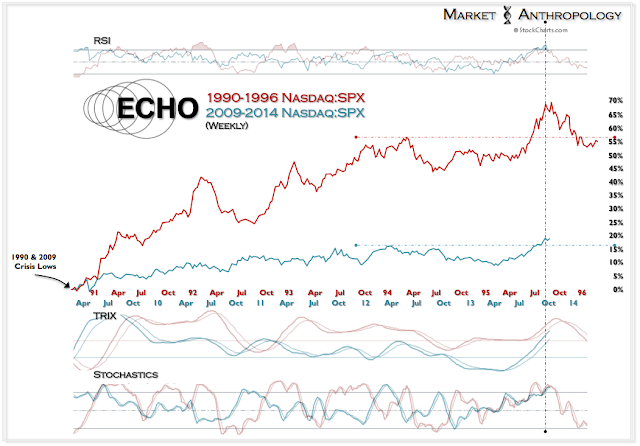 This time around the block the balloons have been filled more evenly – yet most efficiently captured by another high beta index – the RUT. 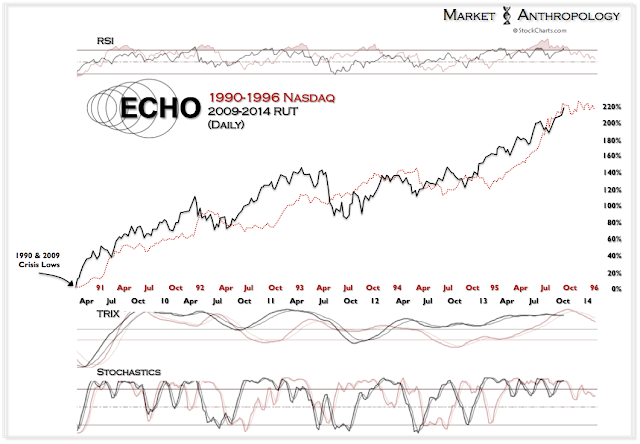 Should the RUT continue to outperform and inflate the next asset bubble, we would expect it to be at the expense of the US dollar – which as we have shown trends with large cap outperformance.

This ebullient market profile in which small caps have handily outperformed large cap stocks, had helped us pivot down on the dollar earlier this year and revise our future equity market expectations higher. 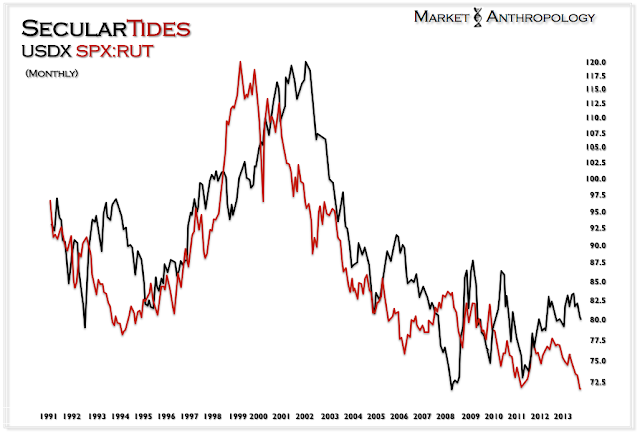 Narrowing the timeframe, but buttressing the idea of consolidation in the Nasdaq through Q4, is our own Apple comparative. Going on more than 10 months, it has helped guide us both on the way down – and on the way up. 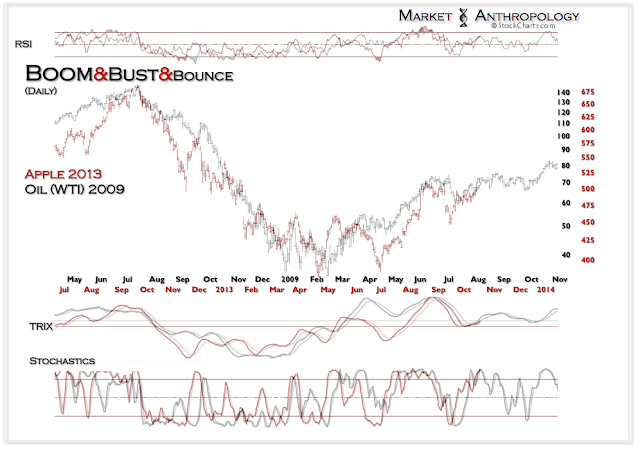 Should the comparative remain prescient with Apple, the stock will look to backtest its most recent stair higher around the timeframe of Apple’s next earning announcement later this month. 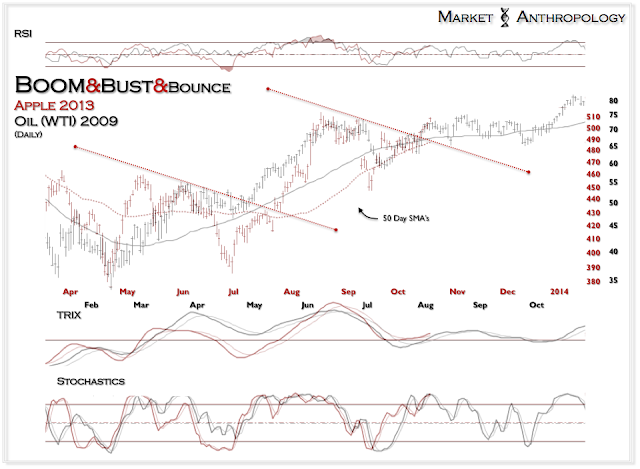