If you thought the past five years were tough (they were) – adapting to the next chapter is just as difficult. 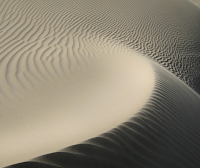 Broadly speaking, as traders – markets, expectations and causations are more apparent when the system is highly correlated. The cruel irony, is that so many financial professionals and products were hyping and selling the concept of diversification through one of the most highly correlated periods in market history. Hindsight 20/20, it was poor advice and timing. Without pulling any punches, perhaps Mark Cuban said it best back in 2011, “Diversification is for idiots.” If there was ever a time to be tactically focused along the markets steep arc of traumas and recoveries, the last five years were your stage. With an embarrassment of emotions to exploit, the spread of potential outperformance was ripened to the vine. The unfortunate and counterintuitive reality is that most of the savviest financial professionals missed the harvest and brought down the baseline of performance – relative to the market – during this timeframe. The psychological and intuitive degree of difficulty was simply too high.

Today – however, with the chains of correlations continuing to drop like Django from his burdened shackles, a higher degree of diversification makes greater sense to the average investor. If you don’t have the time or the resources to find those corners of the market that are primed for outperformance, while mitigating the risk of underperformance and volatility – intelligently increasing diversification is a good idea. This isn’t to say you should take an equal slice of pie from the markets major food groups. Like most things in life, diversification – in moderation. This dynamic of old will also likely be welcomed by hedge funds whom over the course of the last decade have failed to earn their keep in outperforming the indexes. As we transition through this period of diminishing and shifting correlations, the cream within the industry will likely once again rise to the top with more abundance and diversity.

A few things we are considering in light of these shifting sands:

Generally speaking, when assets become less correlated and stop moving in lockstep fashion – it isn’t entirely wise to be strategically bearish towards the intermediate time frame. Across and within respective sectors and asset classes, the once typical correlations have continued to languish. While there is always a chance that we are simply in the eye of the storm so-to-speak, the considerable length of time that has passed since the correlation environment has shifted without resuming its previous dynamics – lends the argument to at the very least become more agnostic and opportunity driven on sides of the market we have avoided.

As expected, the markets found the cascades in the currency and commodity corners (EUR, AUD, gold & silver) we had anticipated. While very much living up to our expectations of character, i.e:

“…the risk continuum in this environment extends beyond normal distribution; i.e. – those looking at mean reversion strategies, either from an oversold price or sentiment perspective – may find themselves in a barrel cascading over the edge.“ The Cascades 3/2/2013

– they have taken separate tributary falls to get to their current position. With respect to the great commodity unwind, this relative destructive interference of flows and lack of correlation even within the commodity sector itself has been received by the equity markets as net positive – rather than concern of a more disorderly tone. This likely explains why the equity markets since making their lows last November, have diverged considerably from the silver:gold ratio it has trended with since after the initial banking crisis in 1990 – and to a large degree – have discounted our concerns of disinflation and the ever present specter of deflation. The bottom line and where the rubber meets the road; in this environment, finding yourself on the right side of the currency and commodity markets has yielded little insight towards the equity markets.

Although our reflexes are to wince at reading, “Things are different this time“, the context and reality still rings true. Considering the legendary source, we would all be the wiser to take note.

“Things are different this time. We have been studying markets for more than 50 years and have found certain consistencies and patterns repeat themselves. While most of these simple approaches to market analysis worked quite well in the first three years of this cycle (aggressive leadership, sentiment extremes, regular periods of correction, breadth and momentum divergences, overbought and oversold extremes, six month seasonality, FRB variation in stimulus, etc.” since last November the picture has been different. ” Money Makes the World Go Round – Robert Farrell, May 5, 2013