Below are two identical charts that I have been following this year, contrasting the US dollar index and the large cap/small cap ratio as expressed by the SPX:RUT. For purposes of expression, the first chart has been stripped of the actual monthly data – leaving behind each respective 50 month SMAs.

You will notice that over the past two decades both series have trended together, with typically a lag between pivots – in what I refer to as the primary and secondary tides. In essence, just as an oceans tidal effects are delayed by the inlets of a bay, the pressure differentials in correlations between markets –  express a lag as well. The primary tide was determined by the first long-term moving average to pivot from trend. 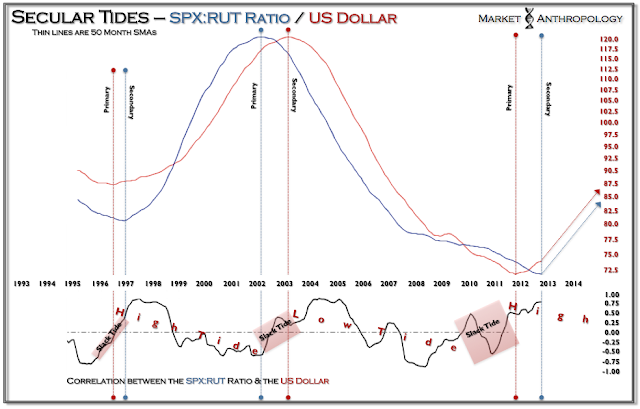 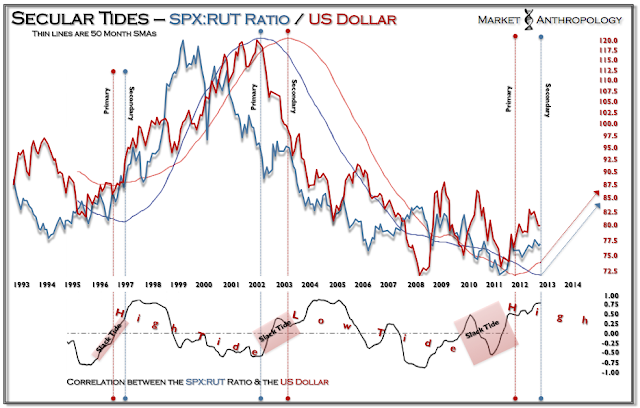 It is my suspicion that over the next several months, the effects of a stronger dollar – in the face of historic interventions by our monetary handlers, will once again initially have a disruptive influence on the broader markets; with higher beta stocks – such as the Russell 2000, leading the broader market lower.

This market perspective dovetails cleanly into my note from last week (see Here), describing the conforming pattern of the long-term moving average of the silver:gold ratio – that is now resting on its 20 year trend-line. 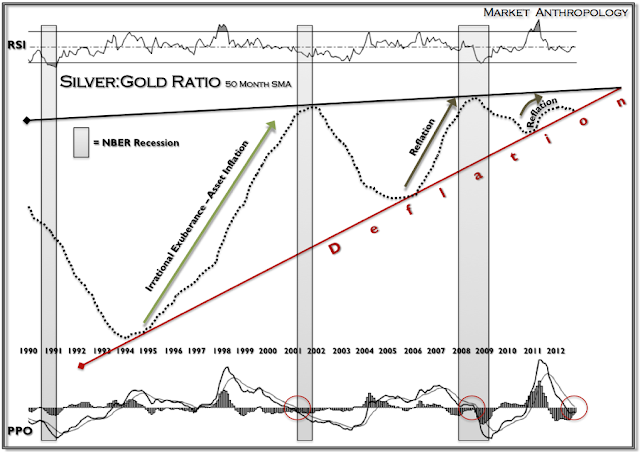