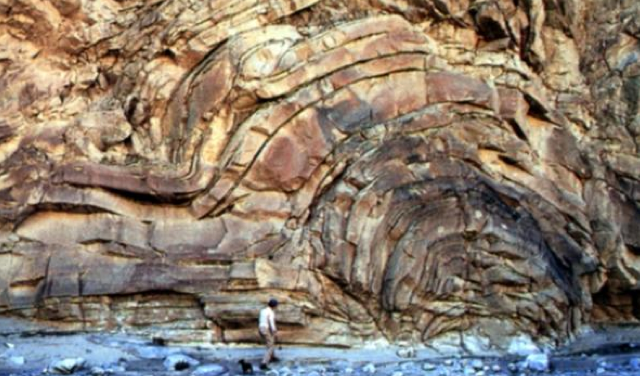 Besides spawning a dangerously misleading quasi-analytic academy of bubble prognosticators and agents of misfortune, the capital-interupted flows from the financial crisis itself wrinkled and deformed the very crust of our financial lithosphere – causing great consternation and debate by market cartographers and participants ever since. Recency biases, post traumatic stress perspectives: we’ve all been there from time to time when the clouds darken and white caps start blinking on the horizon. Is this another big one? Is the ship going down – again? Fortunately, and like most seasoned and salty sailors, after some time at the helm navigating the swells and standing in the sea spray,  you once again feel the pulse of your own mortality – as well as the relative comfort in her almighty cadence. Could she/will she claim your livelihood at any given moment? If you stand too close to her unbridled footsteps  – certainly. We just don’t think that the risks within the system are elevated today or blowing from an easterly perspective that so many are concerned with.

Picking up on the theme of our last note, the commodity markets have built on their respective breakouts, with silver – our wily proxy for risk appetites at large, starting to lead the pack with characteristic upside flair. Behind the scenes the US dollar index has continued its roll back to the 70’s, reinforcing the reflationary feedback loop that in our opinion is broadly bullish towards maintaining positive inertias within the system. While it wouldn’t surprise us to see both the dollar and silver come off their recent trends just for a spell, we do not believe the risk/reward pays from an asymmetric point-of-view with market timing countertrend moves after what we have perceived to be major pivots for both assets.

Although the V shaped bottom for both silver and gold was the historic norm going into last year, we are continually impressed by the intuition of the comparative profile with the Nasdaq’s (circa 2002/2003) that was applied to silver almost three years back (see Here) – and which aptly foreshadowed the structure of the W low in place today with silver as well as the relative timing of the cycle low. Having said that, we also find it interesting – if not spurious – that the very long-term CRB:SPX ratio is in progress of completing a prospective reversal in like pattern.

For now, however, we’ll take it one wave at a time and surf silver as far as she’ll take us. By our estimates it looks like a big wave. 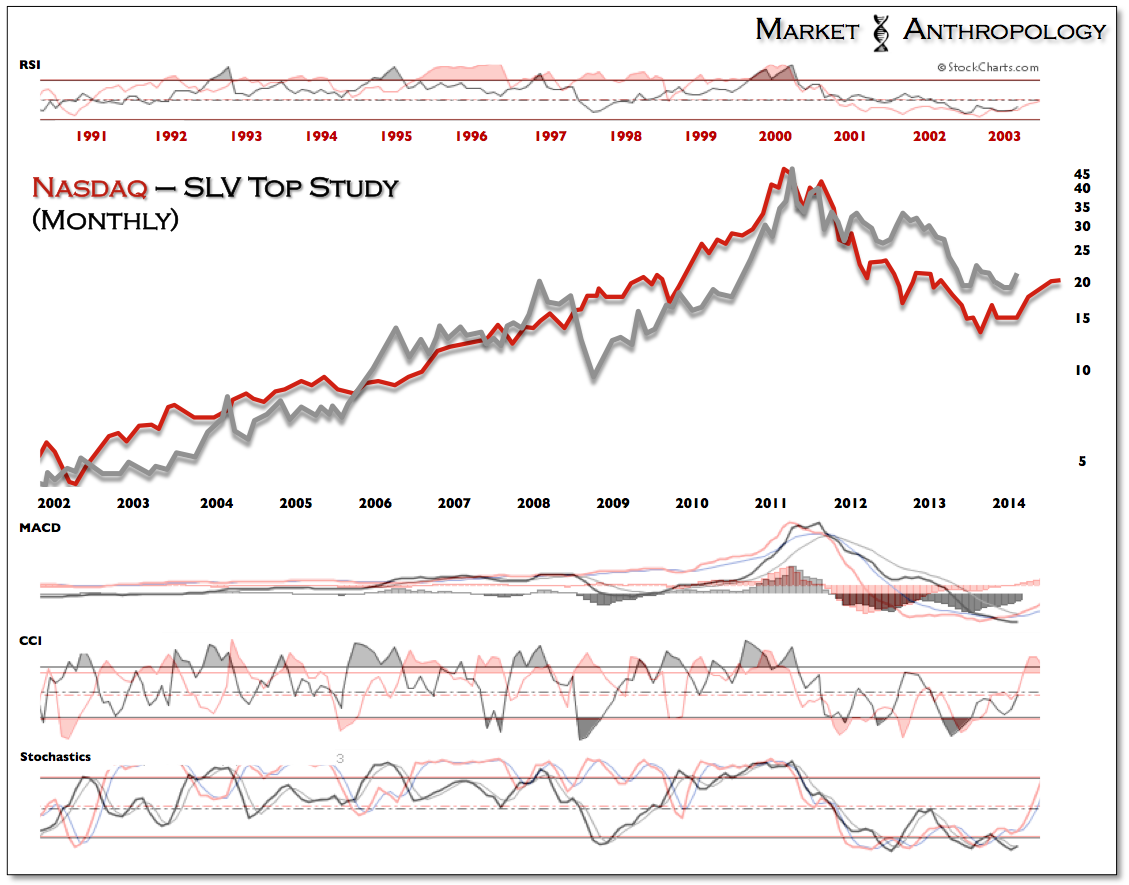 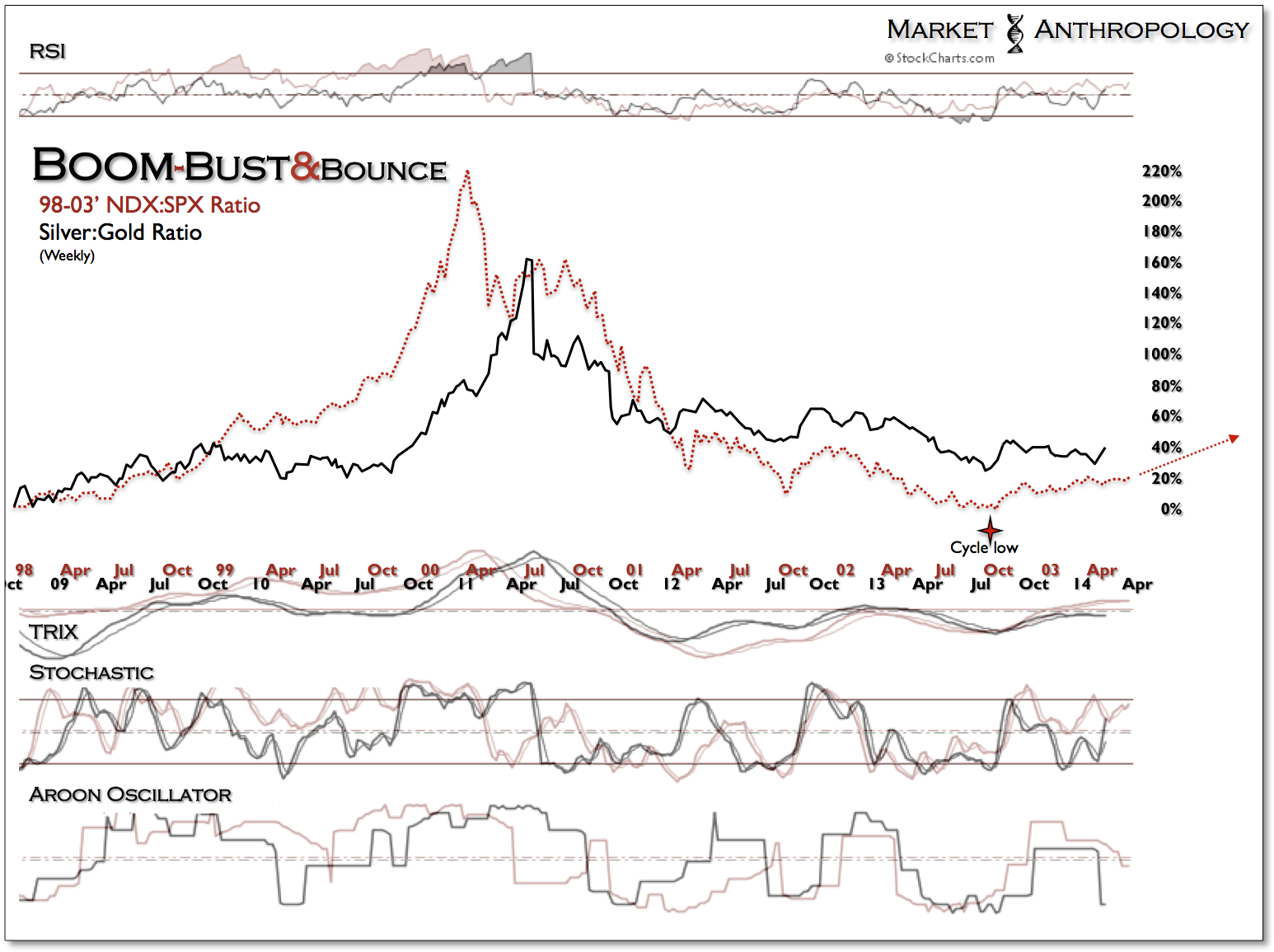 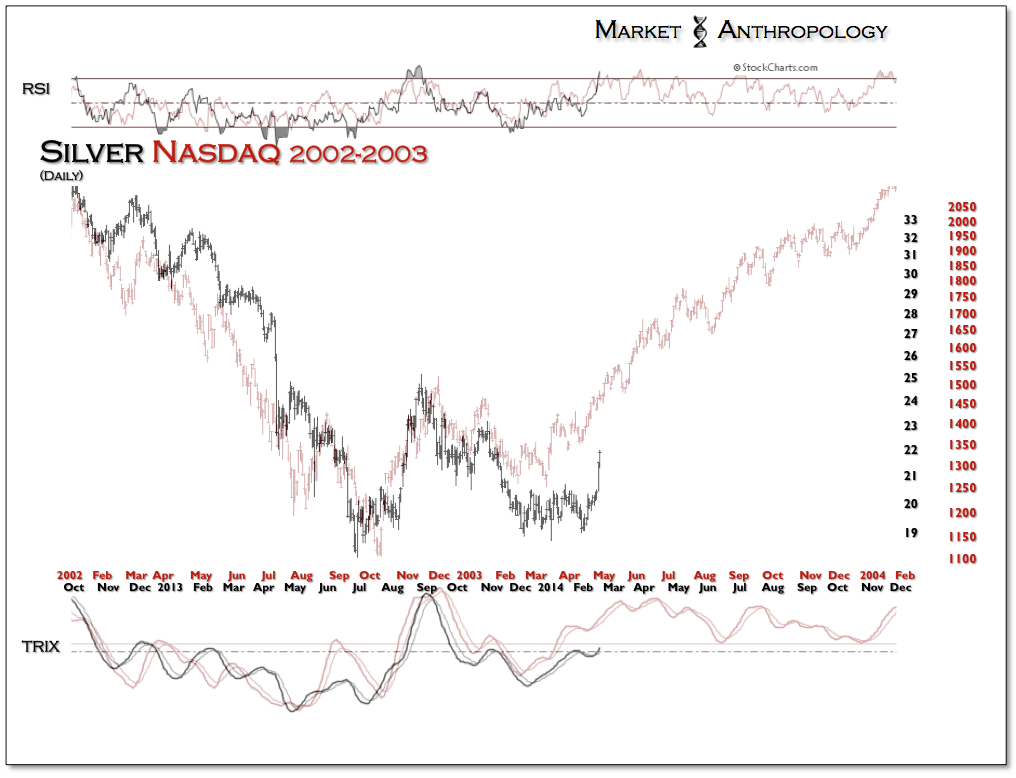 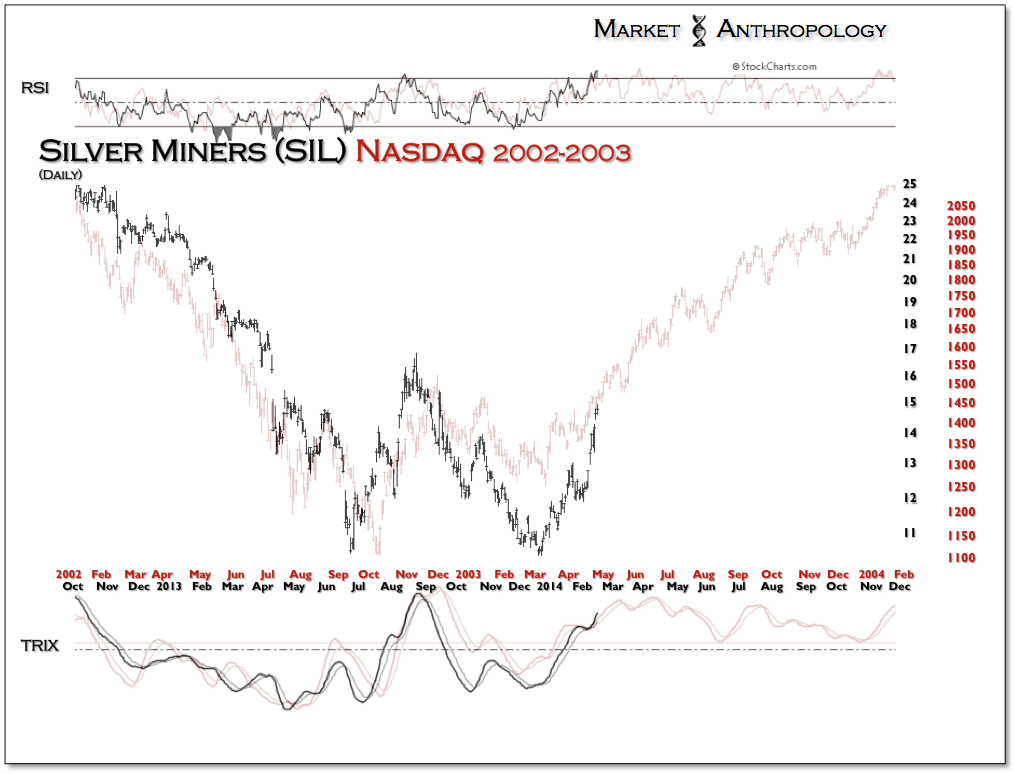 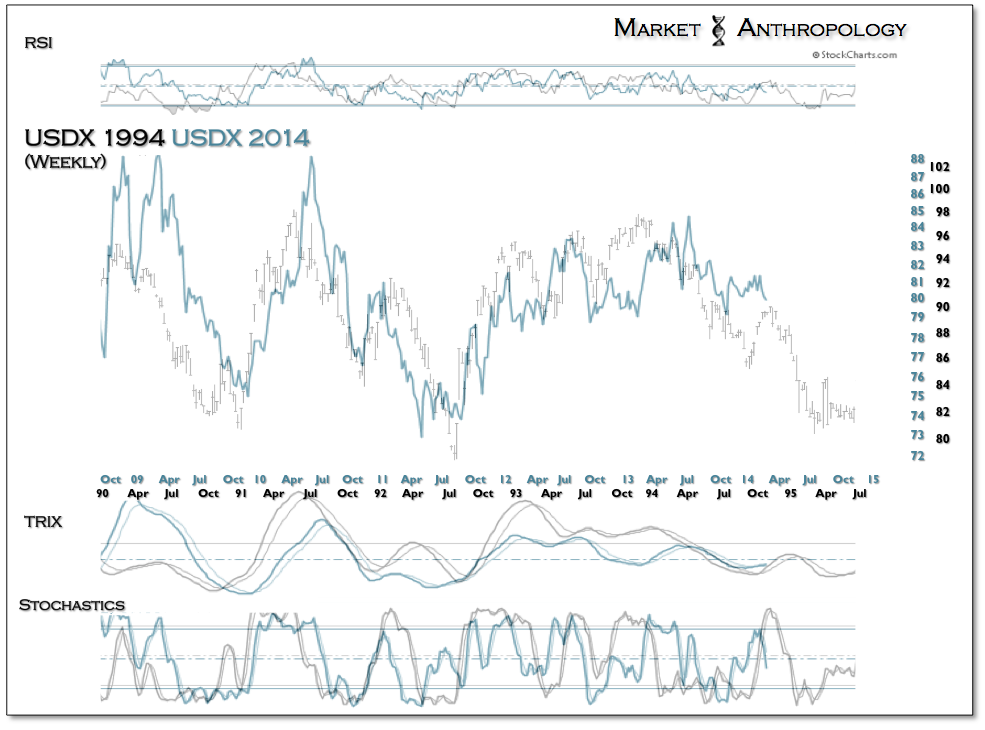 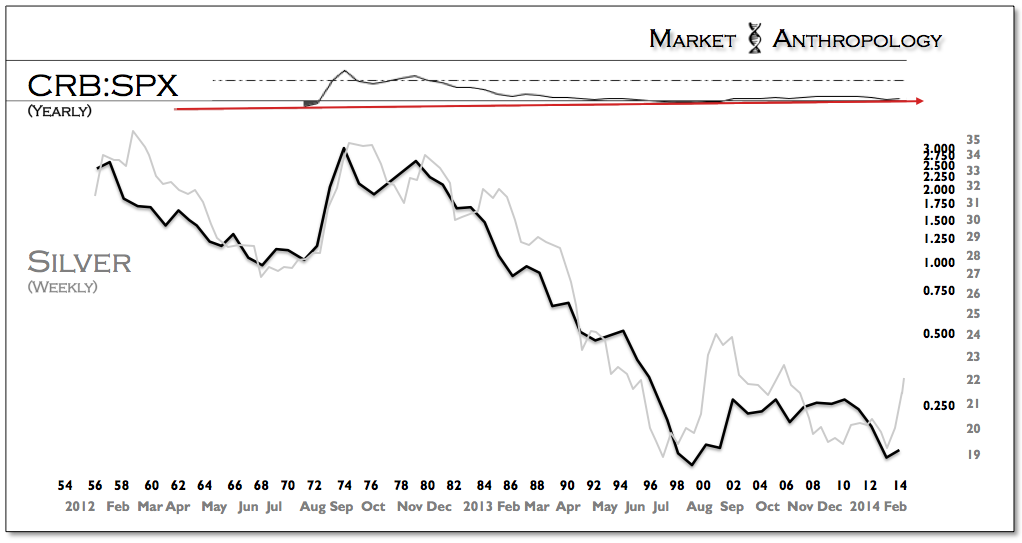