Becoming bearish on the U.S dollar was a major pivot for us. By assuming the dollar was susceptible to another trip lower through the bottom of its long-term range, it alleviated some of our immediate concerns with the disinflationary trends we were uneasy with this past winter. This development opened the possibility that inflation expectations could improve with a weakened currency in the back half of the year; thus, likely reinforcing the trend higher in the equity markets. It also opened the door that the precious metals complex would find support and begin to claw their way back in a market environment that became exceedingly bearish as the currency and inflation backdrop shifted in their favor.

Below are a few updates of the patterns and fractals we have been following for the USDX – which continue to point towards long-term weakness and a gradual roll over for the index. 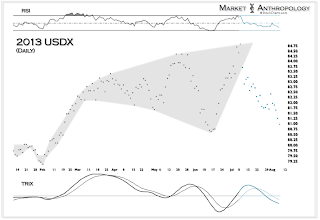 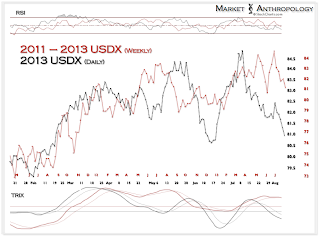 As we have shown in our previous notes, both the last two cycles (94′ & 04′) where the Fed have shifted postures away from accommodative monetary policies, the USDX has weakened. Below is the 1994 comparative which presents a similar long-term structure and momentum profile for the index today. 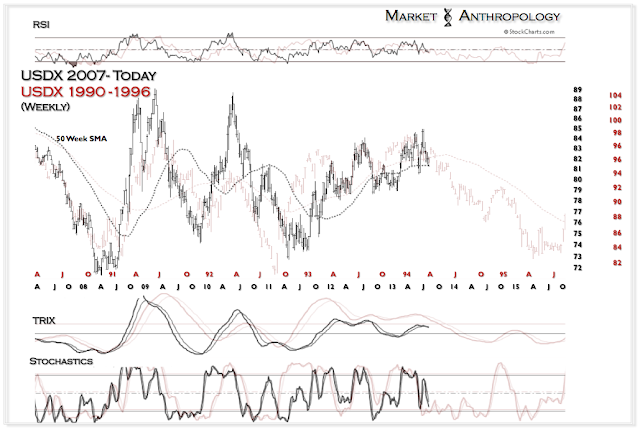 Reinforcing the USDX’s vulnerability is the surprising strength displayed overseas in Europe, as shown below in Spain’s IBEX index which continues to trend away from what appears to be a major low last summer. While we had our doubts last fall that Spain’s troubles were behind them – the market has climbed through those concerns, very much along the lines of its previous long-term low in 2002/2003. 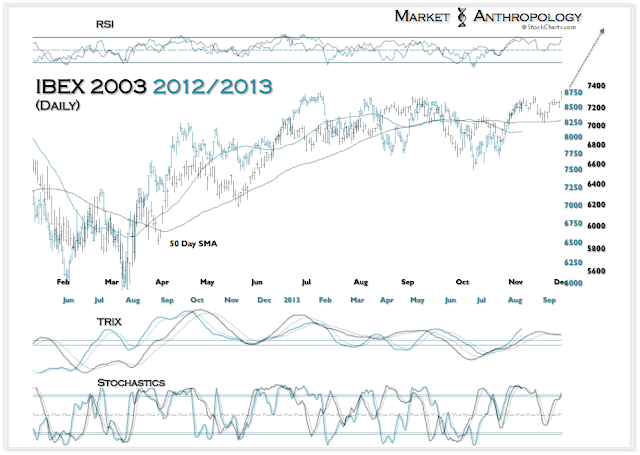 Below is a euro comparative for the above time period which was fit based on the IBEX chart. The takeaway for us is that perception trumps the considerable shortfalls in the euro’s structural underpinnings here, and that as long as the eurozone continues to move away from disintegration on the visible horizon – the euro will find support with Europe’s recovery. 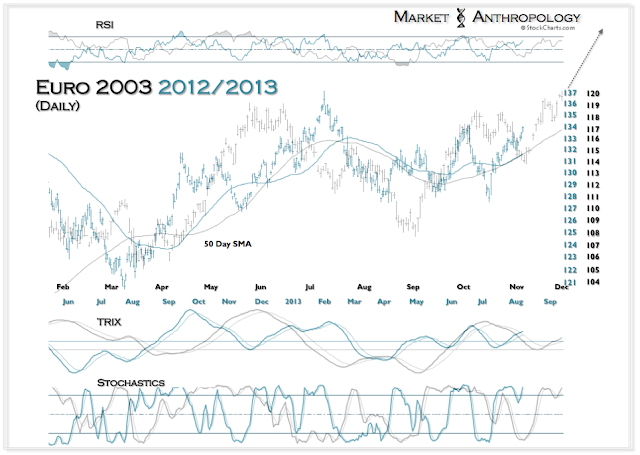