Efficient market theory just goes down easier than – “We’re all made of stardust kiddo.” 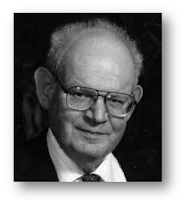 What I mean by that is the random walk for why a market trades the way it does translates better to the general public than the market’s energy is simply recycled. It’s why Black/Scholles and the modern portfolio theorists received Nobel Prizes and Mandelbrot was criticized.
No worries – more power to those that would care to exploit what I know is represented in the markets each week.
Repetitive geometry.
It is part of the reason why I have yielded gross gains of almost 100% in the last two months simply trading equity and commodity ETFs – see (Trade Transparency). Granted I utilized leverage ETFs – but the fact that over the course of 30 separate trades – over 70% of them were profitable speaks to the merits of following these guides. It is how I successfully traded silver on the way down in May and its initial bounce (see here).
Eventually the analog’s utility wears off and the market trades along its own separate path. Identifying that audible is part of the artform and process.
Today we have a fractal guide from the momentum exhaustion market of the summer of 2007. Once the market broke decisively below the bull trap, the geometry started to replicate rather tightly. These guides replicate with the strongest congruence during the initial decline. I was thrown prematurely out of a trade yesterday because of my concern for the market being so much higher than the moving average I follow. This mornings action seems to be pulling those proportions back in step. Typically, the further you extend from the break – the greater the chance the market audibles.
With that said, if the market continues to follow the analog, the bottom of the move that started today should rest ~ 1260. The bounce should then carry the market to ~ 1305 with a retracement back to the 1260 zone. A capitulation bottom would occur when the 1260 range is breached and the market quickly falls to 1220 and recovers.
However, as in the silver trade – the fractals efficacy typically begins to weaken as we move away from the break. 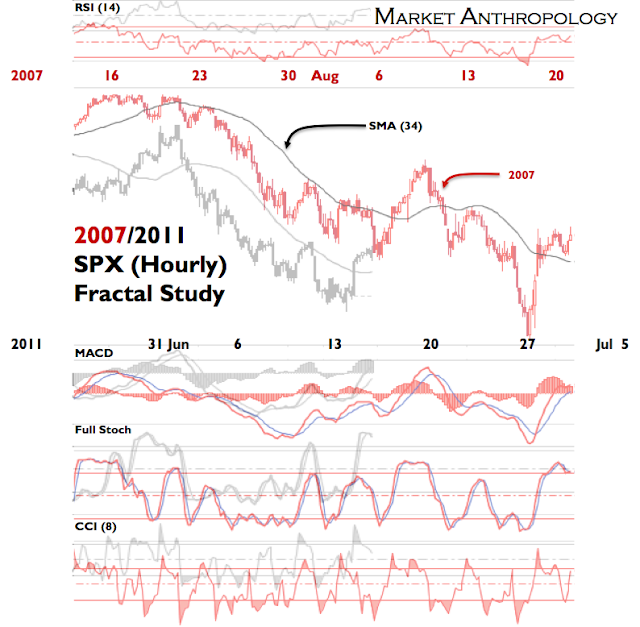 I just joined Twitter. All my trades and occasional market musings are disclosed in real-time here.
(Position in UUP)