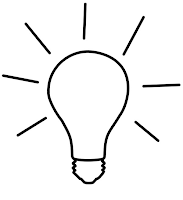 With the December Fed meeting and disclosure of QE4 now in the rearview mirror, the markets look to continue administering the psychological exams convened following QE3.

Back in September, subsequent to the announcement of QE3, I wrote a note titled – A Lucid Confusion. Here are a few abstracts from that note that I believe will continue to apply to a market environment that is just starting to transition from the denial phase of the effects and affects of QE – to recognizing its limitations to various assets.
_________________

“While I am impressed with the Chairman’s conviction and fortitude in persisting down a path he clearly defined over a decade ago, I find myself with increased skepticism towards many investors perception of its perennial influence – that closely correlates with my comparative work with trends, analogs and historical market data. What many in the financial punditry will describe as an obvious cause and effect – is more than a little bit nuanced when you step back and gauge the broader environments the Chairman has created monetary policy in.“
“I suggest we now minimize the academic conventions and transmission mechanisms of QE, and the purported impacts of the intervention playbook penned by the Fed over the past decade. Why? Because now that the central banks have once again responded to the drumbeat of their constituencies, the marketplace will now carry out psychological exams in the face of their monetary proctors. The final results, once the initial anxiety and euphoria abate – will likely uphold the long-standing market tradition of breaking conventional wisdom against the grain.

The commodity markets, that have rallied so fervently this summer in anticipation of another bolus by the Fed, the ECB and the PBC – will need to overcome the notion of “pushing on a string”, that was not nearly as applicable in 2010 – as it is today. It is my belief, based on my comparative work with the US dollar, the Australian dollar and the CRB, that the commodity rally ignited this summer will fail – and fail as prominently as the equity markets faired to the aggressive monetary policy regimes enacted by the Fed at the end of 2007.

Back then, market psychology quickly pivoted from – “Don’t fight the fed!”, to “the Fed is pushing on a string!”

_________________
Where we find ourselves today, downstream of both QE announcements, is in a market environment that is beginning to collectively realize that some of the investment theses – such as the benefits of QE to the commodity and precious metals sectors – no longer hold the same correlations they once were perceived to have. Since the announcement of QE3 in September through the announcement last week of QE4, the CRB index and silver are lower by 7%, gold is lower by 4%, the SPX is lower by 3% and the US dollar index is higher by 0.4%. For many market participants – this runs counter to what they widely believed would occur. This should not, however, come as a surprise to anyone following my comparative cycle work. In fact, it is a very good example of how utilizing the right comparative framework of broad market cycles can help establish one’s bearings in the current cycle. The asset relationships will likely be different – yet, market psychologies will largely remain constant throughout history. These are all expressed in the charts through patterns in price and momentum.

“In 2000 and 2001, as the pendulum was swinging away from equities towards the safe(r) haven and sturdier shores of the commodity sector, the Fed reached for the monetary fire hose to provide both structural and psychological liquidity to a financial system under duress. And although it initially provided momentary support towards equities and the seeds for the secular bull market in commodities, stocks eventually succumbed to the path of least resistance. It was a bear market and the psychological bid of the Greenspan Put was now immaterial to the larger forces at work.

Today, we have a very similar dynamic in the now matured commodity sector with the prospect of QE and central bank interventions on the table. Whether emanating from the Fed, the ECB or the PBC – resource investors now work with a dangerous level of moral hazard in the face of reality within their respective investment theses. The general thought has been: more easing – higher commodity prices. And although this causality helped drive the dramatic returns since the fall of 2008, the several dozen easing initiatives by the world’s major central banks over the past year have done very little to arrest the decline in the commodity sector that began in May of 2011.“ – Denial 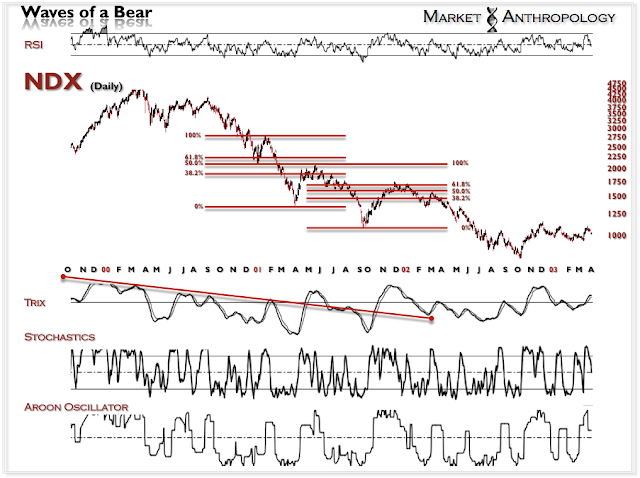 Throw a few more easing initiatives in by the world’s major central banks and voila – a lower CRB? The light blue profile is after the comparative was made last August. I am undoubtedly biased by my own perspective, but you can clearly see where the euphoria of QE3 was quickly ephemeral, and the long-term downtrend established in May of 2011 – reaffirmed. 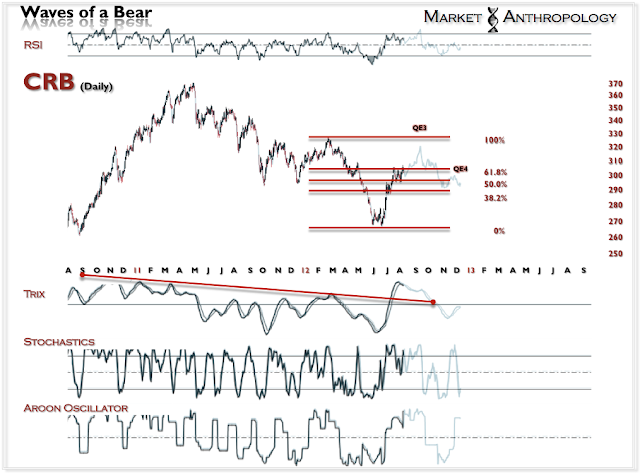 Here is an update of this comparative, contrasted with the NDX’s large 61.8% retracement rally that was completed at the end of 2001. 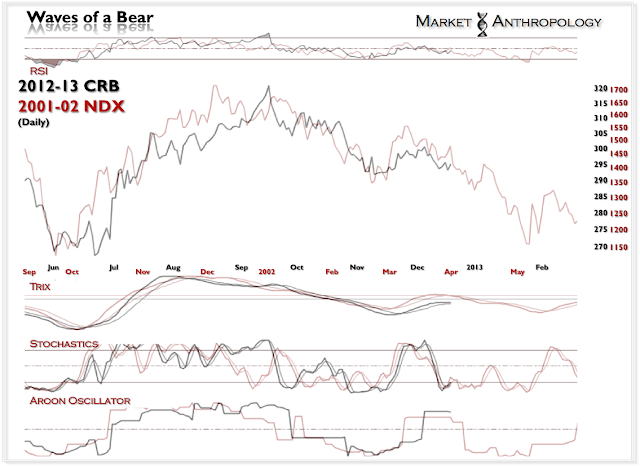 Undoubtedly factoring into the arc of commodities is the US dollar index. And although most of the “hollering” last week was on the downside, it appears to moving – both from an asset relationship and comparative cycle perspective – to the point of breaking out.

As I have mentioned in the past, silver has led by several sessions, pivots – both on the downside and higher, in the euro. This lagging, but correlated asset relationship, has been in place since both silver and the euro peaked in May of 2011. Considering how poorly silver has traded, both last week and since QE3 was announced – colors my expectations for a lower euro and a higher dollar in the not so distant future.

Getting back to the disillusionment and false optics of asset relationships to QE, the USD continues to closely follow the last time it made a secular low in the mid 1990’s. Should the comparative continue, the next move higher is the breakout leg. 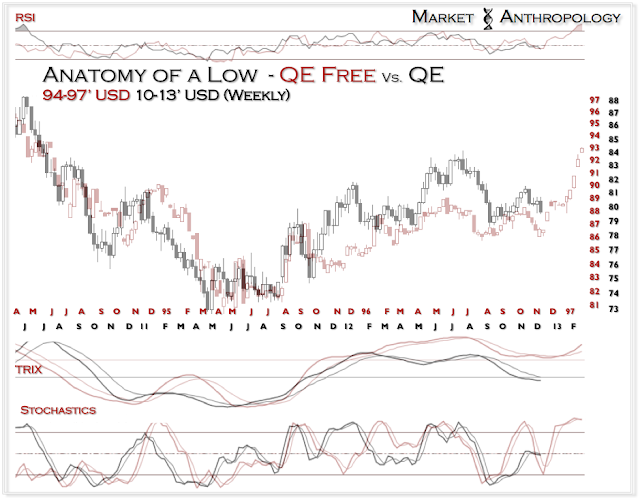