On the Dark Side of the Dollar 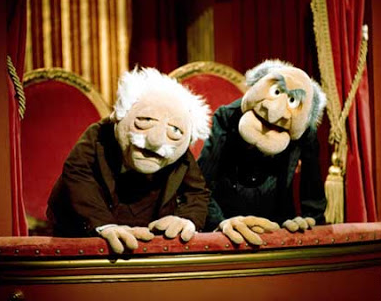 Further shamed by the US dollar’s recent advance, the Inflationistas – circa 2010, were paraded out on stage last week, shackled to their failed beliefs that the policy accommodations initiated during the financial crisis would rue the day. Considering the conceit for which many had expressed that opinion at the time and general reluctance to reflect on what went wrong today, it comes as no surprise that the Statler and Waldorf’s of the world are now relishing a tender schadenfreude sirloin, that has been marinating slowly for years.


Having said that – and picking up on the socionomic theme in our last note, the degree of confidence by the policy advocates today practically matches the swagger the Inflationistas embodied in the Spring of 2011. If the markets have taught us anything over the years is that those with the loudest cheers and sneers typically mark a turning point in correlation with those beliefs. The performance overlap with any given dogma – especially inflation expectations, cycles like the moon. Full, slowly transitions to crescent – and then back to new. Nevertheless, we remain on the dark side of the moon, in constellations such as precious metals and have watched the long victory trot enter what we suspect will be it’s final turn.

Echoing the inverse market psychology and pulling the disinflationary tide, has been the Herculean strength of the US dollar, that extended its record streak to 12 consecutive higher weekly closes – to the boisterous belly laughs of the policy wonks. Conspicuously, this show of strength has resurrected the mantle in the market and the media, as – King Dollar, with the obvious understanding that it’s dominance has only just begun. My have we come a long way from the new moon of the dollar cycle low in late April of 2011, where many of the same players and pundits openly declared the dollar crisis in full swing and just getting started. Back then, the mood in the markets were decisively dimmer, from both the usual suspects – to the ominous warnings from leaders in the private sector that the US consumer would soon face “serious” inflation in the months ahead.

“Except for fuel costs, US consumers haven’t seen much in the way of inflation for almost a decade, so a broad-based increase in prices will be unprecedented in recent memory” – Bill Simon, then CEO of Walmart – Walmart CEO Bill Simon Expects Inflation – USA Today 4/1/2011

A few weeks later the dollar bottomed, commodities topped and the waning crescent of inflation expectations began making its way to where it now presides – on the dark side of the dollar. Coincidentally, it was also a 10% move (lower) in the US dollar index in 2011 that engendered the runaway inflation hysteria and parabolic moves in assets such as silver. Of course today one could argue that the same market structure and psychology can be found in the dollar itself this time around. 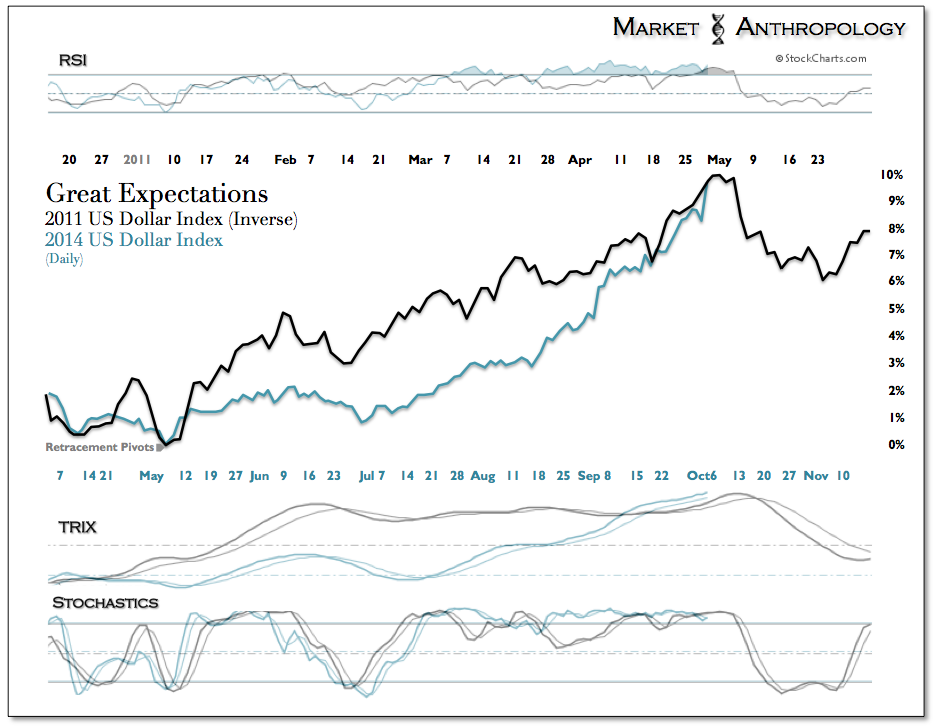 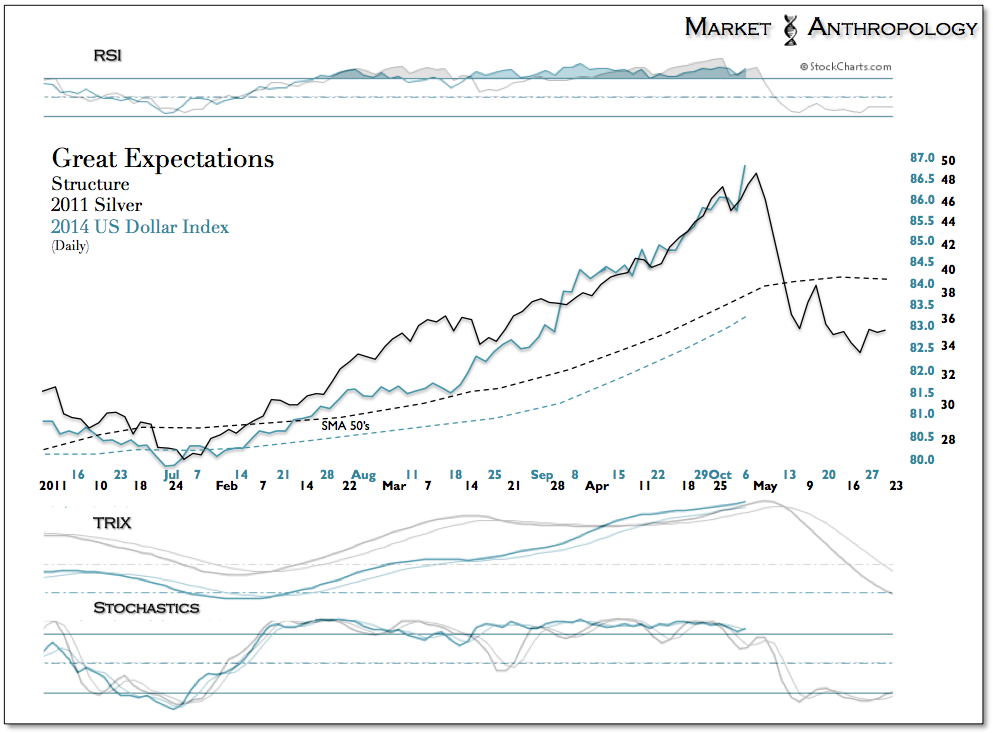