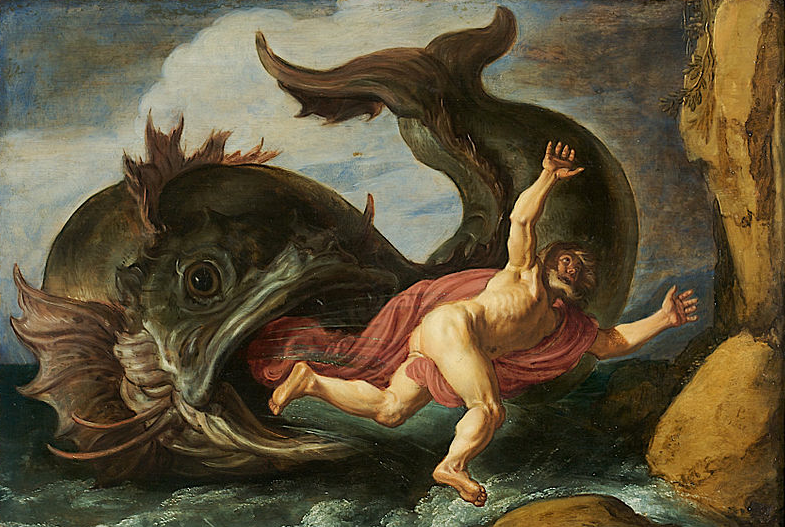 
Delivered from the swirling seas of U.S. dollar strength, the euro rose sharply over the past six sessions – roughly up 4.25% through Monday’s close. And although it’s just a blip on the 11 month downtrend that saw the euro lose nearly one quarter of its value, the winds have shifted for the moment in the currency markets with all the wrath and fury of Old Testament scripture.

A few weeks back, we carried a nautical theme through the story of Jonah (see Here), speculating that the currency markets were poised for significant trend reversals – with a technical set-up in the yen similar to the upside reversal in the summer of 1998. Two weeks ago, the yen was flirting below long-term support as the currency tested the lows from early December. While the subsequent upside move in the yen (~1.25%) has been weaker than its European counterpart, it currently resides above long-term support and is positioned going into the end of the month with similar positive strength and momentum divergences – with the lows from last December. 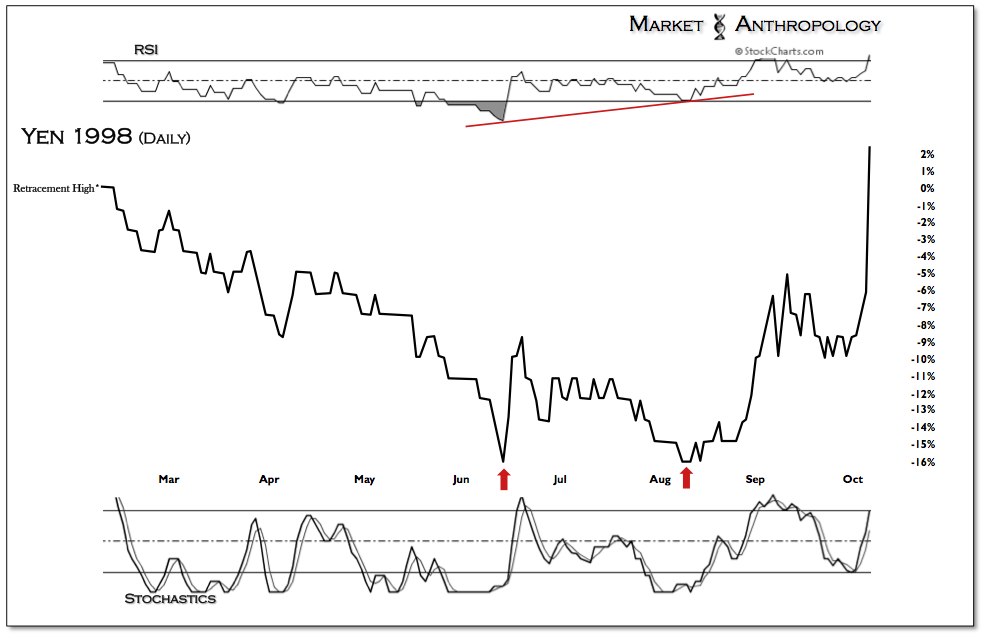 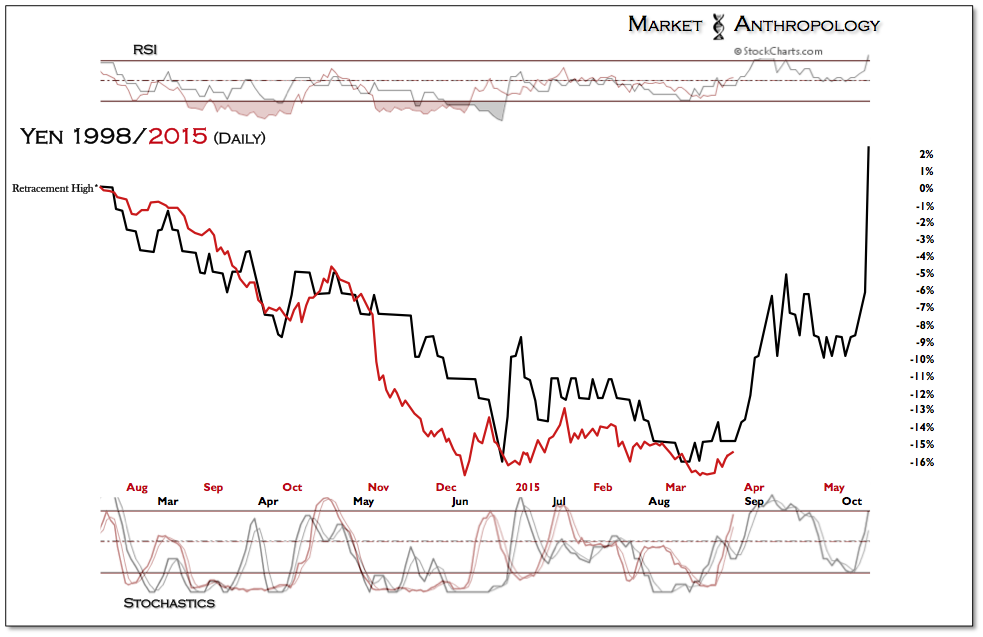 Considering our long-term read of the dollar (see Here), the structural and pattern similarities with the yen – circa August 1998, dovetails into a general reflationary thesis that would be driven on the back of broad dollar weakness. As mentioned in the past, the yen has exhibited strong positive correlation with the trends in precious metals over the past four years. At this point, we suspect this relationship would maintain correlation and continue to look for gold and silver to lead the respective reflationary pivot in assets most closely tied to rising inflation expectations. 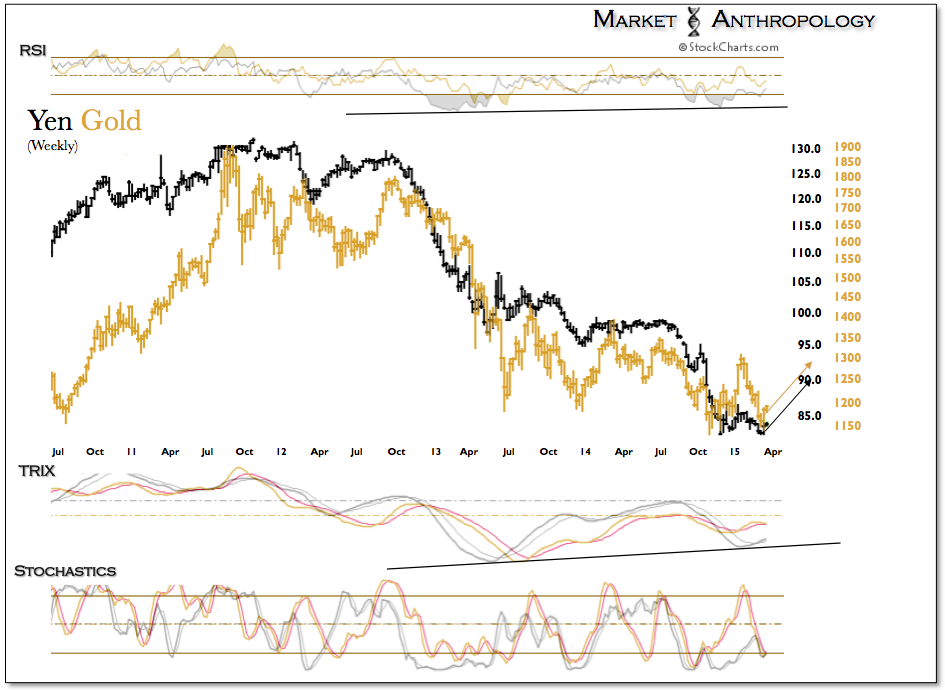 Over the past few months – where we have expected to see a correlation shift, is between the extreme negative correlation between the yen and the Nikkei. Overall, this longer-term reversal has started to materialize, with the yen treading water over its December low – while the Nikkei has rallied another 10%. Although we suspect it will be sawtoothed moving away from the correlation extreme, we still believe both assets will trend together over time for a spell. Our 1987 Nikkei comparative continues to be an excellent guide towards future expectations in the Nikkei – as it has been over the past year. 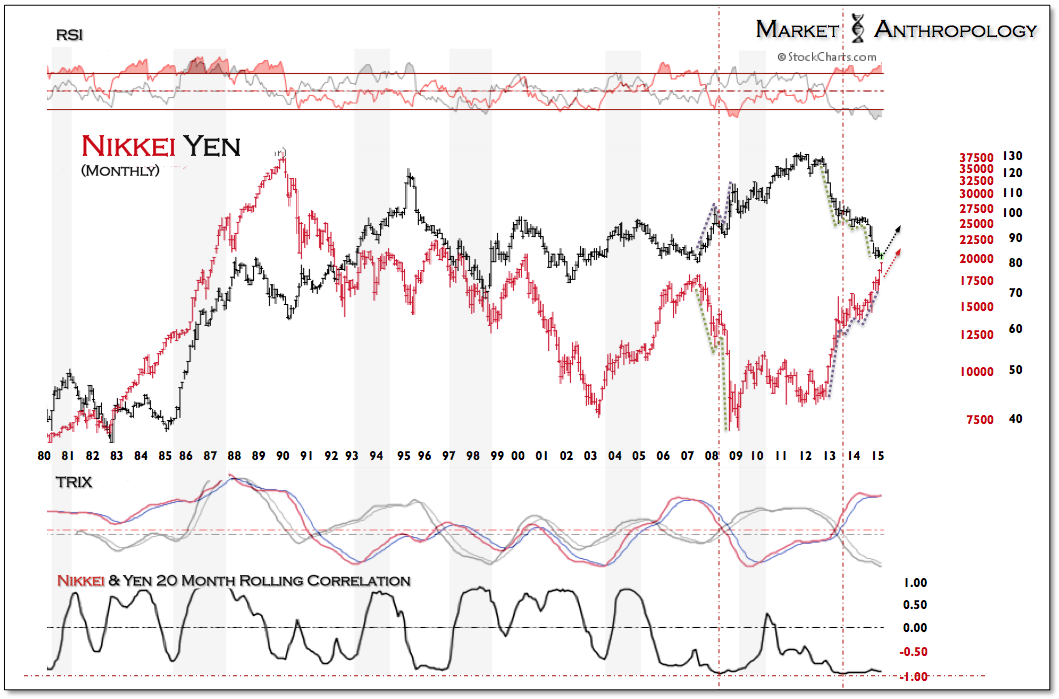 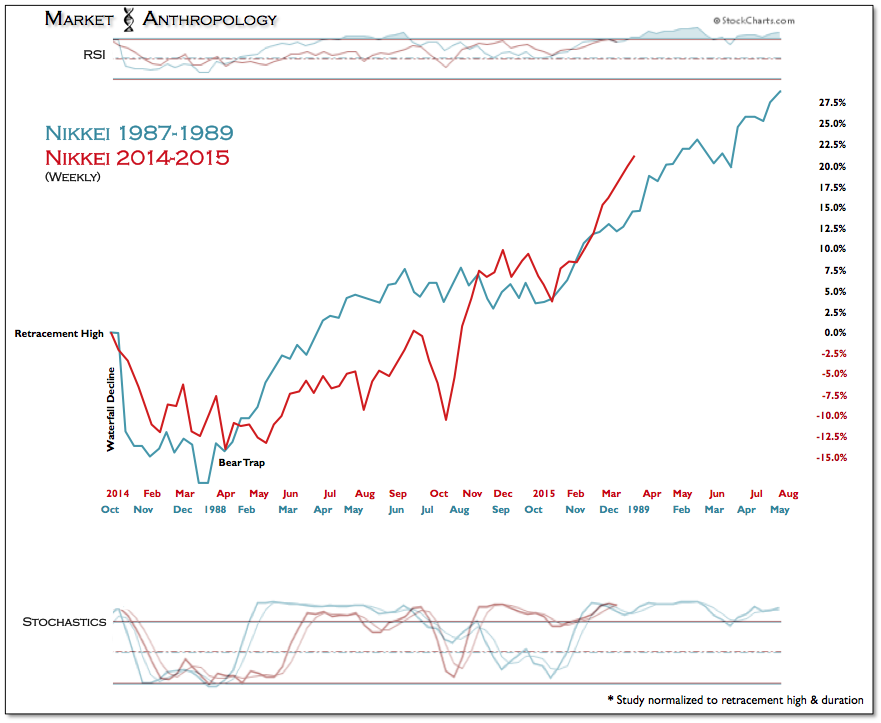