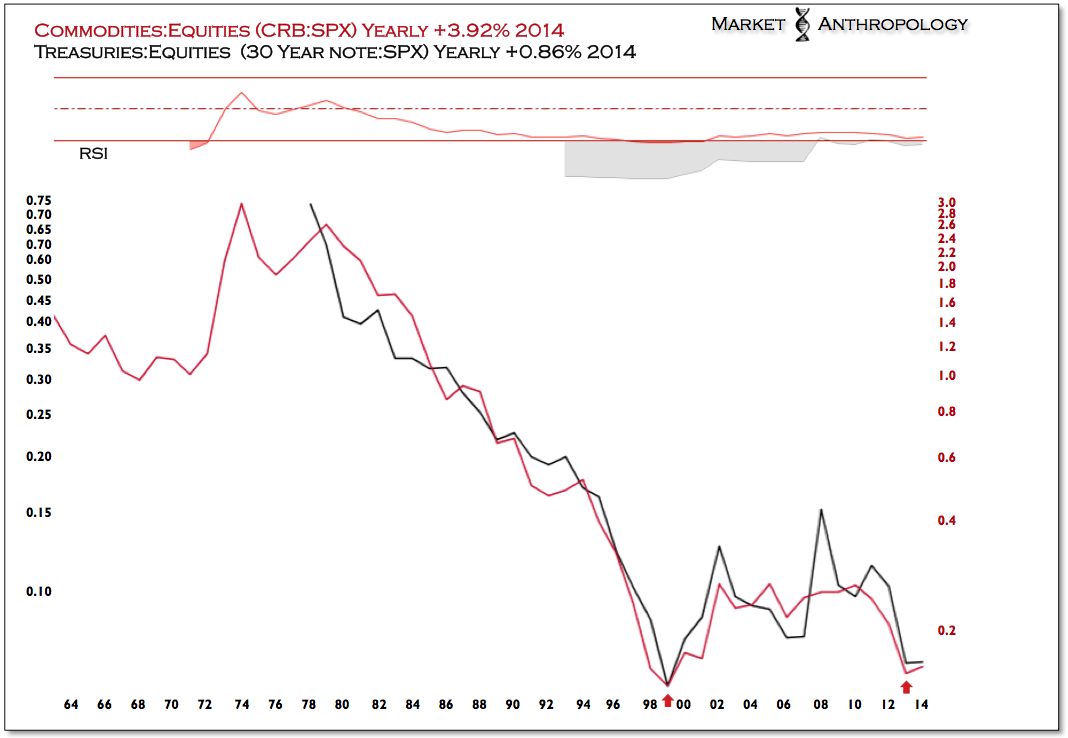 Lost in the soundbites of 19 record closes for the S&P this year and 9 for the Dow – is the backstory that the commodity sector and long-term Treasuries have still outperformed both indexes. While the darlings of the Dow and S&P might receive the headlined attention year-to-date, we continue to feel last years class of ugly ducklings still hold the most promise and potential going forward. Broadly speaking, this class includes emerging market and Chinese equities, the precious metals sector and commodity currencies closely associate with such strength. As we pointed out throughout this year, what they all have in common from a macro perspective is a disposition for outperformance when real yields decline.

Silver entered the week with a record pile-on short position from hedge funds et al. Although we clearly see what outcome they are hoping to affect, the reality is momentum has been tightly coiled in the narrowed and patterned range since last year. Meanwhile, inflationary winds have shifted north over that same time period, exposing those dogmatic and Johnny-come-latelies to a macro environment that has pivoted away from positioning. What the wise man does in the beginning the fool does in the end – comes to mind. 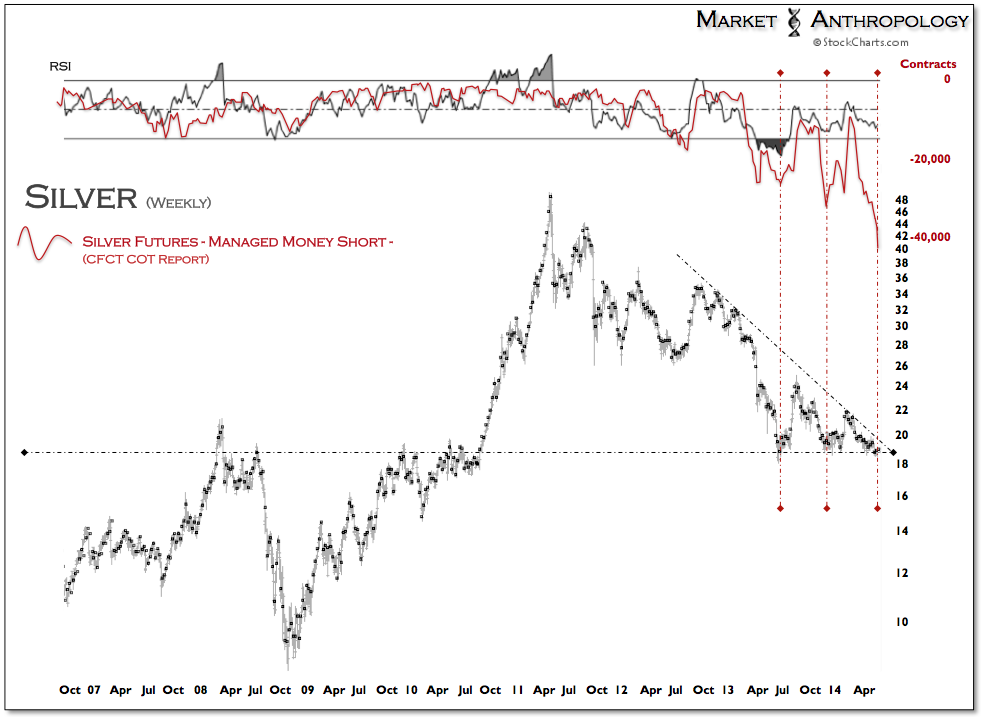 Our thesis flag continues to unfurl with all three ratios poised to push higher over the coming weeks. We will be looking for each proxy to establish trend strength above their respective RSI 50 mid points, which over the past year has proved a difficult level to maintain. 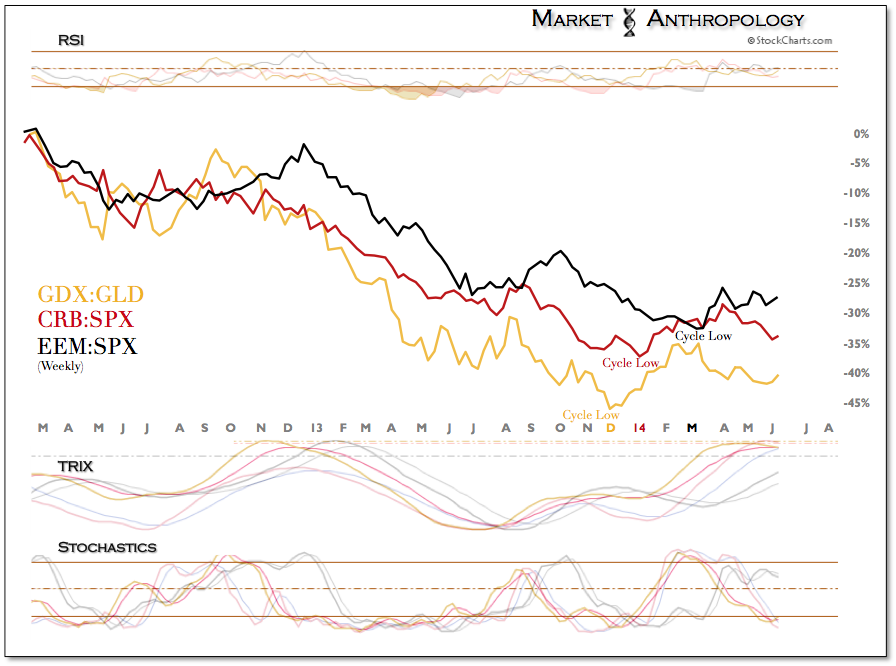 While silver was the first to make its cycle low last June, the broader commodity sector took their first steps higher out of its long-term range last December. As both charts (above & below) imply, the equity indexes most closely associated with such strength appropriately lagged behind. Similar to silver, while it has taken the better part of a year to complete the range, we expect China to finally break out over the summer months. 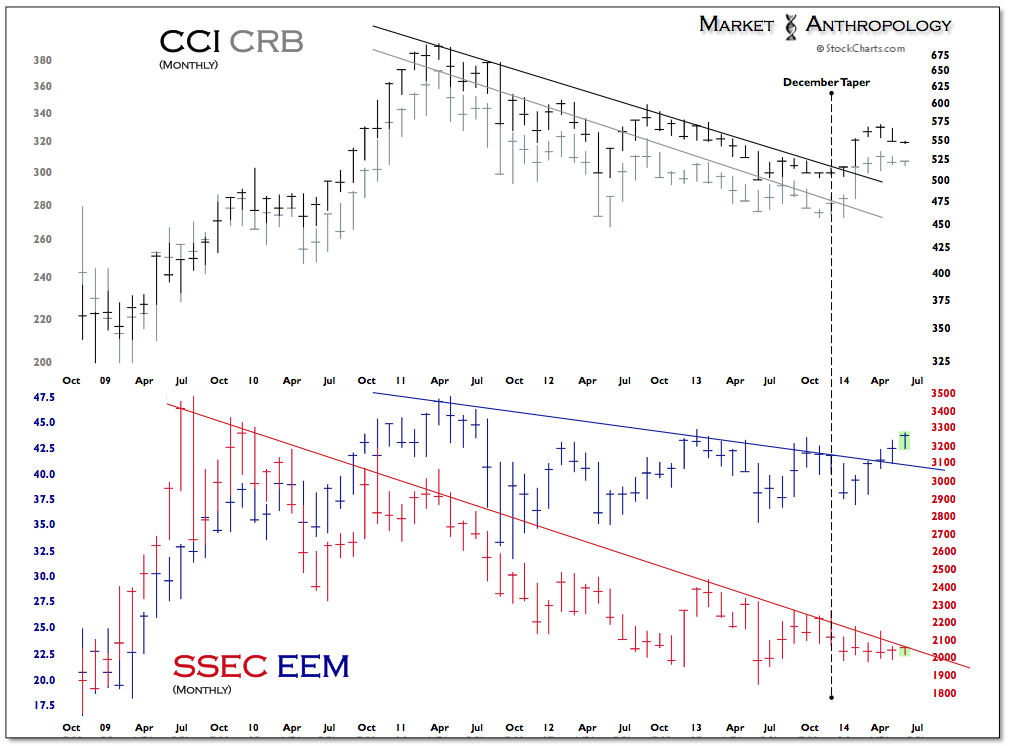 We’ve held a favorable opinion on the Australian dollar throughout this year and expect the Aussie to make its way back to trend line resistance extending from the early 2013 highs and away from paralleled support which extends from the pre-crisis highs in 2008.

We have utilized the momentum and performance comparative from the 2008 waterfall decline as a prospective profile for the Aussie today. Similar to our work with TIPs this year, the currency has followed the broader pivots of its historic retracement structure. Should the comparative remain prescient, we expect the Aussie to take the next stair higher over the coming weeks. 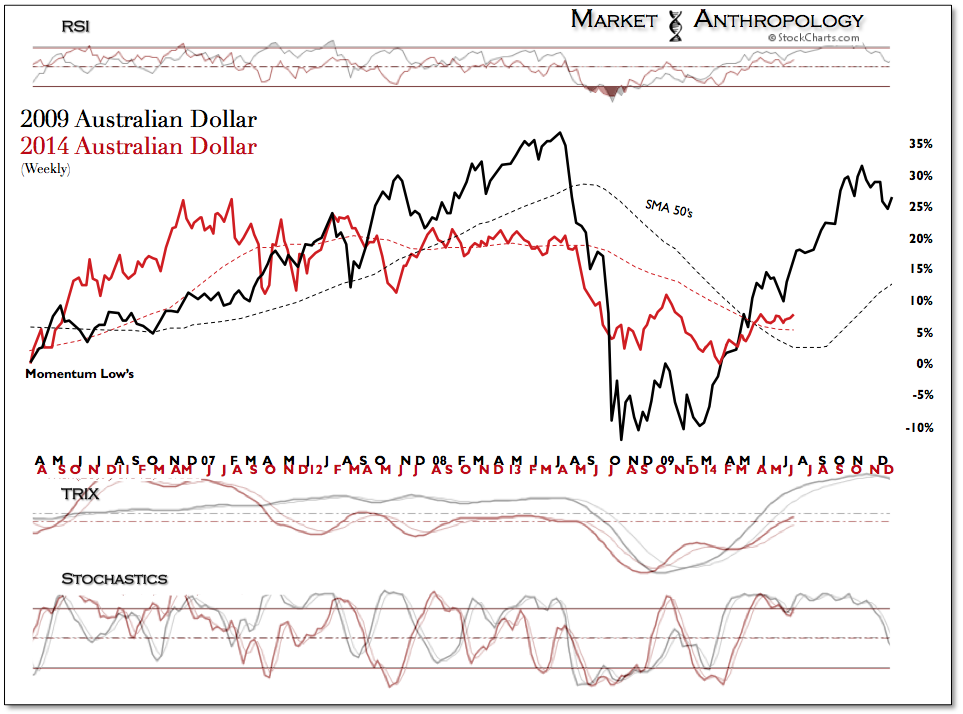 With gold and silver on the precipice of taking their first steps higher from the nearly year long consolidating range, we expect the correlation relationship with the Aussie to pulse positive once again through the daily and weekly timeframes.

As we previously mentioned, the commonality between the above trends and assets is a strong sensitivity to inflation expectations and long-term yields. From our perspective, real rates are poised to continue falling, as we expect long-term yields and the US dollar to broadly decline – while another pulse of inflation moves through the system. 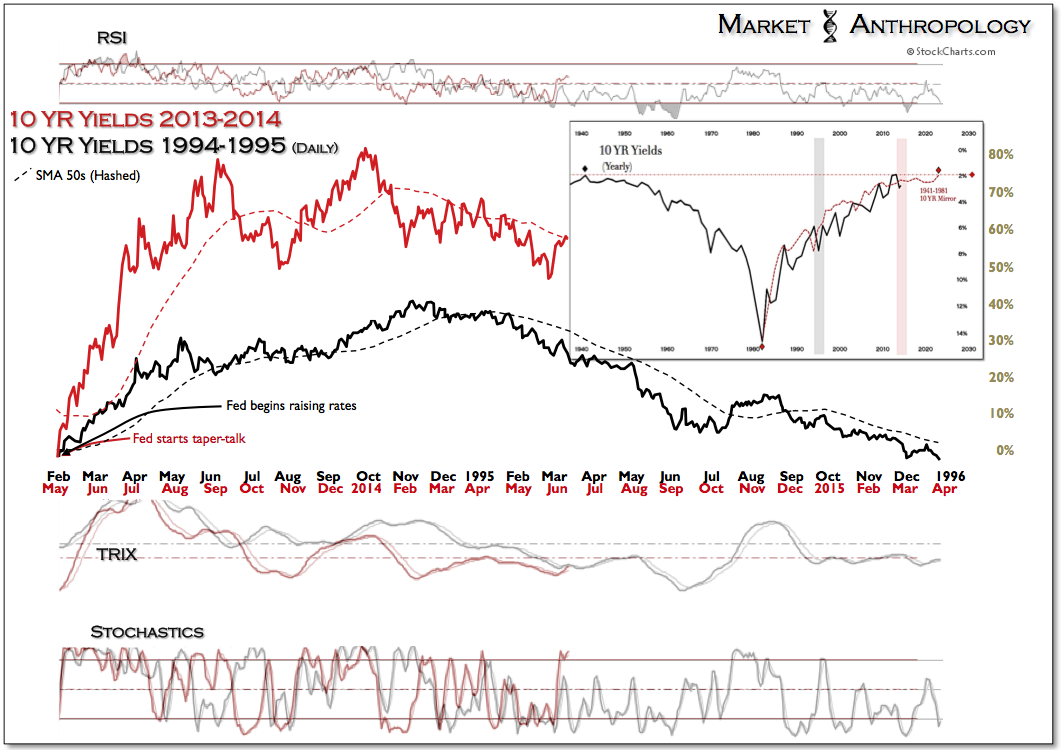 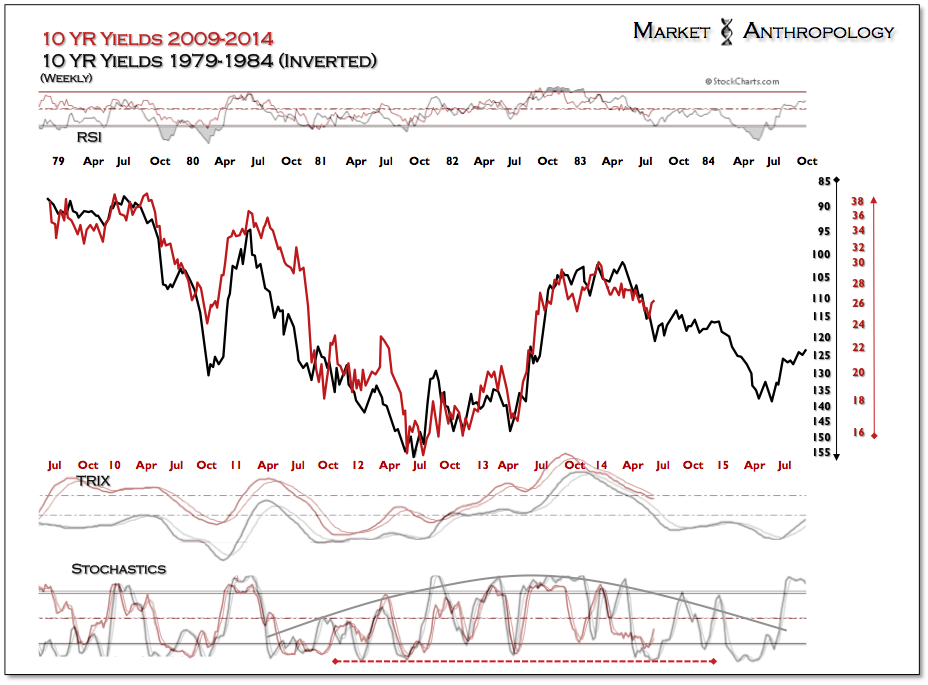 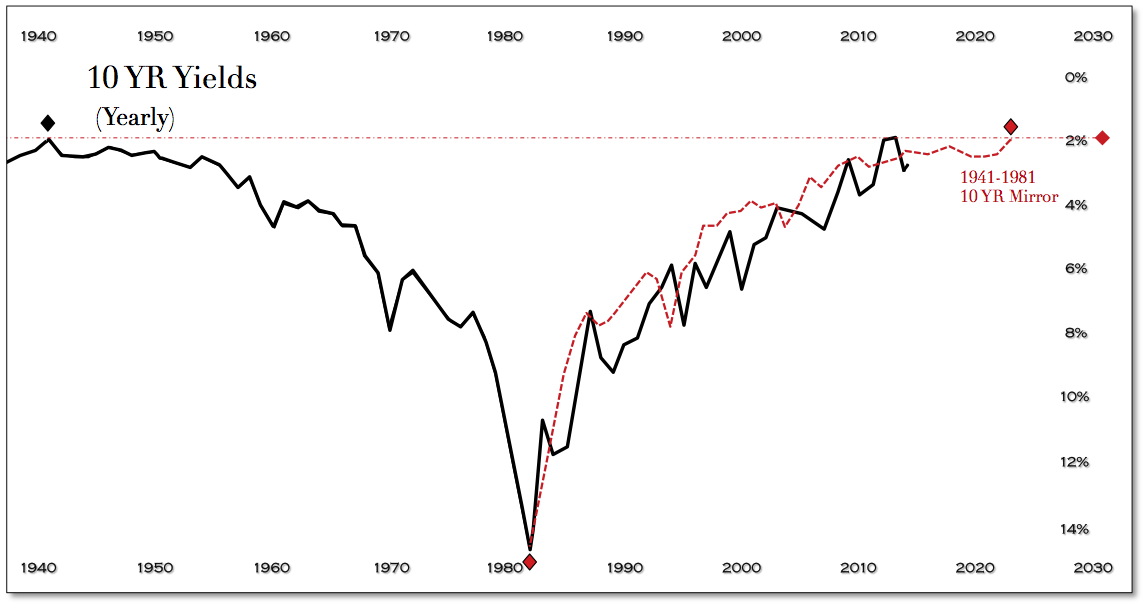 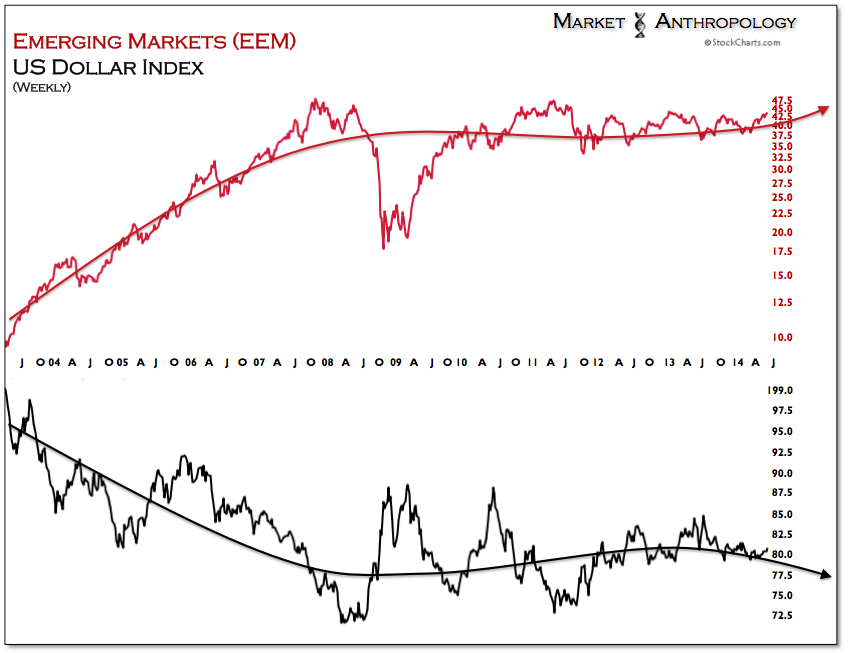 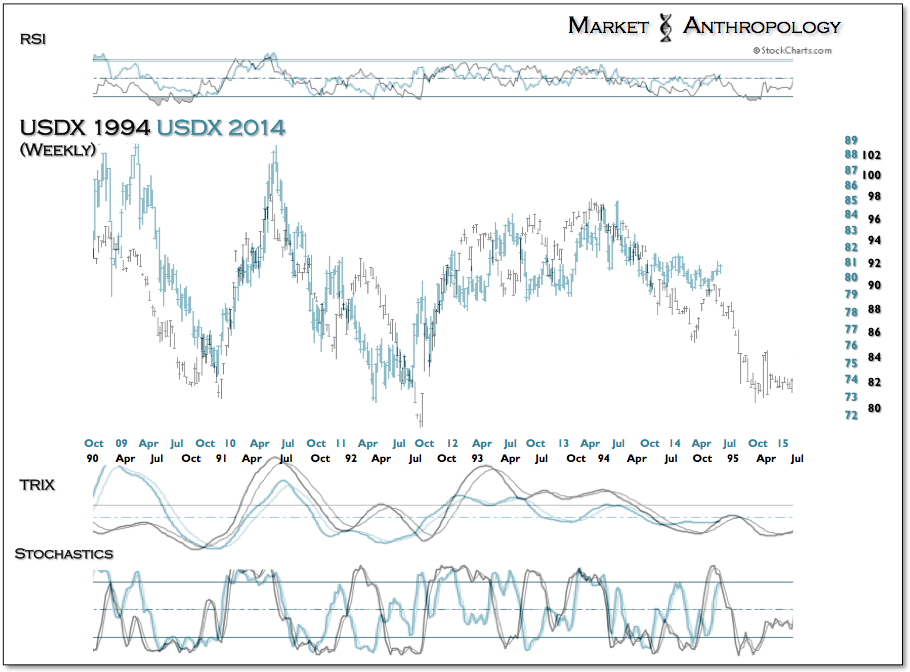