Since I began publishing my work last year, I have referenced various versions of the following chart – as rationale to why I follow silver and the silver:gold ratio so acutely. 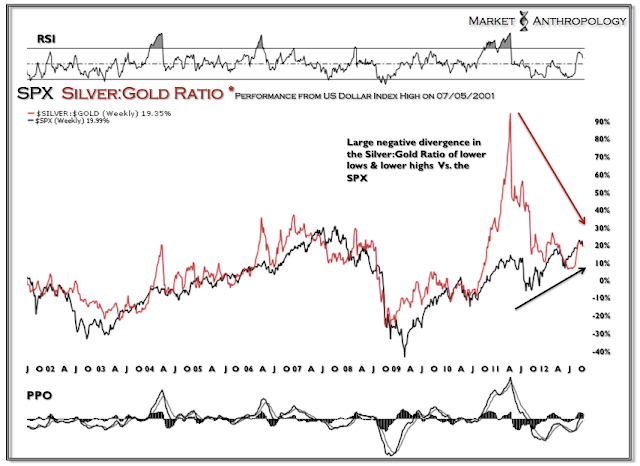 Broadly speaking, the ratio and the SPX have trended together since the initial banking crisis in 1990. However, since the US dollar index peaked on July 5th, 2001, both the ratio and the SPX have performed very closely. In essence, when a currency sensitive and “emotional” asset proxy such as silver outperforms gold – traders risk appetites are heightened within the system – which is then expressed broadly across risk classes.

Taking a broader macro perspective, and by removing the extremes of the ratio and expressing itself in a long-term moving average, one could argue that it has represented the great asset inflation (Irrational Exuberance) and reflations of the past two decades. I find this thesis strengthened by the rigid and conforming pattern of rising resistance and support. 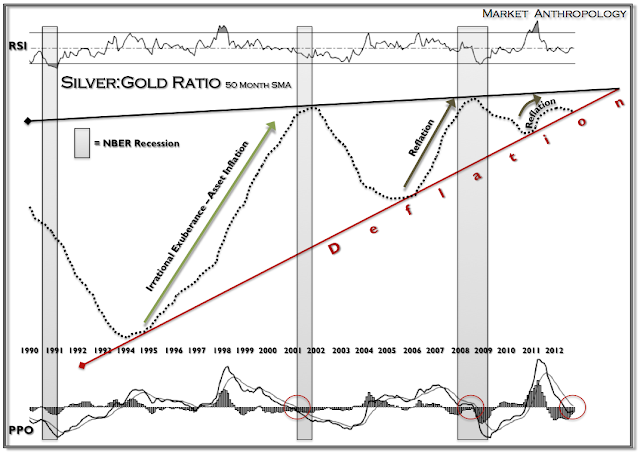 Not surprisingly – and as displayed in the strong performance correlations of the first chart, the secular decline of the US dollar since 2001 has played a pivotal role in providing the motivational propellant in the precious metals complex. This intern has driven risk appetites higher, against the correlating backdrop of reoccurring monetary interventions over the past decade. It is also apparent – based on the strongly trending negative correlation today of the asset relationship, that should the dollar continue to strengthen, the deflationary threshold I delineated by the ratio’s long-term moving average – will be breached.

This is why – in my opinion – Chairman Bernanke decided to embark on another round of monetary stimulus last month – despite the equity markets siting at recovery highs. The problem though appears to be that the dollar has made a secular low in 2011, inverting the variable in our monetary handlers reflationary equation. 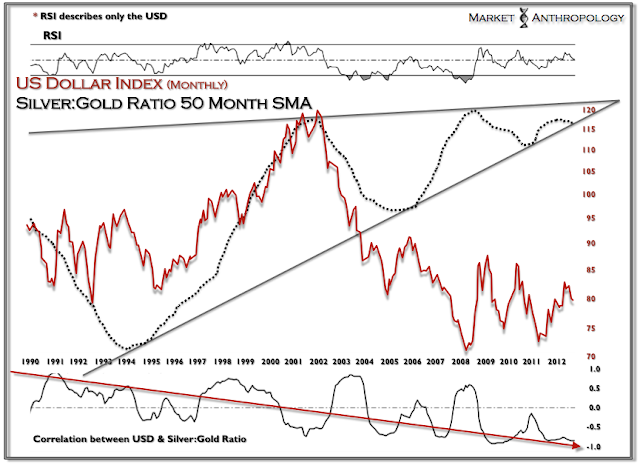 Should the dollar continue to strengthen, as recently expressed in the “spring” low comparative chart – assets such as silver and gold will continue to weaken. 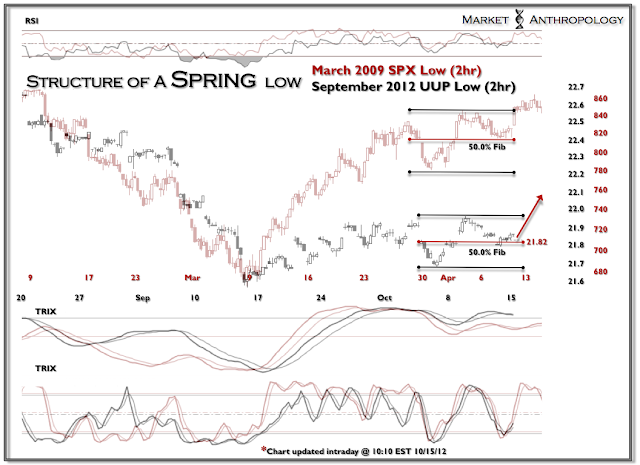 Bernanke knows the specter of deflation is out there – in fact it appears to be knocking on the door.