If you’ve followed the emerging market headlines over the last few trading days you might expect to find the US dollar index at the highs for the year – instead of near its lows. And while the dollar has understandably surged against emerging market currencies such as the Argentine peso and Turkish lira – the USDX pivoted down hard last week as well, thanks in part to the strong performances of the euro and yen. 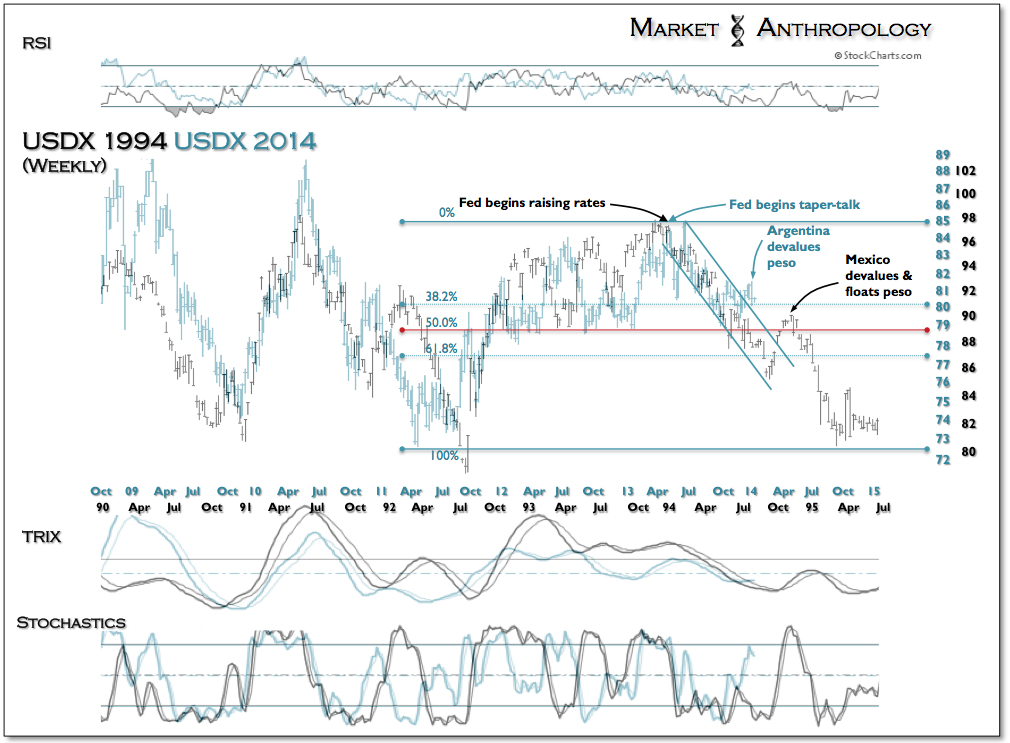 What’s interesting to note from a comparative perspective here is that the infamous Mexican currency crisis (see Tequila Hangover) that erupted downstream of the Fed’s monetary policy pivot in 1994 – also surprisingly marked the downtrend retracement high for the broader USDX. 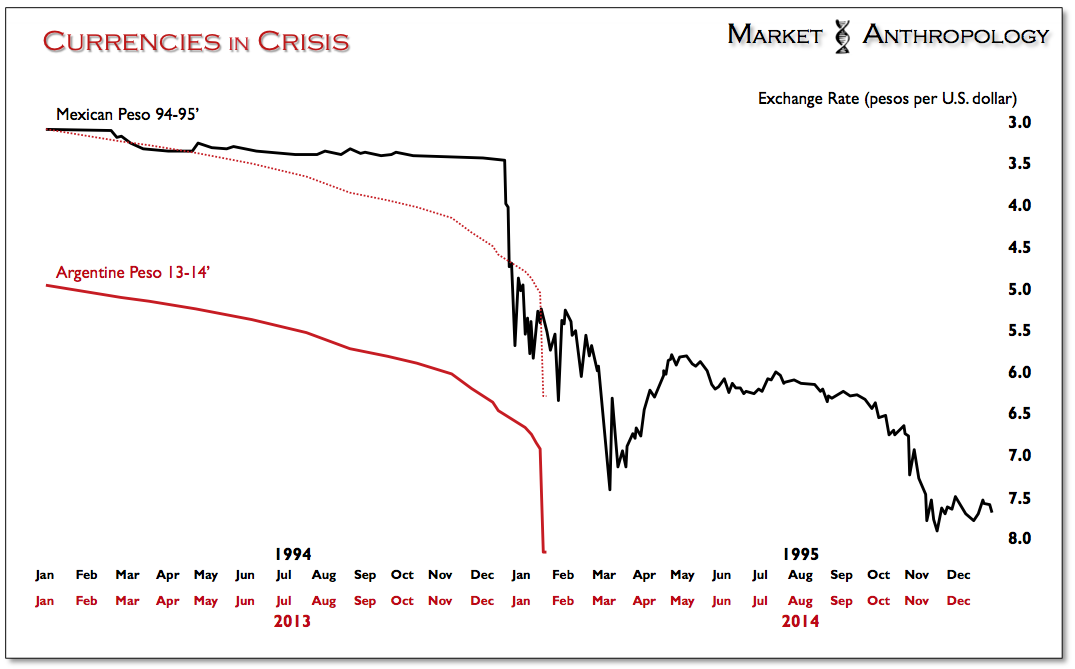 While its hardly a shock that Argentina is once again at the brink of losing control of its troubled economy and inflation; considering the tangent crisis in Turkey as well as the manufactured crisis in China – many participants are likely surprised that the USDX hasn’t received a safe haven bid from all of the recent macro trauma.

The long and short of things is we continue to expect the USDX to complete its roll and help blow in some inflation on these shores at home – despite the destructive gale force winds now blowing wildly across the southern tip of the southern continent.