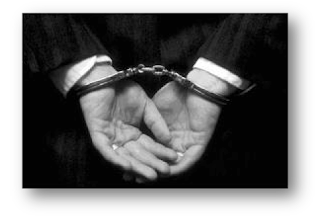 As federal and state prosecutors turn our attention back towards the dark underbelly of insider trading that has always been and will always be a part of Wall Street, I thought I might take the opportunity to climb the soap box I occasionally stand on as an independent trader.
While the markets are certainly a passion of mine, I have always consciously kept myself at an arms distance from the Street. Like many traders, I have approached the market as a rigorous intellectual challenge. As an independent trader the stakes are that much higher because we really do either eat what we kill or fall on our own sword. There is a purity that exists as an independent trader that you could never have by working within the establishment itself. And while you are certainly limited by your own resourcefulness to capital and proximity to market moving information, the objectivity and plane-view perspective is one of the greatest assets I have.
We are all impressionable individuals – it’s inherent in our nature. For me there has always been an inverse performance relationship to absorbing outside influence to my own organically conceived research. I could only imagine the magnification of confirmation bias and confusion that exists within a broad organization. The idiom too many cooks in the kitchen seems all too appropriate from so many angles.
Circling back to where this soap box rant began, I share one commonality to the individuals presently being prosecuted in the various insider trading cases today. I too search diligently for inside information. The difference being, the information for which I seek is truly inside the market itself. Its readily available – you just need to train your ear to differentiate the tones. During strong momentum trends the market resonates in tones of consonance; at other times at market inflection and friction points it translates in intervals of dissonance. Both tones are typically represented in the charts and market sentiment if you condition your “ear” to find them.
I created Market Anthropology to describe and contextualize those conditions.
The Trend Is Your Friend
Finding Your Bearings
Taking Shelter
Bear Market Driving
Centrifugal Forces
Field Notes 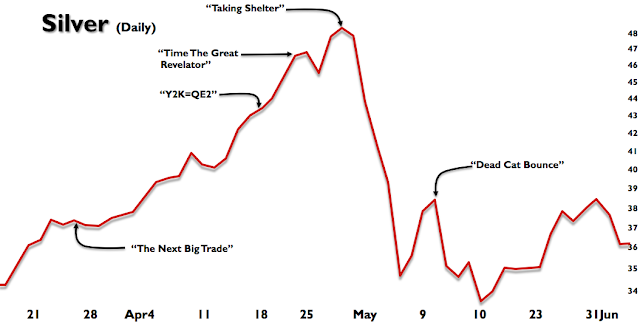 Now that I have sufficiently extended enough hubris to hang lifeless from the market rafters, it might be a good time to peer inside for any clues as to what lies ahead.
The following two charts utilize the SPX, 10 year yields and the SPX’s 50 day simple moving average for references. I chose the later two to qualify the market against its technical backdrop because they have recently represented atypical movements. Namely, the 10 year yields have continued to erode lower in the face of what many experts perceived as inflationary yield conditions – and, the market has sufficiently confused many technicians with a rather complicated bull trap, as represented in the 50 day sma being breached, recaptured then breached again over a very short time period.
Unfortunately for the bulls, the closest parallel I could find with these conditions was the October 2007 top. At that time, the 10 year yield had peaked in June – four months before the SPX put in its eventual October high. Today we have the possibly of a very similar set up with yields having made their highs in February. What is also interesting is the price structure and geometry between the two markets. Both markets exhibited highs followed by a swift correction followed by a higher throw-over trap. 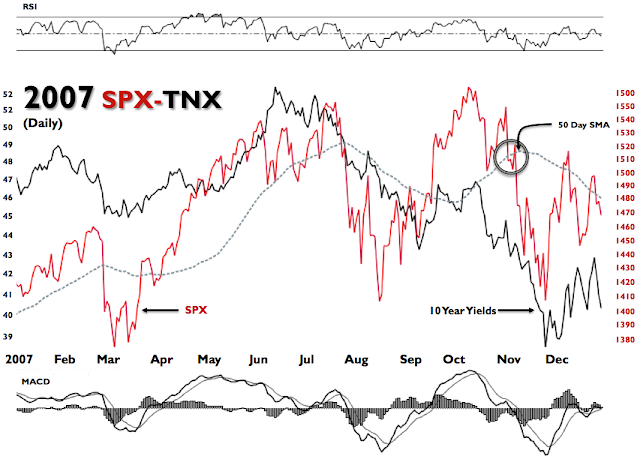 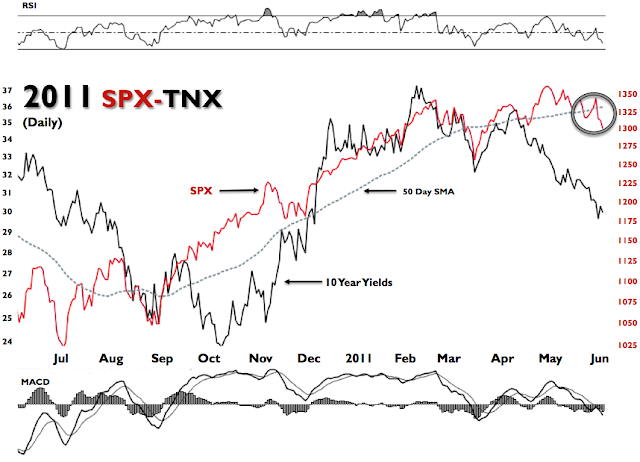 I just joined Twitter. All my trades and occasional market musings are disclosed in real-time here.
(Positions in UUP & ZSL)