In Search of the New World

Although they’ve skillfully built and maneuvered their rival reputations in bond arenas worldwide, the warring kingdoms that lay siege to the Bond King throne, might just benefit from a less enlightened perspective – say, from the dark ages.

While Gundlach and Gross have a semantic squabble over the upside threshold in yields that might delineate the end of the three-decade old bull market in bonds, perhaps they should stop viewing the bond world as round and come to the apparent reality that it’s more flat than circular here in the trough of the long-term cycle. 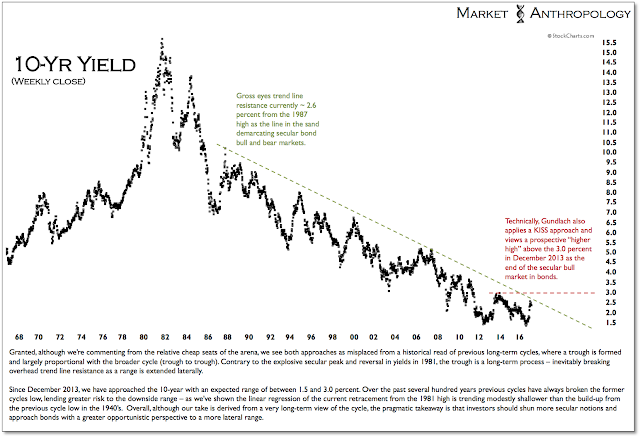 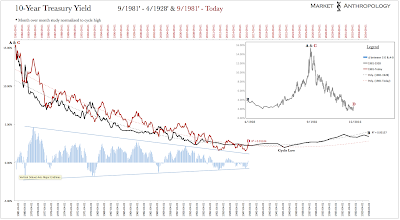 In this construct, the unidirectional sovereign yield winds died – or more appropriately – transitioned, years back in 2011 and 2012. Although short-term yields and the dollar have risen in tandem as the US economic expansion led the world out of the financial crisis, long-term yields have taken a more lateral path into the trough with what we suspect will be doldrum conditions blowing east to west at best – rather than the prevailing winds we experienced out of the north for thirty years. How long the journey along this yield equator will take is anyone’s guess, but by our estimation of previous long-term cycles (most recently, Here), likely has further seas to float before the strong updrafts of the Westerlies can bring us to the higher-latitudes of a “New World”.

What’s happened since the US election is that budding optimism that the ship is now sailing away from the “Old World”, has helped shorter-term yields and the US dollar “breakout”, which can be viewed as a welcome shift in the economy’s tell-tails. What’s become the “Trump-rally”, led by broad buying in infrastructure and bank stocks, is a reflationary move that actually began before the election, but re-magnified with a new administration about to control both houses of Congress. The bet now is that Trump becomes Columbus and succeeds at rekindling growth on the back of fiscal stimulus and tax cuts. Yes, higher yields and inflation, but alongside stronger growth. Land ho New World – or at least one that feels like the old one of the 1950’s… 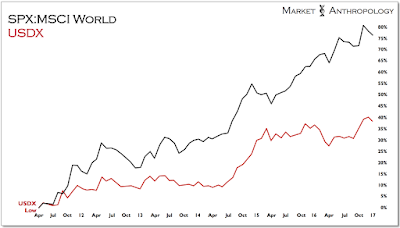 However – and as we alluded to in previous notes, we believe that’s mostly wishful thinking pulled forward several years, considering the maturity of the current expansion and with the economy at or beyond full employment. While we continue to support a more commodity focused reflationary approach – spearheaded by positions in precious metals, and speculate that the US dollar will turn down again with the US led expansion, we don’t foresee the more healthy expectation that rising inflation will be accompanied with higher growth. Some might call this stagflation; we take a more pragmatic perspective in that it’s just the nature of where we sit in the long-term cycle where inflation could more easily outstrip the reach of nominal yields and growth, causing real yields to decline.

Moreover, we continue to view the Fed’s expectation of raising rates several times a year through 2019 as wildly unrealistic – as well as the markets underlying fears of the 1970’s, where to kill inflation took the mythical axe of Tall Paul Volker and a fed funds rate of 20 percent. This isn’t the 1970’s where yields continued to surge higher, but inflation still had greater reach and more pernicious momentum. Today, we would speculate that a spike in inflation would be more ephemeral and provide a bookend to an equity market cycle that took flight as disinflationary pressures brought yields and growth into the trough of the long-term cycle.
____________________________

As mentioned in previous notes, over the past few months gold has again been strengthening its negative correlation with the US dollar. Although the relationship is trending towards an extreme, gold now expresses a positive divergence with the most recent highs in the US dollar index, relative to the dollar’s previous highs in December 2015.

While the correction in precious metals was steep through Q4 of last year, we view them in hindsight as a successful test of the 2015 cycle lows and expect a full retracement and continuation of the young bull market in precious metals. Similar to the market environment headed into 2002, we expect favorable conditions in the currency and Treasury markets that should help propel precious metals to fresh cycle highs. 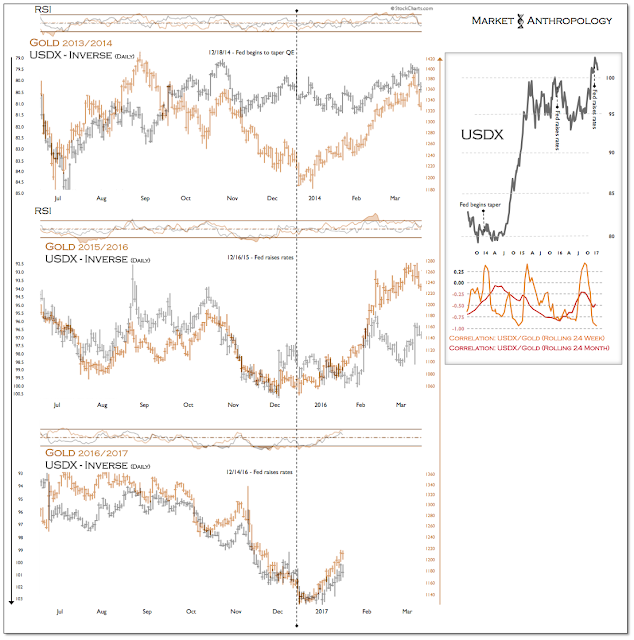 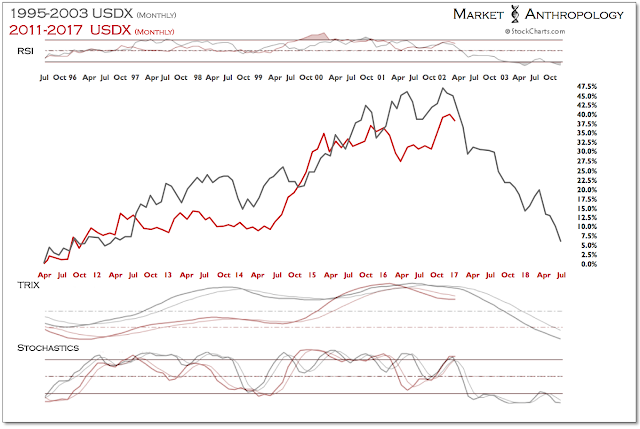 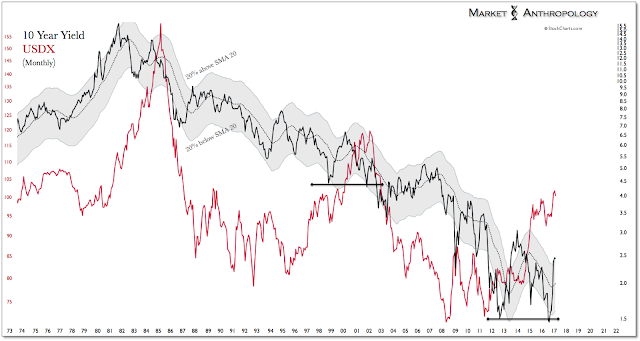 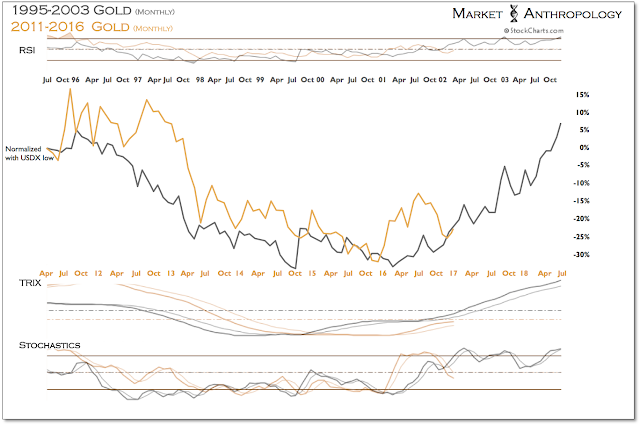