As we mentioned before in the wake of the last Fed meeting, not quite an apples to apples policy comparison – per se,  but one could make an argument that the reflexive behavioral jockeying by the Fed is worthy of some contrast, between the markets anticipation of the Fed’s first rate hike back in 2004 and talk of The Taper today. 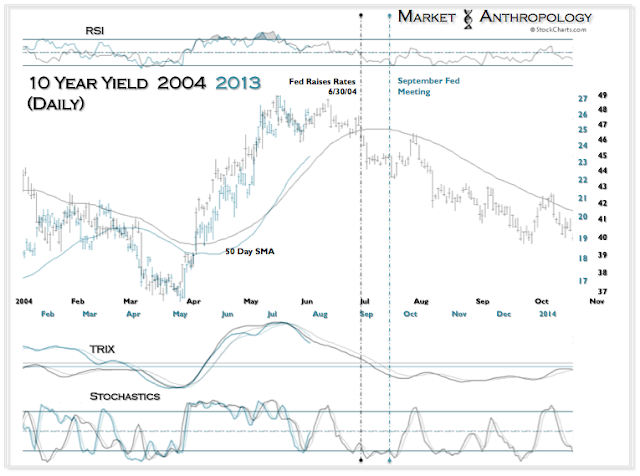 That being said, and as we have spoken to over the past few weeks – the SPX has so far taken the transition in stride. Back in 2004, the equity markets largely consolidated for the better part of the year as traders wrestled with the transition by the Fed.  Considering the recent talk of once again moving the goal posts even further back and lowering the unemployment rate threshold now tied to the Fed’s 85 billion a month asset purchase program, perhaps the equity markets ignorance is bliss attitude towards credit have served them well once again…

We find it interesting nonetheless that although the SPX comparatives trend profiles have basically run across the grain, momentum has unfurled in similar fashion. 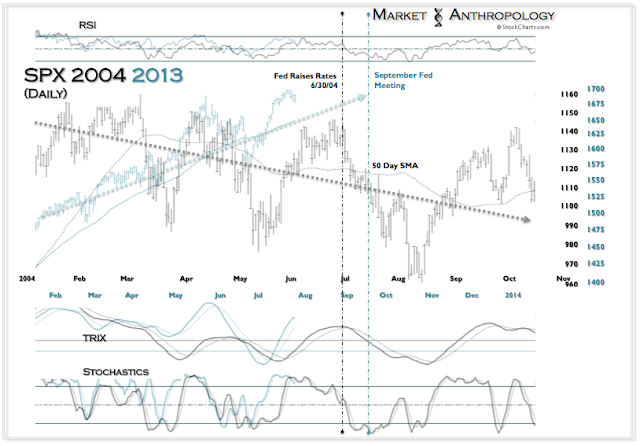 Below are a few other asset comparatives with 2004. Like the SPX, they were all fit based on the 10 year yield profile. 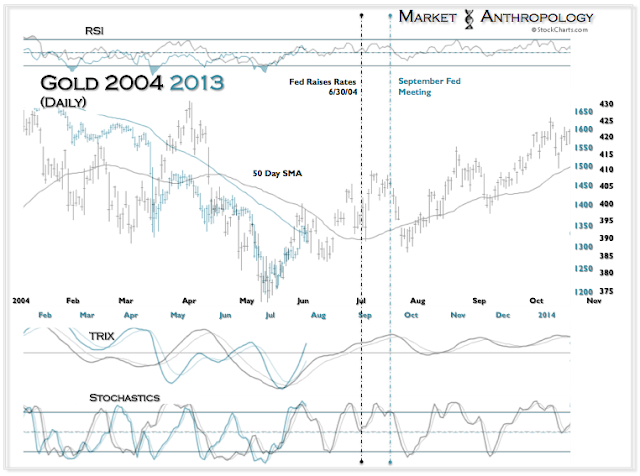 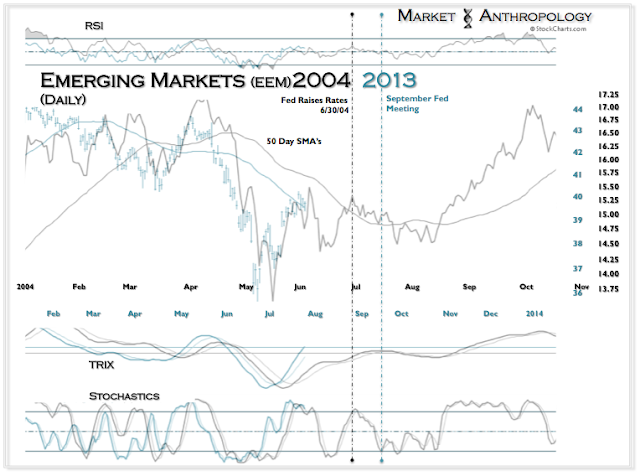 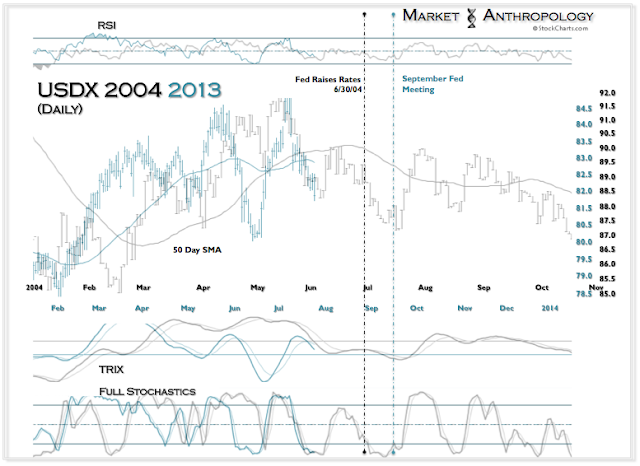