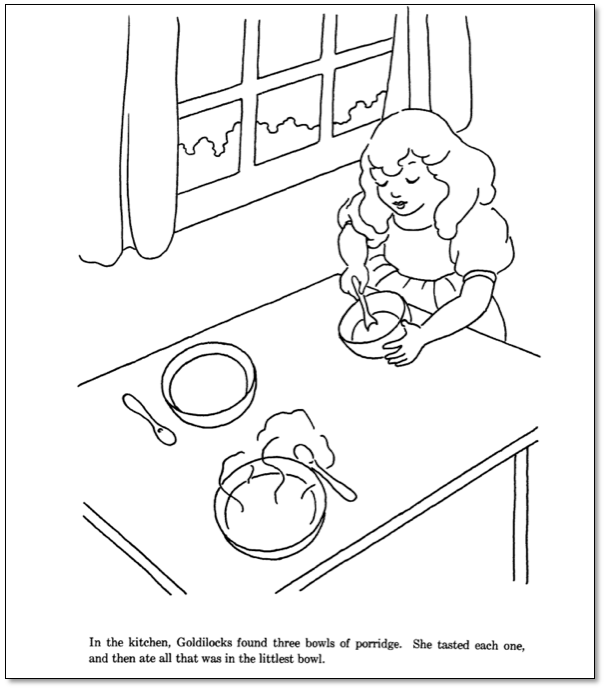 Likewise, the same has been true for those that expected a fresh wave of inflation from the large-scale asset purchases (LSAPs) and stop-gap measures provided by the Fed since 2008.

For some of the marque money managers that dug their heels in and maintained a certain bearish dogma in the face of these perennial conditions, the inconceivable rally has sent them closing their doors in frustration to the public and likely soul searching and scratching their heads in private.

Unbeknownst to them, the analytical paradigms that worked so well throughout their successful careers, mysteriously vanished one morning in early March. Over the next five years, the two favored macro comparative narratives: the deflationary tumult of the 1930’s or the more recent inflationary travails of the 1970’s – only provided brief windows of coincident correlations with the current market environment, that did far greater harm than good with maintaining certain bearish leanings. 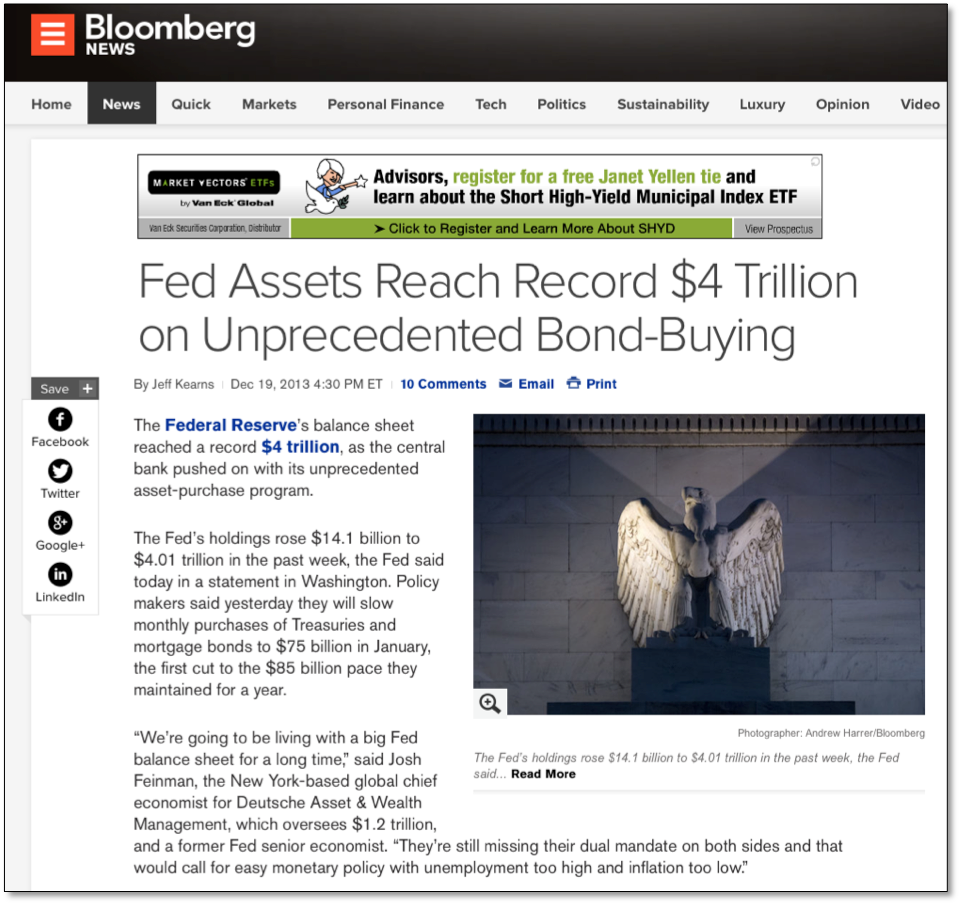 Most weeks you can still find the business headlines sprinkled and punctuated with these sharp adjective seasonings.

And yet, literally sandwiched in between the two macro economic porridges, sits a time-period that more closely resembles the temperature and market environment we so actively consume or reject today.

In an effort to keep interest rates low during and directly following WWII and avoid another chapter of the near-view Great Depression, the Fed purchased all available short-term US Treasuries and virtually all long-term US Treasuries from the market starting in April of 1942. When all was said and done, the US had a debt to GDP ratio that was almost 20% larger than where it currently resides today.

In Milton Friedman and Anna Schwartz’s seminal “Monetary History of the United States”, the market climate in the 40’s is described as being so sensitive and suspect of the Fed and Treasury’s very visible hand, that the entire equity market rally (150+%) from the April 1942 low through the cyclical high in 1946 was deemed artificial and likely to end very badly. The fresh scars of the Great Depression provided abundant fear for market participants of a possible revival of kindred economic instabilities, despite the countervailing strength of the equity markets that even continued to rally more than 20% through the recession in 1945. 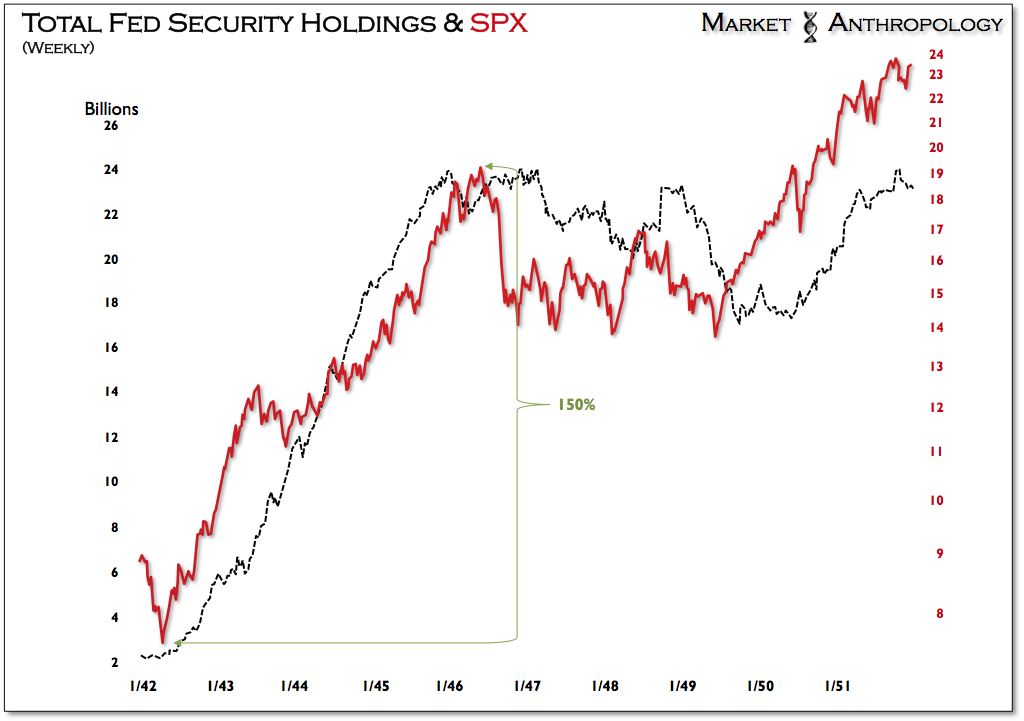 The fact remains, that for all the banter between the two assets classes, equity traders still keep a Murryian maintenance presence in the bond market’s Bushwood locker room. While its mostly conjecture that the bond market is pegged as smart money and the equity markets as dumb – broader sentiment leanings do roll downhill from the larger and deeper market. For both time periods that were defined by similar interventions from the Fed, the greater message diffused to the equity chaps has been – if the fixed income guys don’t see a fundamental reason in the economy for the rally, than perhaps its not for real. Oh, and one more thing – it’s going to end badly.

Always the jester to the fool, the markets have seen things quite differently over the past five years. 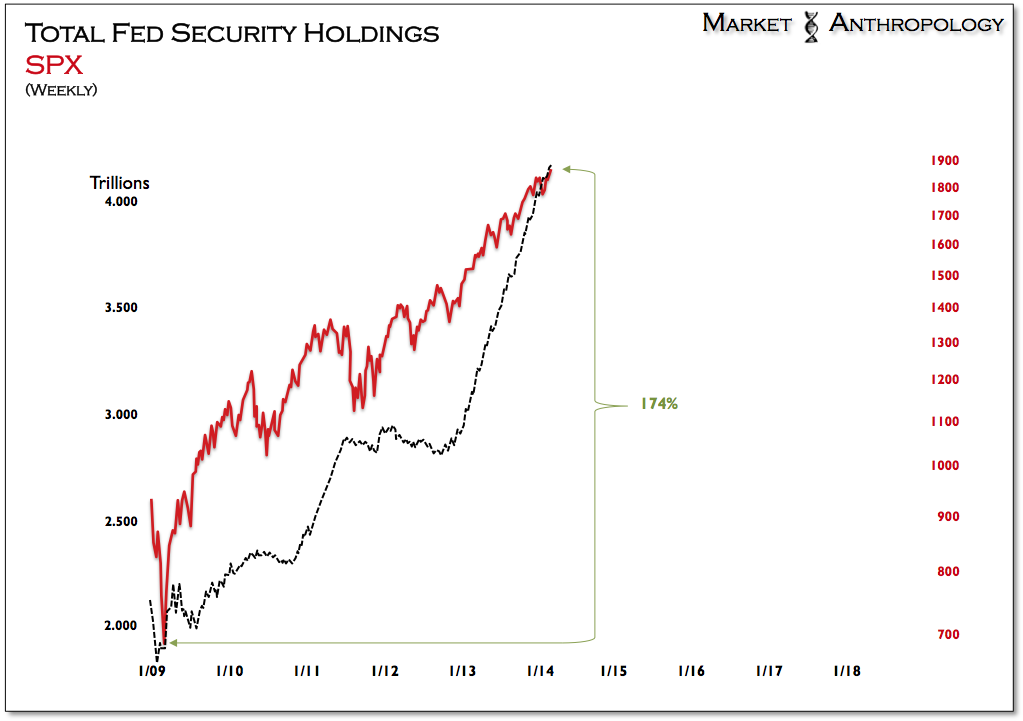 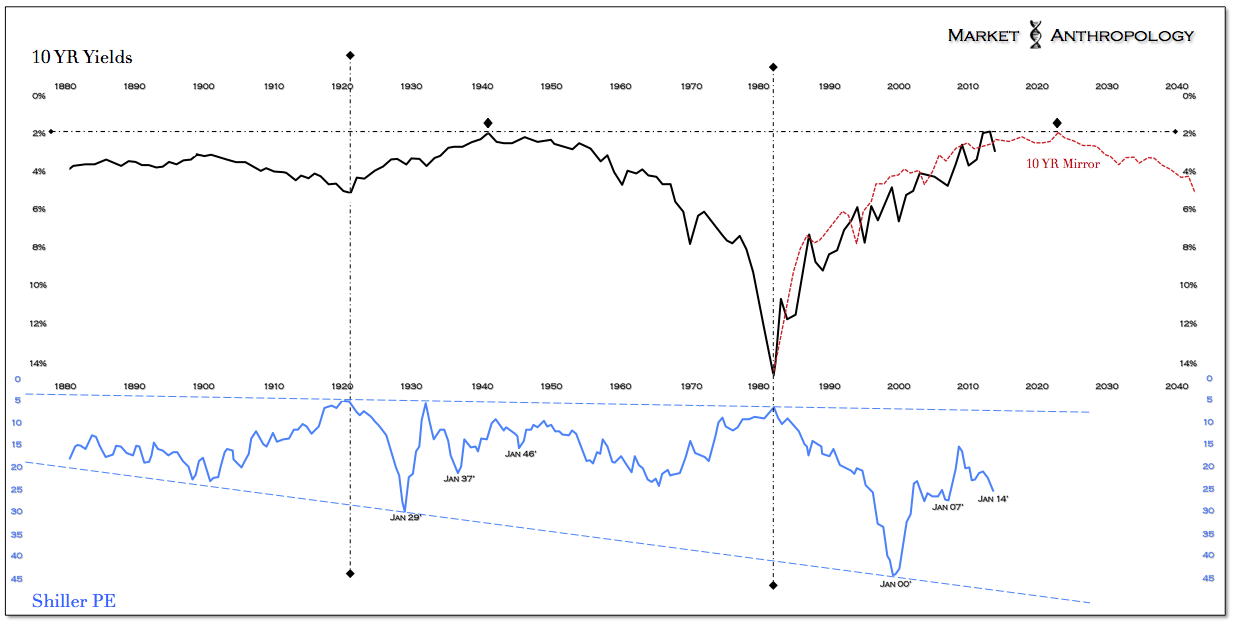 As described in last week’s note (see Here) highlighting Shiller’s CAPE ratio, we expect momentum in the equity markets to turn down and start consolidating their exceptional gains as the Fed tacts away from an accommodative stance. If economic data continues to improve, we would also look for the Fed’s taper timeline to get truncated, which would lower the aggregate total of QE.

From a strategic asset allocation point-of-view, we have favored precious metals, bonds and the broader commodity sector, as we believe inflation expectations will continue to strengthen as the Fed moves further away from an accommodative posture, while long-term interest rates remain low.

During the back half of the 1940’s, inflation began to breakout in fits and starts, while long-term interest rates flat-lined around 2.5% through the end of the decade. There was a unique combination of both structural and psychological factors that led to these atypical market conditions. Once WWII was over, the Fed pivoted from their accommodative monetary policies. They discontinued their guaranteed support for Treasuries and lifted a yield ceiling that had been in place since April 1942 on longer-term debt. The government also removed various consumer restrictions and price controls that had been in place since the war began.

CPI Inflation went from ~ 2% in 1945 to over 14% in 1947. Equally shocking, however, was that long-term interest rates did not follow suit higher, but were suppressed by participants continued appetite for Treasuries as the equity market rally sputtered out and lost momentum. “It was going to end badly”, deflation and another addendum chapter of the Great Depression appeared to be on the forefront of most participants minds. Not the reality which became a consolidating and digestive range in the equity markets, resurgent strength in commodities and inflation expectations – while consumers broadly normalized with the economy. 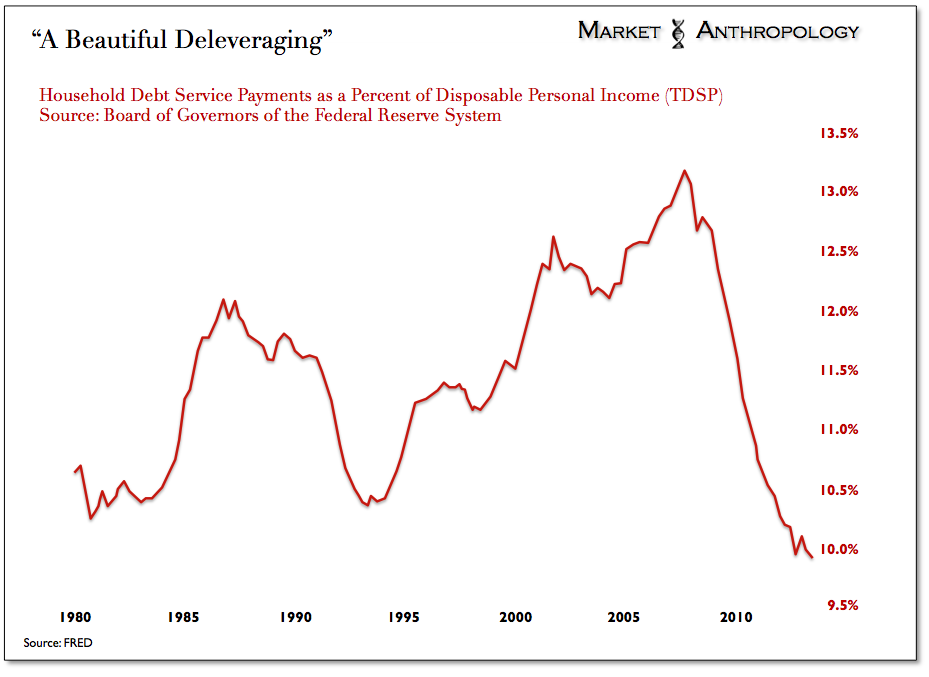 Although the motivational catalysts were unique for each time period, we believe the underlying economic conditions and recency biases of the mid 1940’s serve as the closest parallel with today. While the outbreak of WWII brought its own significant restrictions on consumption and inflation, the most recent financial crisis imposed similar governance on households. As evidenced in the strong commodity performance to date and the weakening US dollar index, we believe we are just beginning to see those conditions reverse – just as they did in the back half of the 1940’s.
at 3:18 AM