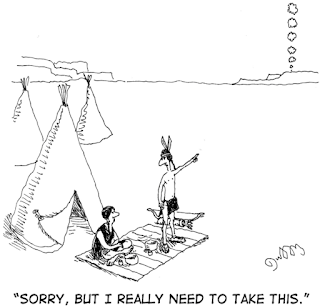 She came, she saw– she passed. After confining herself to radio silence for the better part of two months, chairwoman Yellen yesterday lit the fire and wafted the signal: the Fed would stand pat on raising interest rates. Moreover, there was a less than hawkish tone delivered towards the intermediate-term outlook– both in the communique and the nearly hour long press conference that followed, that broke the back of the dollar as well as the swell in short-term interest rates that had been cresting higher into the September meeting. The long and short of things, the initial relief rally in equities quickly fizzled, the yen and gold found another foothold and real yields declined.

Gold, which had been trapped over the past few years between a strengthening dollar and rising real yields and squeezed recently by expectations of further tightening, took solace in yesterday’s news. While we had liked the position in either scenario because we felt the dollar and real yields already reflected lofty expectation to more contemporary tightening cycles, the news cleared the way for gold to stretch its legs in a market environment that should broadly support the reversal.

As shown below in Figure 1 between gold (inverse) and 10-year real yields; similar to the market dynamics at the top in gold that was stretched across a broad negative divergence with real yields, the trough for gold has been carved lower over the past two years with a positive divergence with lower highs in real yields. Going forward, we expect a weakening dollar to once again pull real yields lower, which should go a long way in rejuvenating gold – as well as the broader commodity complex.

In the wake of the September pass, the similar performance pattern that we’ve followed throughout the year with gold’s secular low in 1999, appears to have successfully retested the lows from this summer and is now climbing the stairs out of the basement on the wings of less hawkish expectations.

One and two year fractals with the 1999 secular low.

Trending with gold through broad dollar weakness, the yen has led the way higher as expected. With volatility increasing in the wake of yesterday’s decision, we included updates of the yen and Nikkei series from Monday’s note (see Here) – as well as an exploded view of the anticipated next leg lower in the Nikkei that appears underway.

Over the past few years we have leaned on the Nikkei and yen at times of elevated volatility for broader reads in the markets. This is primarily because of the yen and Nikkei’s tight inverse correlation that has been in place since Abenomics was first floated in November 2012. As we commented on in previous notes, we are looking for the correlation extreme between the Nikkei and yen to thaw, in a manner similar to the reversal in Q1 2009. The difference of course being, that the trends today between the Nikkei and yen are inverse to that time (Figures 3-4). That said, we expect a similar outcome from the correlation extreme that also takes a reflationary path for both assets (Figure 6).
at 12:02 PM