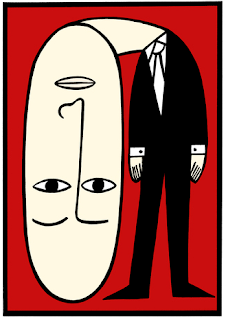 – Heavy is the head that wears the crown.

Among our less prescient perspectives has been the expectation that the precious metals sector would rekindle the flame it fervently held over the previous decade. Despite successfully exploiting the explosive downside pivots in silver and gold from May and August 2011 through the second quarter of 2013, the sector has continued to disappoint our more bullish leanings, while slowly circling the drain in a disinflationary counterclockwise rotation.

Over the past few months, we have taken a more agnostic approach to precious metals across the intermediate-term; primarily, due to 1) the further breakdown in the yen this May (see Here) and 2) the growing likelihood of a rate hike by the Fed – and greater similarities that gold was expressing with its secular low made along the Fed’s march to rate hikes in the summer of 1999 (see Here). With gold achieving fresh five year lows this week, we thought we would revisit the sector and offer up some thoughts on these two points.

Both Gold and the Japanese yen have trended closely together since the equity markets peaked in October 2007 and the financial crisis unfolded over the next two years. While Gold set its closing high eight weeks before the yen in 2011, it has since followed the downside breaks in the yen with varying lags of several weeks – the most recent breakdown in the yen occurring 8 weeks ago.

Although there are a number of motivating factors inherent to each asset, the correlation relationship was principally driven by their respective values relative to the US dollar. While we’re less inclined today to comment on the efficacies or conspiratorial connotations that some will wrap a currency narrative such as this in – i.e. a currency war or “exporting deflation”, there is a zero sum market reality to what transpired in Japan and how it broadly affected other currencies and assets.

Simply put, a consequence of Japan’s aggressive monetary policy initiatives taking traction over the past three years, has resulted in a much weaker yen, a stronger dollar and a contributing headwind to the prolonged bear market in gold. One way of framing the relationship is that as Shinzo Abe – then the leading frontrunner for the Prime Ministership in Japan, laid out his plan to aggressively attack deflation in November of 2012, the yen began its steep depreciation – buttressing the dollar and world equity markets and weakening gold and the commodity markets, as a virtuous cycle blew across on gusts of disinflation now blowing strongly out of the east.

Fast forward to today, both the yen and gold are down over 40% since making their respective highs in 2011 and the bold policies presented – then enacted, by Abe in early 2013, has helped lift the Nikkei over 130 percent and confidence in Japan’s economy; who experienced an annualized growth rate of 3.9 percent in Q1, on the back of unexpected increases in private business spending, which was up 2.7 percent quarter to quarter, compared with previous estimates of just 0.4 percent.

Thankfully, despite our outlook on precious metals, we correctly read the tea leaves in the Nikkei, which notably from a leading perspective of Japan’s 25 year asset decline, appears to have broken free of deflation’s grip – well before Japan’s economic data is expected to confirm later this year. Moreover, the significant decline in the yen has now brought the yen’s real trade-weighted exchange rate back to its lowest level since the 1970’s, with a legitimate concern that any further weakness would materially hurt Japan’s domestic economy. Over the past month, comments from Haruhiko Kuroda – Governor of the Bank of Japan, has echoed these sentiments – stressing that further actions to expand QE was unnecessary, as the currency was already “very weak” and inflation was expected to rise in the coming months.

The question remains: does Japan now have the escape velocity to sustain its economy and equity markets without a weaker yen – and will gold benefit as the collateral currency effects subside from Japan’s aggressive round with deflation?

In our estimation: yes and yes.

As mentioned in previous notes, we still expect the inverse correlation extreme that has been in place over the past three years between the Nikkei and yen to reverse course (Figure 7) – and continue to like the Nikkei’s long-term prospects (Figures 4-6), as recently described in Japan’s “Lucky Few”. As such, we view a position in the yen as a hedge to any equity market exposure in Japan and approach its more bullish future outlook relative to a broadly weaker US dollar. All things considered – a stabilizing and strengthening yen will be a step in the right direction for gold.


When it comes to the 1999 market parallels, gold appears to be offering up the same fire-sale opportunity provided going into the first rate hike in June 1999, which ultimately became gold’s bear market secular low one month later. Per the 1999 10-year yield model (Figure 8), the September meeting appears as its comparative equivalent – and although a rate hike in September may further roil gold over the short-term, similar to 1999, it delineates that the economy has arrived in the late expansion phase of the cycle, where commodities typically outperform equities as inflation finds a foothold and the virtuous disinflationary cycle exhausts.

Despite conventional wisdom, this is why the US dollar has generally appreciated during the expectation phase and declined subsequent to rate hikes. Considering the performance extreme reached by the US dollar during the drawn out build-up to the policy shift at the Fed (Figure 9 & 10), the downside symmetry could extend below where most participants and analysts foresee.

Similar to the market environment in 1999, the “virtuous” disinflationary cycle was sustained well beyond where more prudent policy handlers would likely condone. And while we tend to have greater support of the Fed in the wake of the financial crisis, we do expect pent-up inflation – which was largely held at bay through various monetary policy initiatives at home and abroad, to have much greater capacity than current expectations – or the reach of nominal yields. From our perspective, this strongly suggests building positions in hard commodities – such as gold and oil, as the broader market takes its cue from the next policy pivot at the Fed, which appears right around the corner in September.