Although I hold strong beliefs about the fragility and foundation of the equity markets first quarter strength, as a trader I reserve the right to drop some of that dogma and prepare for a continuation of what I perceive to be unfavorably high valuations. This preparation is primarily based on the benefit of hindsight in observing where the market chose to expand volatility, support and range, and how it expressed itself in some of the momentum metrics I follow. For the majority of the first quarter, most of the equity market data that I observed was compressing and historically homogeneous. In essence, the market went straight up while volatility came tightly in. For the last several weeks, the market has finally provided a few fingerprints through swift shallow pullbacks, which appear to point towards higher prices in the coming weeks.

The balance of the month presents a confluence of motivators and governors of price, stimulus and crowd psychology. Essentially, the new Millennium’s trilogy that determines the markets relative potential. Between the cornucopia of earning reports this week – headlined by Apple today, a Fed meeting tomorrow and a pivotal Bank of Japan meeting Thursday night, the markets are poised and fueled on the tarmac waiting for the flight plan of their next move. All that is needed is a determination of hemisphere.

Considering the lion’s share of weakness over the past month was sequestered to the commodity and foreign equity markets – as well as the largest market cap company in the world, the U.S. equity markets are treading water above what was previously significant resistance. Should this support continue to hold, from my perspective it would lend itself to lengthening the duration and expectation of the rally. 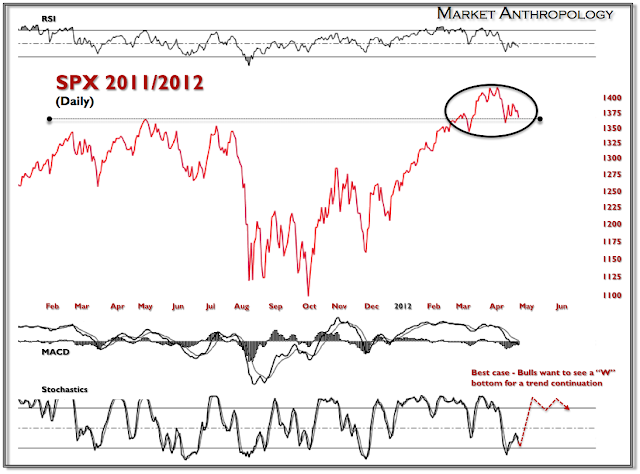 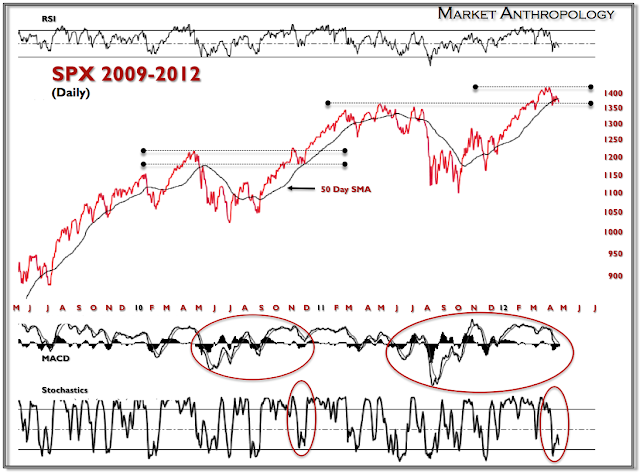 I am keeping a close eye on the similarities in structure and seasonality of the 1995 analog –  which served as the last and only time the market made its way through the long term Meridian. And while history may not repeat along exact geometries and outcomes, it bares noting the very similar market structure of testing crucial breakout support – before turning higher. 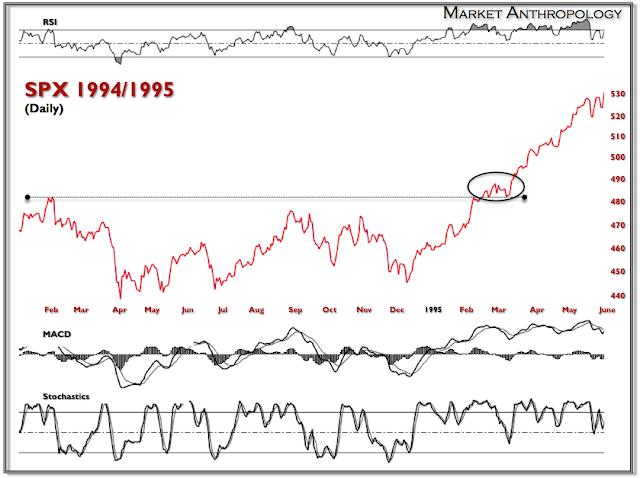 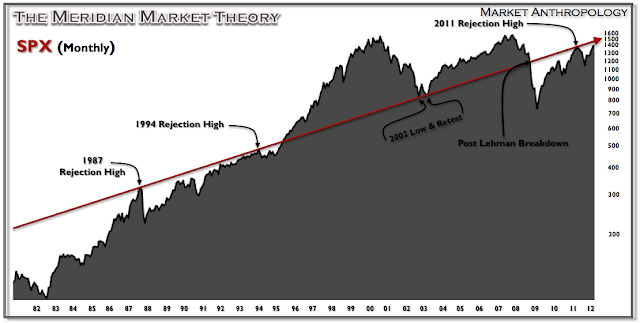