I’ll be the first to admit that finding causation for the reflexes in the market is typically a fools game. If you give enough of them, you are bound to be right from time to time. Heck, they are still arguing over what caused the Great Depression – with each side claiming victory based on their own predisposed biases towards the events.
With Investing, dogma tends to pay very well if you subscribe to the right line of thinking over time.
With trading, dogma only pays for a relatively short period of time (if at all) where the market overlaps with your own beliefs. It’s rarely a straight line. 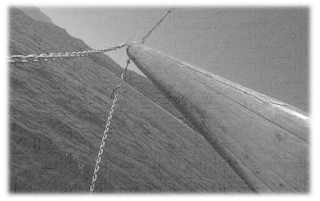 As a trader, it’s best to keep an agnostic perspective while you navigate the markets. That doesn’t mean that you trade without a ballast of understanding where you sit in the broader scheme of things, just that you are open to shifting your position before the boom comes across and knocks you unconscious.
The best traders dance gingerly from position to position, all the while keeping an eye on their course.
Finding our Bearings in Equities (Short term)
I classified the dynamic in the oil and gold sectors as bearish towards the equity markets, because they have generally been trading in sync since the March 2009 lows.
I am also closely watching the financial sector as it struggles to shake off the bearish news in housing and generally just an apathetic attitude by traders into more momentum driven stocks. This is not necessarily as bearish as it sounds and it has more relevance in the intermediate to long term time frames. Think of the rally out of the March 2009 lows as a relay race. The financials ran the lead off leg in record time then passed the baton. If the rally passes the baton back to the financials and they lead the market lower from here – then I would consider that bearish towards the trend. But for now the jury is still out.
Overall, the market rally out of this months lows seems to be at an inflection point. The next day or so should give more clarity.
at 8:02 PM