The 1987 Nikkei projection that we’ve followed throughout the year is completing the less mentioned, but more important – long-term patterned outcome the momentum comparative always implied.That market inertias would be quickly restored to the upside, once the retracement decline was completed.

As mentioned in previous notes, this same pattern was replicated in the S&P as it navigated and was rejected by the Meridian in 1987, 1994 and in 2011. On each occasion, the low offered investors an excellent buying opportunity. Similar to the patterned reversal in the SPX in the fall of 2011, investors are getting one more chance to buy Japanese equities on sale before we expect Japan to overcome the pernicious tentacles of deflation, that has rejected their equity markets at long-term resistance over the past three decades. 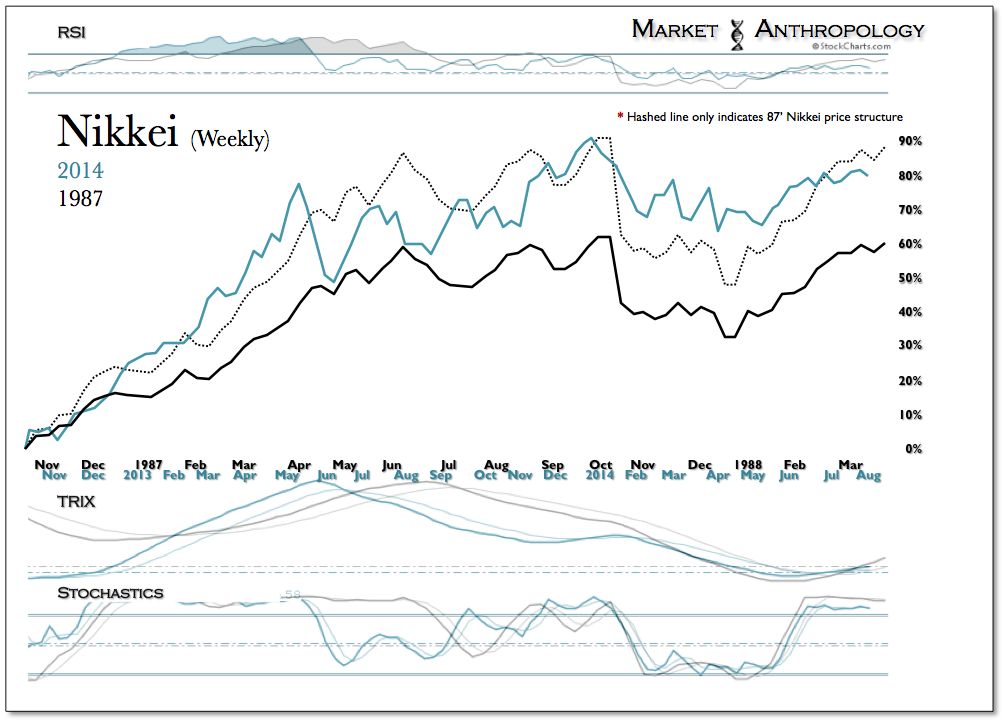 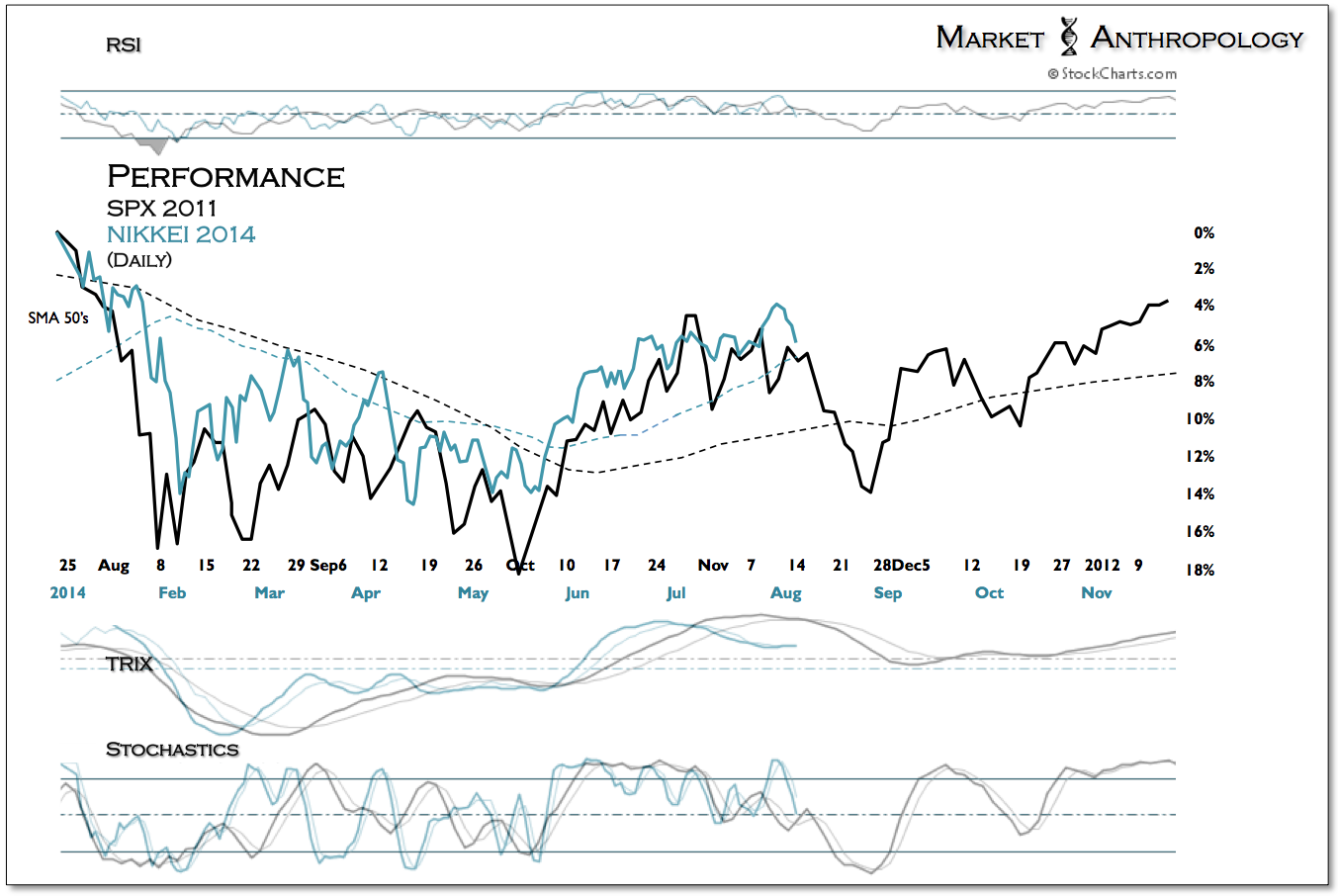 Alexander Graham Bell once shrewdly remarked, “As one door closes another one opens.” Fulfilling that leading sentiment, while we are encouraged by the set-ups in Japan, the shutters of deflation appear to be closing in Spain where our long-term deflationary comparative has pointed towards. While the projection implies a short-term low, we offer another pearl of wisdom from Bell that epitomizes our proactive research methodology with markets. – “Before anything else, preparation is the key to success.” 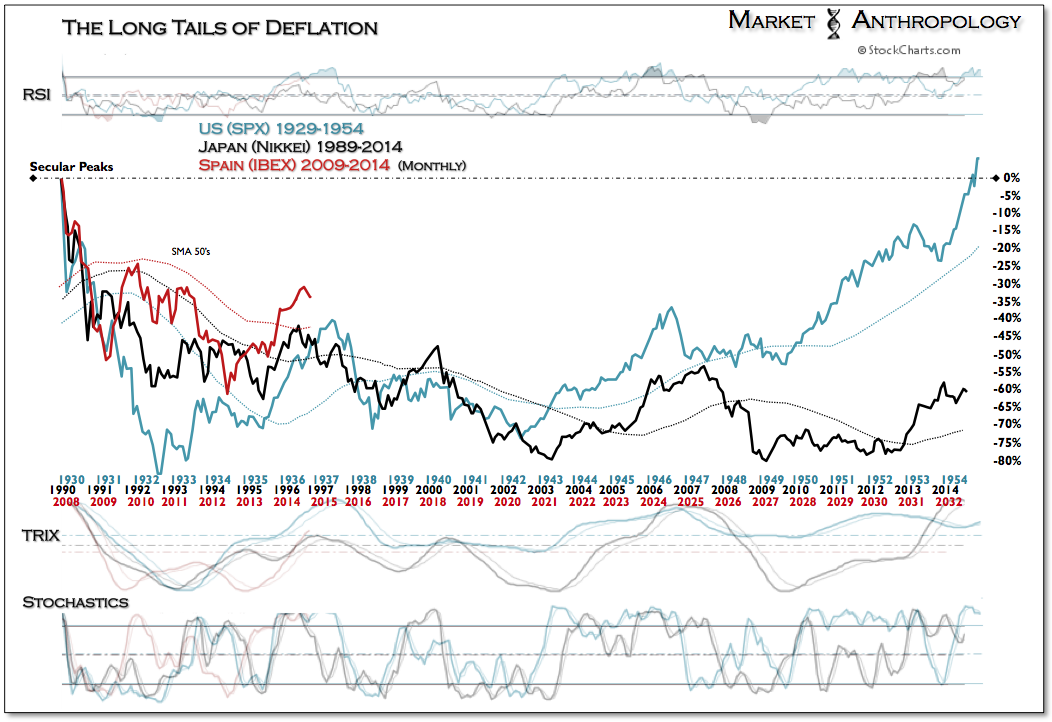 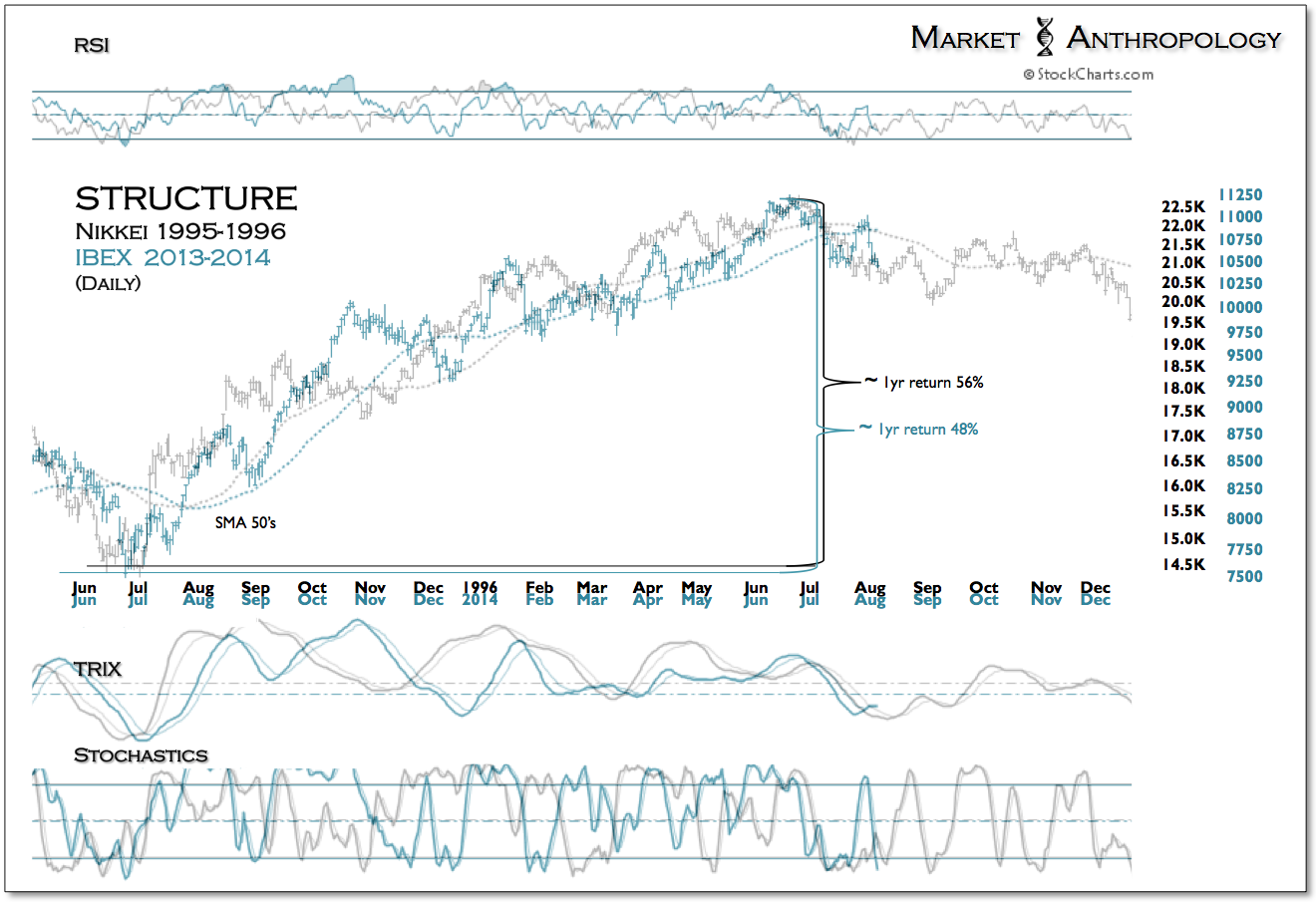