Climbing the Great Wall of Worry in China 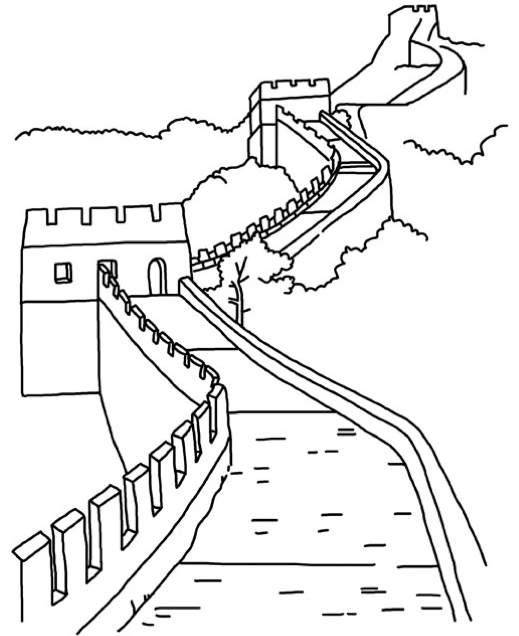 Like the Great Wall built by peasant hands over two millenniums ago, the current wall of worry in China – the foundation for any lasting bull market, has been steadily built and mortared since the financial crisis exhausted in 2009. While outlooks have brightened considerably in the west as equity markets have enjoyed stellar returns on the back of renewed confidence in a system that almost destroyed itself, the general investment opinion towards China has continued to sour as bricks of doubt have been laid higher and higher on the wall.

Growth slowing, credit tightening – excesses weighing… Most weeks you’ll find these three main underlying concerns sprinkled and punctuating research notes and market headlines with only one foregone conclusion: Buyers beware – because China’s going down. Flanked by some heavy hitters like Jim Chanos, founder of Kynikos Associates, and academics such as Michael Pettis and Paul Krugman, a compelling case for betting against China has been rigorously argued and made. With many of their concerns recently borne out with weakening economic data over the past year, it would appear that the dominoes have started to fall and their equity markets inevitably poised to weaken.

And yet since last summer, the Shanghai Composite Index has trounced world markets and risen over 60 percent. What gives?

As mentioned in December in our most recent note on China (see Here), we believe the bears have extrapolated too much from China’s obvious growth downturn and given not enough constructive consideration to the significant efforts of President Xi Jinping’s major reform initiatives that are squarely aimed at transitioning their financial system and economy through increased governance and without a protracted and painful “rebalancing” that the policy wonks have agreed is necessary. And although the skeptics will view the most recent easing initiatives by the PBOC as just postponing or even worsening the inevitable collapse, we’re more inclined to side with the course of “recent” (last 30 years) history that has repeatedly witnessed the Chinese economy surpass expectations and raise the bar of what’s possible in a colossal hybrid system titrating from communism to capitalism.

Moreover, besides the historic consolidation and breakout pattern in the SPX that initially caught our attention years before, there are now similarities in the rear view mirror with the broad policy affects on markets, between what then Fed Chairman Paul Volcker did to the U.S. economy in the early 1980’s to root out persistent inflation and what President Xi Jinping’s has done in China to purge entrenched corruption over the past two years. Despite vastly different economic ails and prescriptions, both initiatives strangled the system for a spell and set the stage for the next phase in their respective economies and markets.

Proportional to the breathtaking breakout rally in the historic SPX comparative, the Shanghai Composite now sits below the pattern highs from 2009 – consolidating its gains over the past three months. Although Chinese markets have been closed over the past week in celebration of the Chinese New Year, we expect the SSEC to continue climbing like a sheep, goat or more appropriately – ram; rising with the wall of worry and above its six year pattern highs. 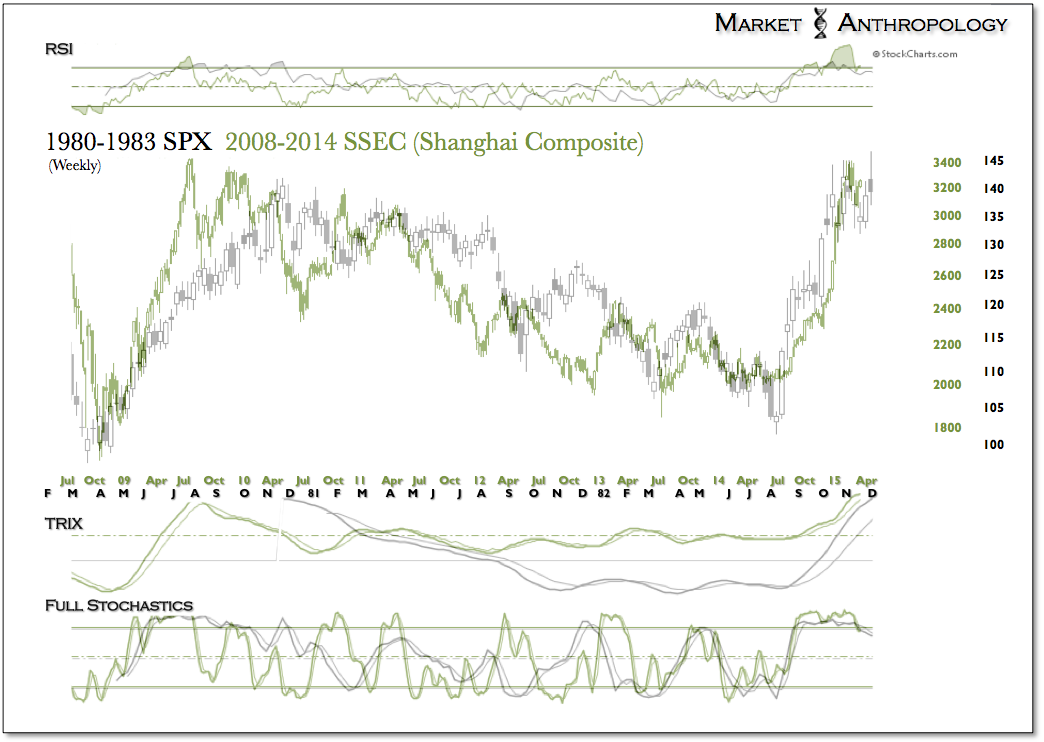 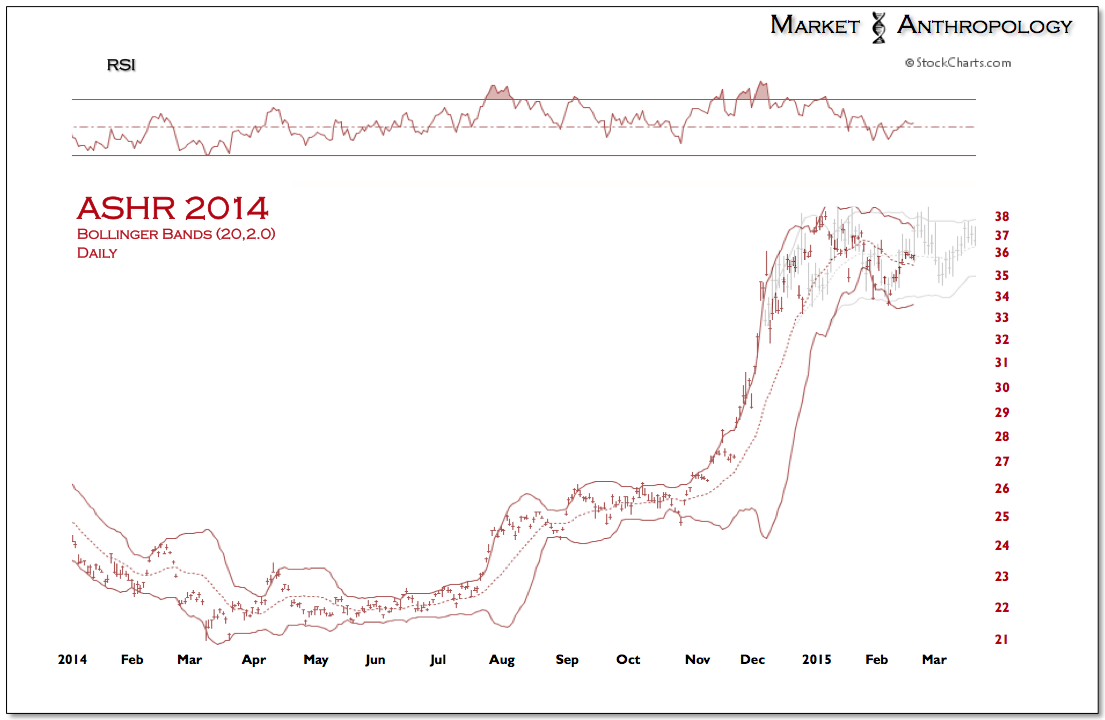