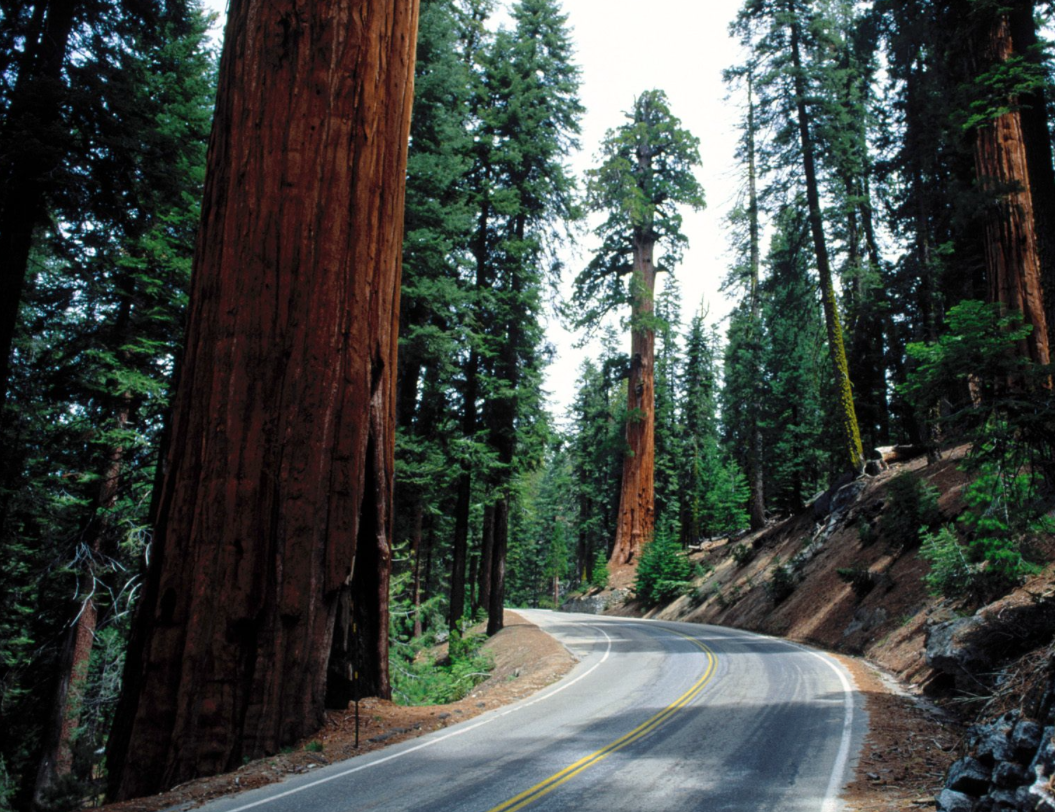 As the contemporary chapters of quantitative easing mature into their second decade (est. 2001 Japan) of trials and tribulations, it’s important to recognize that the policy influences have been applied in varying economic conditions – along different points of the market cycle. In the old growth valley of the long-term yield cycle, where monetary policy has run out of road, quantitative easing has just become an extension along the policy continuum – beyond the mystical plane of ZIRP.

While anxieties have inevitably risen over the sheer size of these relatively unfamiliar policies, we expect as more economies come face to face with QE, a greater and more discriminative understanding will be made on the part of market participants, as QE is enacted – expanded or wound down.  A fascinating example of these distinctions can be found today, between policies in Japan, Europe and the US.

Throughout the year, we have followed the market developments in Japan and expected as the year drew to a close, the Nikkei would break free of the nearly 25 year old range – that has defined its long battle with deflation. Back in April we summed up our thoughts in The Long Tail of Deflation:

Our general outlook for the Nikkei this year has been that the rally that began with the commencement of Abenomics at the end of 2012 became stretched to a relative extreme and that the breakout leg for Japan and perhaps its perennial battle with deflation would occur at a lower level (technically) and after another subsequent correction. That correction has materialized this year with the Nikkei underperforming almost every major market in 2014. – The Long Tail of Deflation

With the Nikkei breaking through overhead resistance in September, a slingshot reflex materialized last week after the Bank of Japan expanded their scope of accommodative policy. From our perspective, it’s important to recognize that unlike Europe – which is just beginning to belly up to QE as economic conditions have worsened over the past year, Japan is expanding policy while underlying fundamental conditions have mainly improved. While it’s certainly not a panacea, Jeremy Schwartz over at Wisdom Tree has repeatedly and clearly outlined Japan’s case, most recently in September (see Here). Similar to the US’s expansion of QE during periods of economic stability, the policies can act as an accelerant within the market cycle as economic conditions broadly improve and buttress behavioral affects.

With respect to the Nikkei itself, since testing the lows in April, the bulls have been rewarded as upside momentum has been quickly restored as the comparative pattern suggested. Here’s a quick snippet from a note in August (see Here) that described the set-up that was developing:

The 1987 Nikkei projection that we’ve followed throughout the year is completing the less mentioned, but more important – long-term patterned outcome the momentum comparative always implied. That market inertias would be quickly restored to the upside, once the retracement decline was completed.

As mentioned in previous notes, this same pattern was replicated in the S&P as it navigated and was rejected by the Meridian in 1987, 1994 and in 2011. On each occasion, the low offered investors an excellent buying opportunity. Similar to the patterned reversal in the SPX in the fall of 2011, investors are getting one more chance to buy Japanese equities on sale before we expect Japan to overcome the pernicious tentacles of deflation, that has rejected their equity markets at long-term resistance over the past three decades. 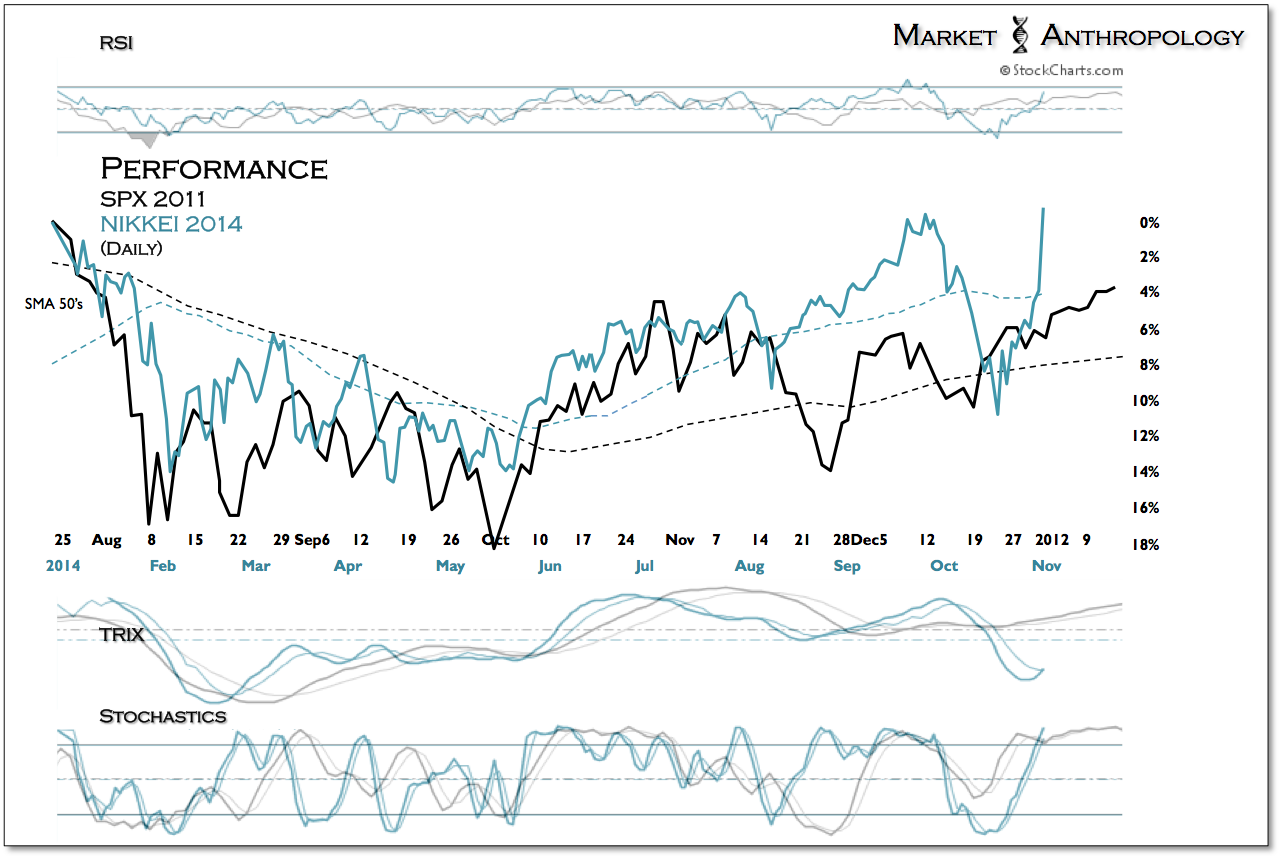 Contrary to contemporary policy in Japan – but similar to where the Nikkei stood in 1996, southern markets in Europe – such as Spain’s IBEX, are the leading fronts of where deflation is currently pushing up against the Old World. While Draghi appears to be making a college try at breaking where the deflationary cycle has typically turned down, the realities confronted in the political and structural arenas in Europe may prove too difficult to overcome at the current juncture. As mentioned before, we’re not sure where the German’s will find religion, but expect it will only be after pronounced pain in their coffers and weakness in their equity markets shows up at their front door. 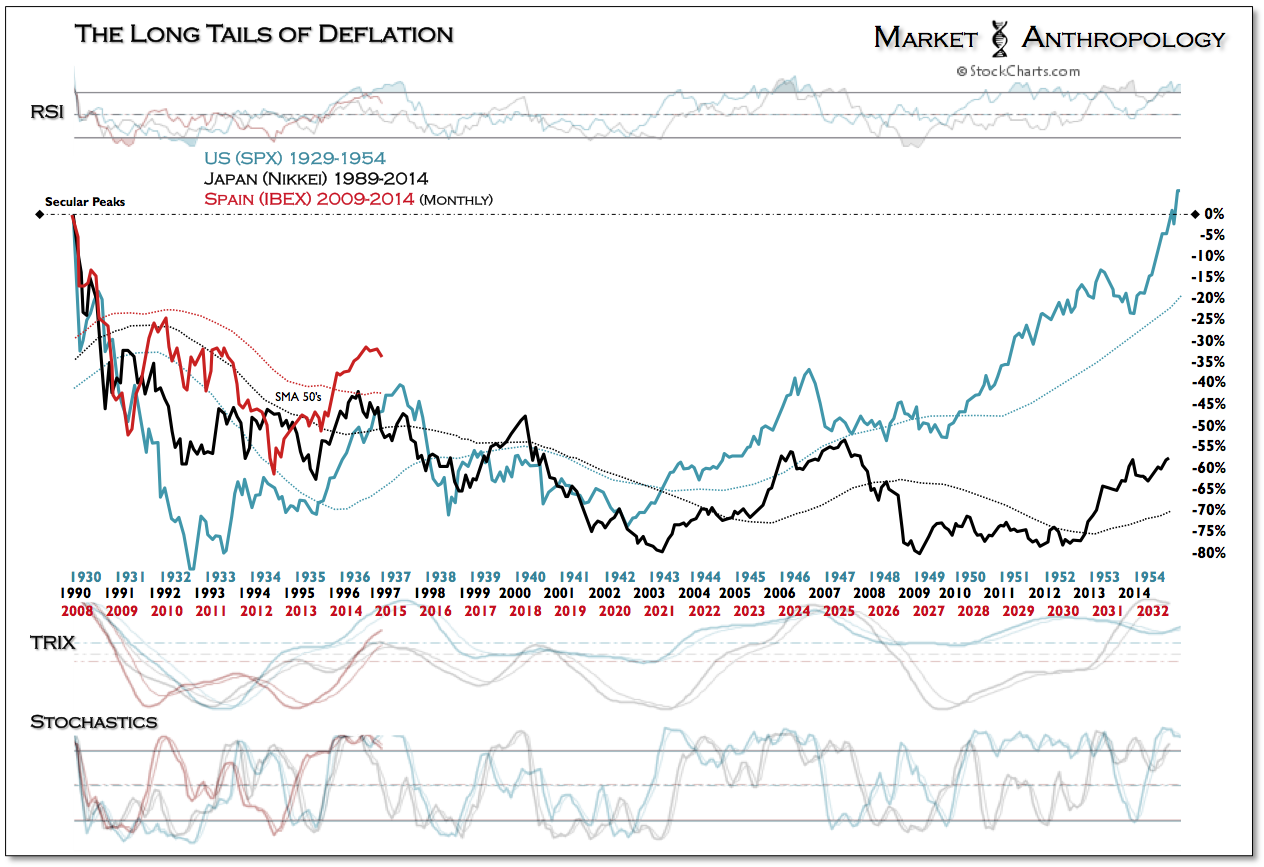 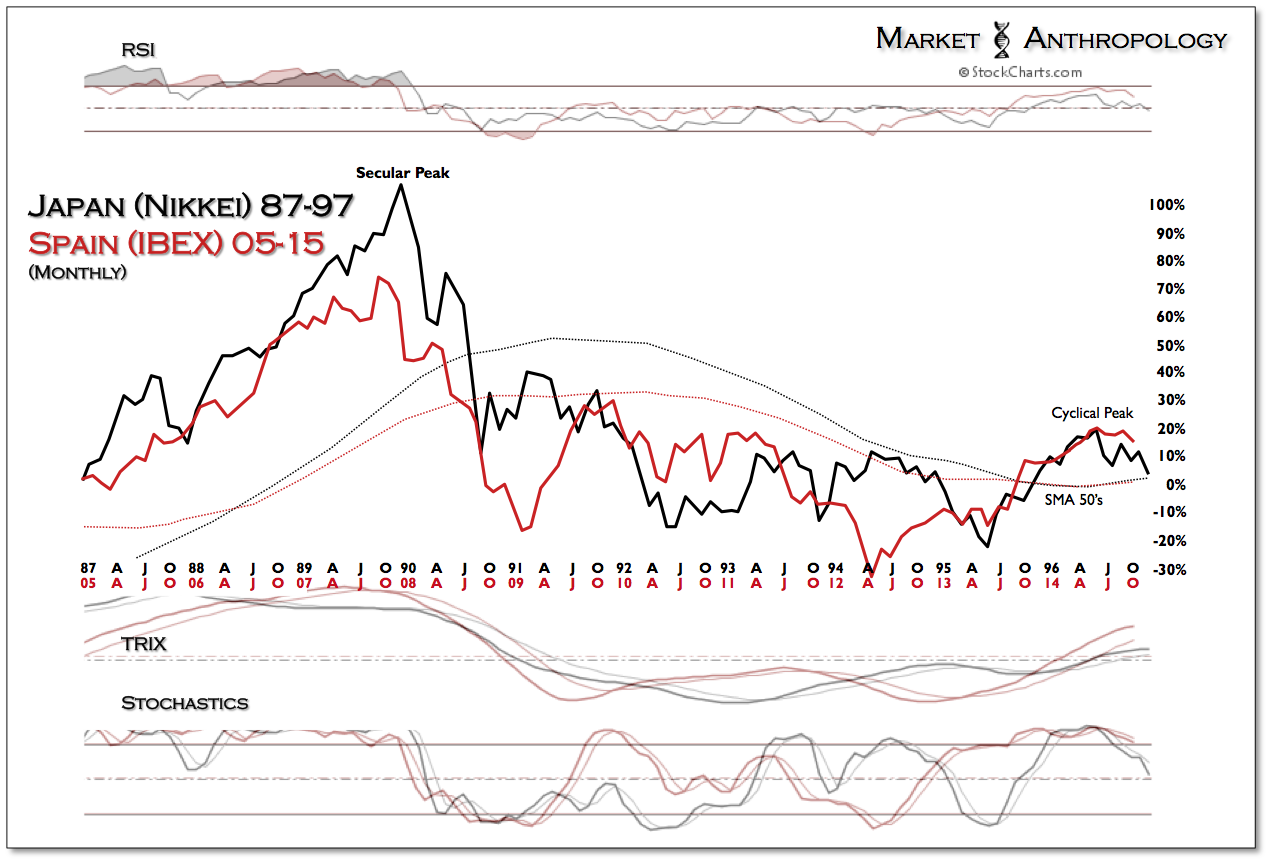 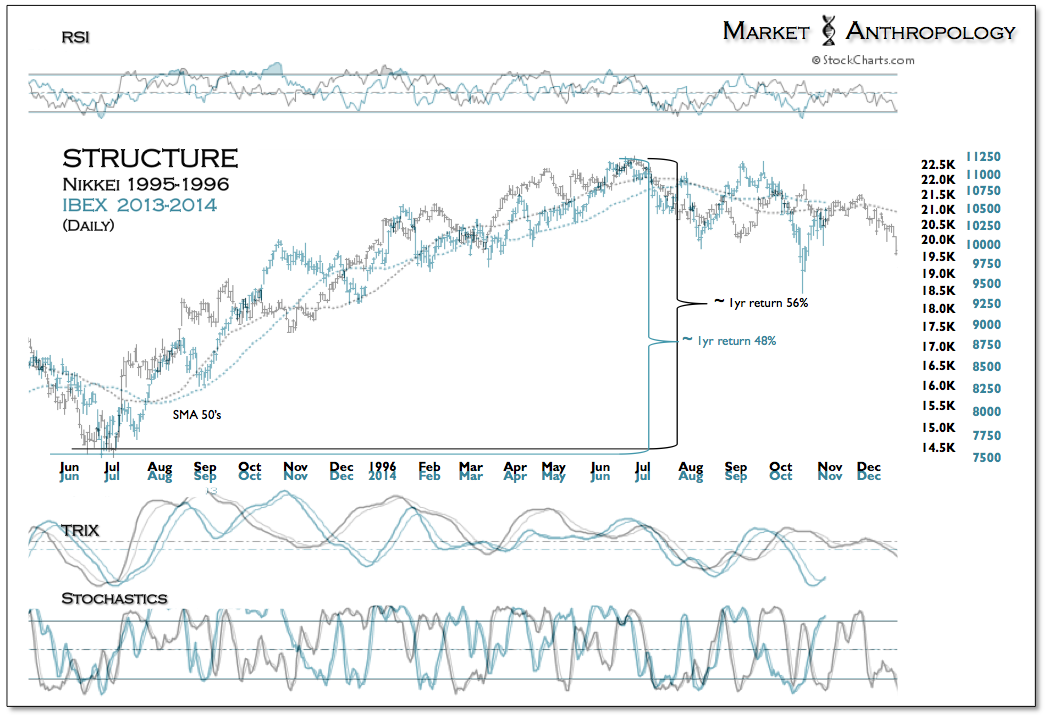 As a postscript tie-in between our more bullish leanings in precious metals (gasp) and our continued favorable outlook in Japan, we believe the two market postures can be reconciled, when appraising the long-term correlation trends between the yen and the Nikkei. 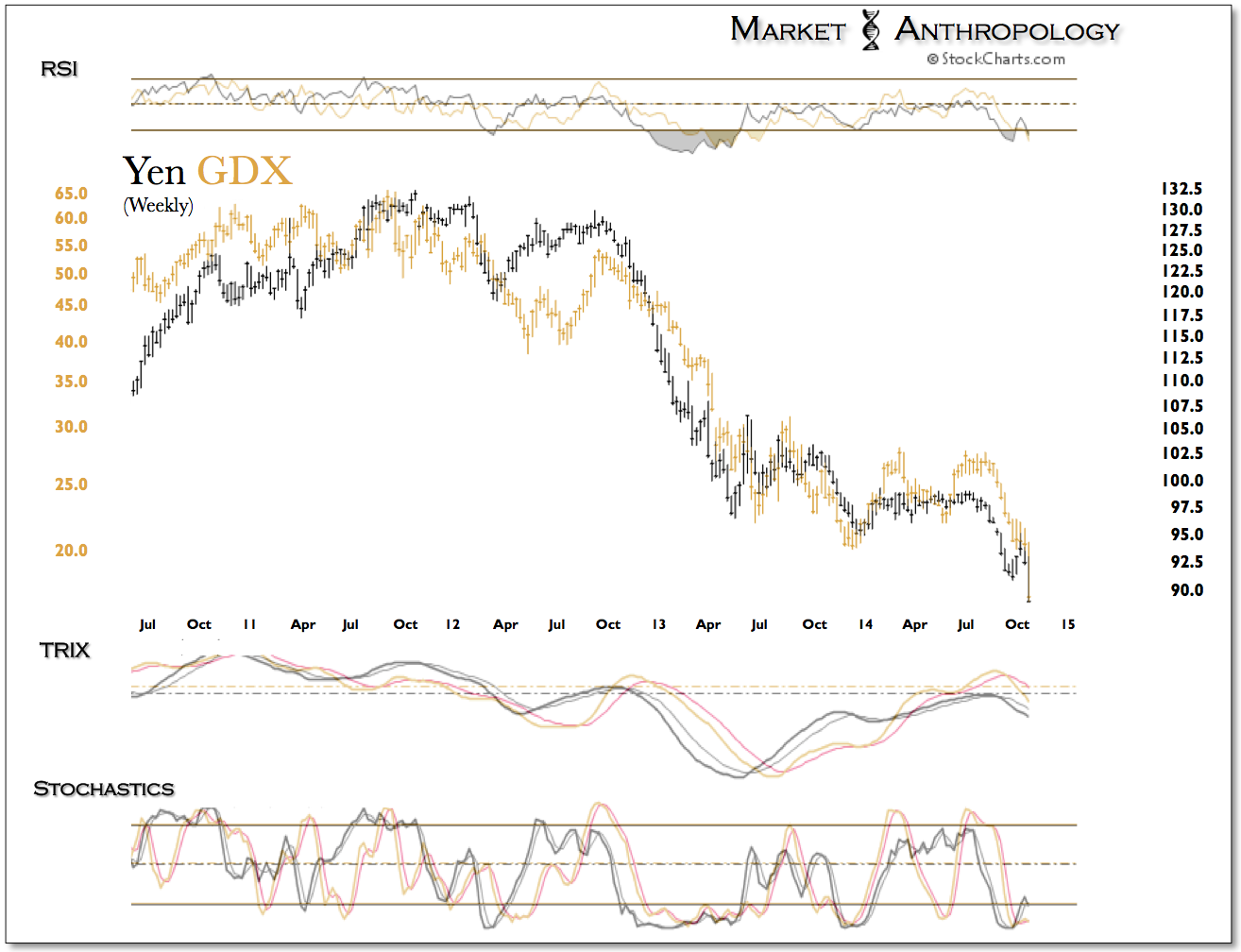 While the Nikkei has provided an upside hedge to the continued slide in precious metals, we haven’t been able to eat much cake – as the yen has remained tightly correlated with gold and silver and negatively correlated to the Nikkei. So much in fact, that the last time the Nikkei and yen were coming off a comparable correlation extreme, was in the fall of 2008 – as the Nikkei caught fire during the financial crisis and the yen was bid sharply higher in a safe haven scramble.

Today, while the correlation trends are quite similar – the market reflexes are inverse to that time. Should the nuances of the comparisons prove prescient, we expect the yen will find a bottom shortly and start moving higher with the Nikkei and precious metals, challenging the more recent assumptions by market participants this time around the block. All things considered, we still like the respective positions, especially from an absolute return perspective. 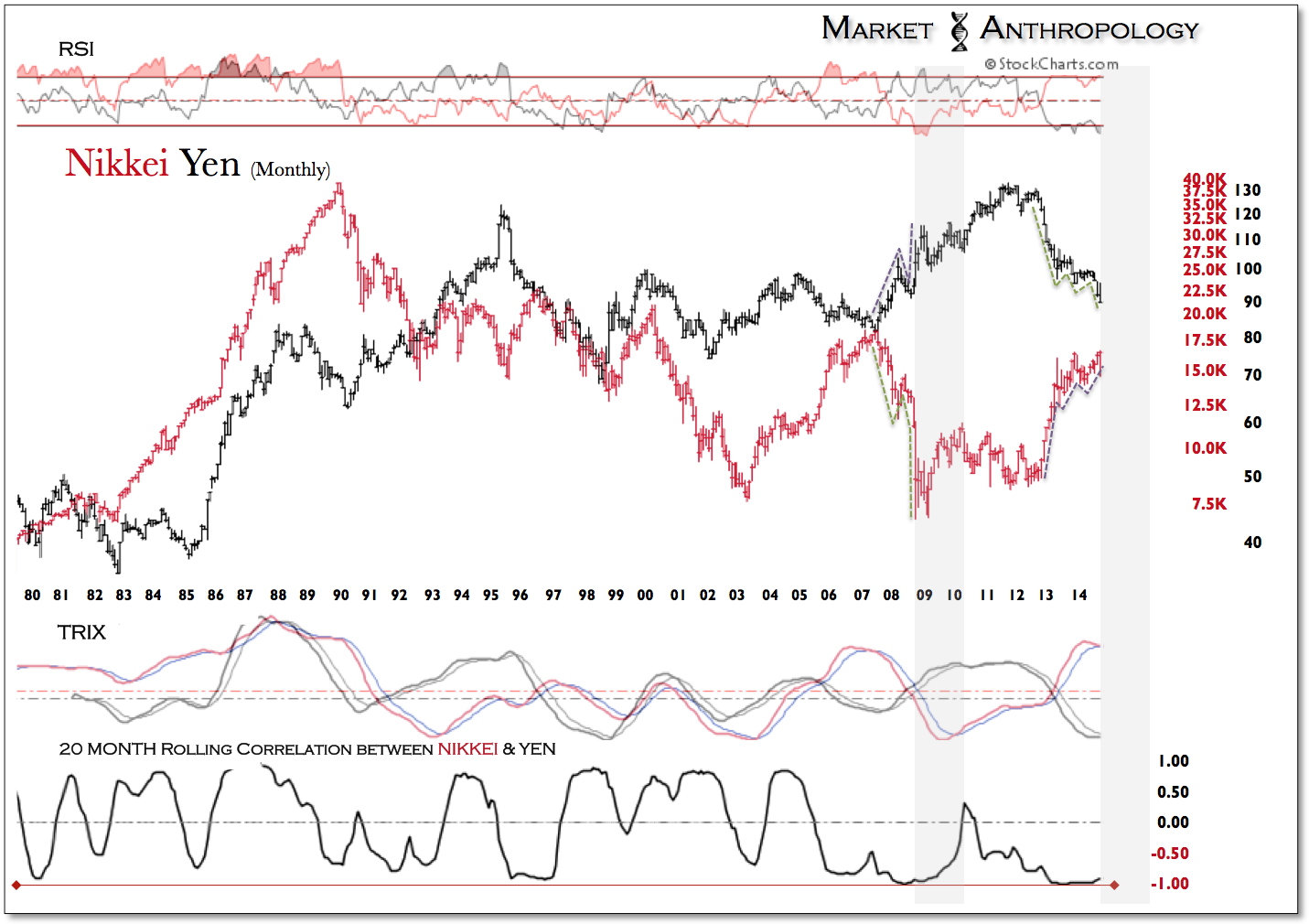