By the looks of things yesterday, most equity traders needed to be reminded of the basic transmission dynamics of how a credit/liquidity crisis moves through the system and back again. Thankfully, HSBC’s CEO – Stuart Gulliver, obliged those concerns and shed some less than flattering light on what will inevitably follow the European sovereign debt crisis – a credit crunch downstream of the banks. Just as the subprime crisis roiled our credit markets and turned a rather insignificant corner of the market upon itself, Greece has introduced the same reflex to Europe – which in turn will squeeze Asia.

Stuart Gulliver, chief executive of HSBC, warned on Tuesday that Asia is facing the threat of a potential slowdown in the flow of credit to the region, especially from beleaguered European banks.

Many Asian nations depend on foreign banks for a large chunk of their funding, raising the prospect of a credit crunch as cash-starved foreign banks either retrench or raise the price of their loans.
Continental European banks were responsible for 21 per cent of the $2,520bn of international bank loans outstanding in Asia excluding Japan as of the second quarter of 2011, according to the Bank for International Settlements.
“The strong increases in credit availability in Asia that has supported demand growth cannot continue indefinitely,” said Mr Gulliver, who was speaking in Hong Kong the day before his bank announces its third-quarter results.
…However, they warn that lending could plunge if the eurozone crisis spins out of control. “Any move to shut off the emerging market credit spigot could have powerful knock-on effects on domestic demand growth,” JPMorgan warned in its latest Global Data Watch last week, referring to emerging markets in Latin America and Europe as well as Asia. “Emerging market economic growth has been fuelled by rapid bank lending.” Financial Times – HSBC chief warns of Asia credit crunch

As anyone who has been following my work for the past year knows, I have kept a close eye on the silver market as a leading indicator of the liquidity issues that inevitably arise during financial crises. It was one market during the previous financial crisis that forewarned traders of the underlying systemic risks that eventually materialized in the fall of 2008. This year, it has once again proven to be a prescient tell of the respective pressure points that were approaching in the equity, currency and commodity markets.
To further color what I perceived to be the unbridled risk appetite within the silver market, I contrasted silver with the parabolic rise and break of the Nasdaq market in 2000. Interestingly, both markets have traded very similar, both through the parabolic rise and breakdown, when contrasted with the relative strength of their closest cousins – the SPX for the NDX and GLD with SLV (see Here).
Throughout the year I have provided periodic updates of how silver has performed along the same emotional arc (i.e., price structure) that the Nasdaq market traded in 2000 (see Here, Here & Here).
Last month, after silver violently broke down for the second time this year, I theorized in ChartLab (based on the Nasdaq analog) that silver may trade back to where it lost support during the late September crash (see chart below). 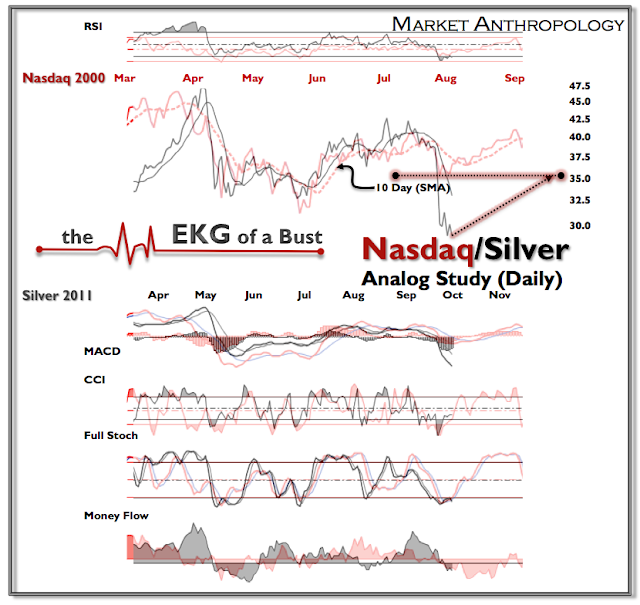 Now that silver has traded back to that level (and was twice rejected by it), it once again looks quite vulnerable to further declines. I have provided a weekly update of both the silver and Nasdaq charts – as well as a comparative overlay study.
If the Nasdaq chart is any indication (as it has been for over a year) of what’s approaching – the markets may be in for a rough ride in the coming months.
As always, stay frosty. 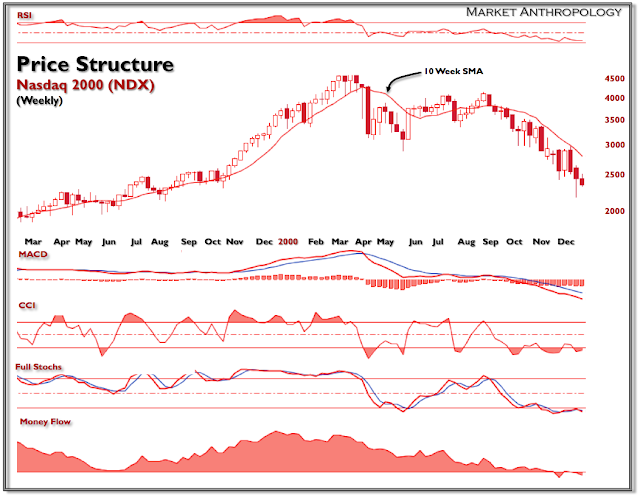 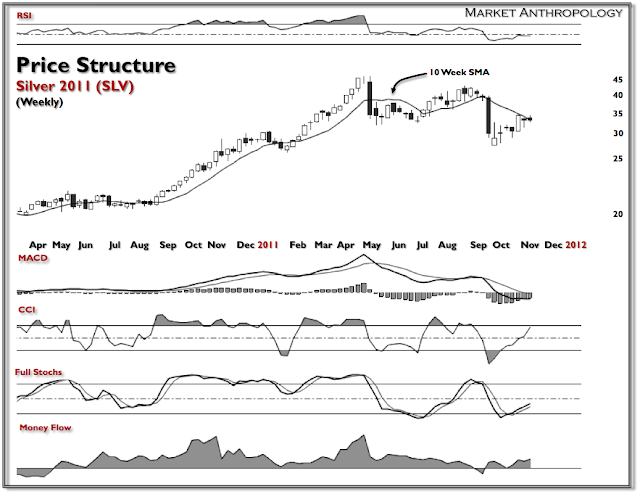 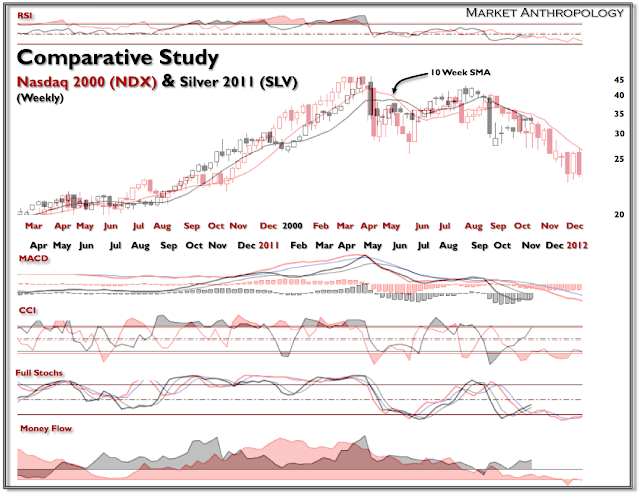