“Tell me how this ends,” U.S. General David Petraeus asked memorably of the 2003 invasion of Iraq.
Political leaders and economists in the euro zone are searching frantically for answers to the same question as a bond market rout of European sovereign debt accelerates, putting the future of the single currency in jeopardy.
Until a few weeks ago, the most likely outcome appeared to be that the 17-nation currency area would muddle through. The euro zone would bail out a few highly indebted small peripheral states, patch up its rickety fiscal governance and avoid either a break-up or a major shift toward federal integration.
That was then. Now it seems that without a radical game-changing initiative within weeks, the crisis may no longer be controllable. – Tighter euro zone gains ground as debt crisis exit, Reuters

Here is an update of the SPX Meridian Market Theory chart that I have been following throughout the year. In my last update – I was opportunistic in the mindset that the charts may have been pointing towards an approaching long-term low. And while we found a low a few weeks later, I now find myself reinterpreting (in light of what I have found in the charts and the data from Europe and Asia) what the most recent rejection may mean towards the market going forward.
You may say I am becoming more concerned as the market has double and tripled dipped the same positive news out of Europe.
Near term, in either case – bull or bear, I find the market precariously placed at the top of the range and likely to fall back swiftly over the balance of the month. 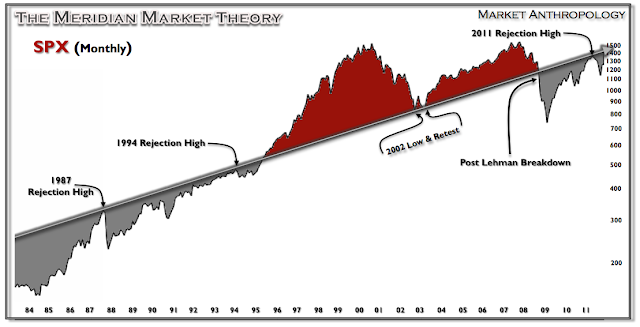 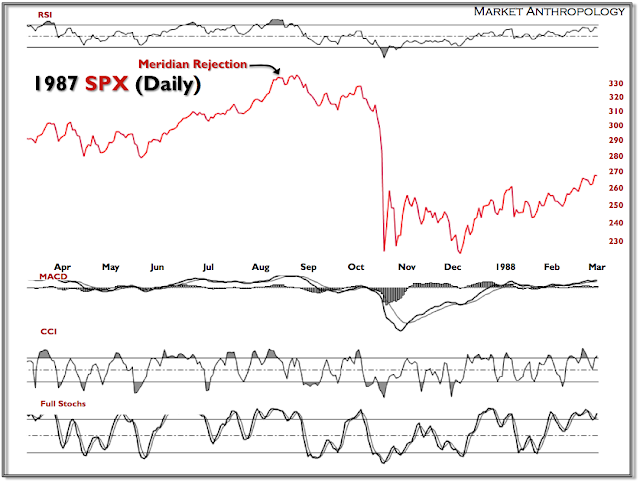 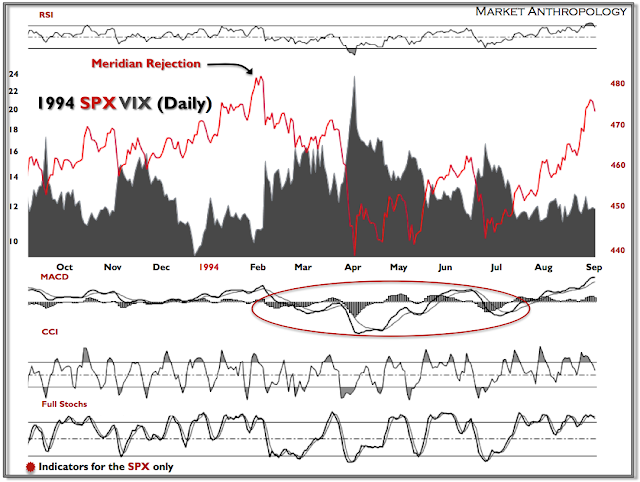 What is noteworthy in the comparison to the 1994 rejection analog is the degree to which the market retraced the “crash” decline (both exceeded > than 61.8%), before quickly retesting the lows for a third time. The market has also exhibited similarities in momentum signatures to the 1994′ MACD & stochastic indicators. 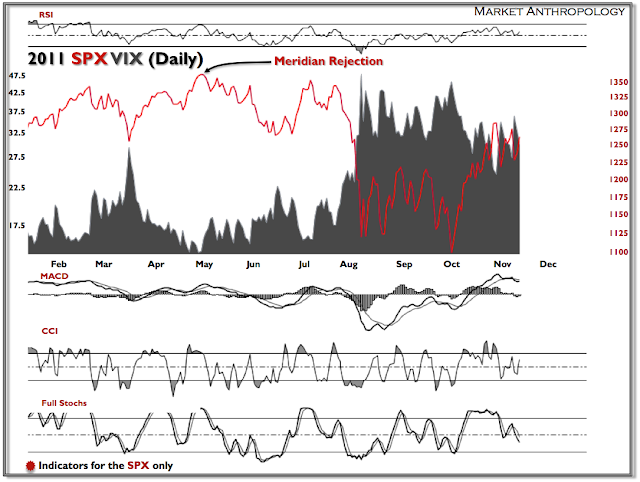 What makes the current bounce even more impressive (and concerning in light of the velocity and magnitude of a typical bear market rally) is the rejection decline was over twice the size of 1994, but the market has bounced proportionally just as high. The same could be said with the 1987 crash. The 1987 decline was roughly twice the size, but the current market has bounced even higher. The market has displayed herculean strength and speed when contrasted with the previous two rejections. Considering we now know the benign nature of the issues confronting the markets in 1987 and 1994, it strikes a glaring contrast, both with the size and speed of the rally – and what we know of the troubles confronting Europe today.
As always – stay frosty. 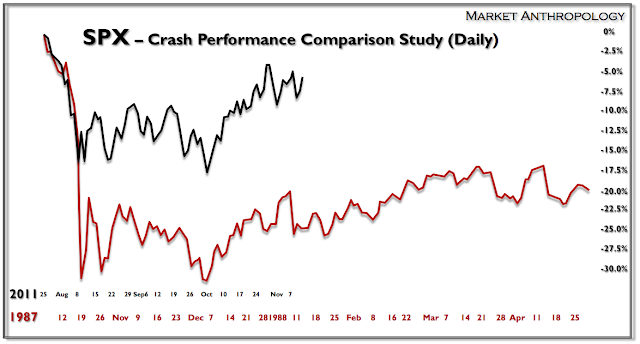 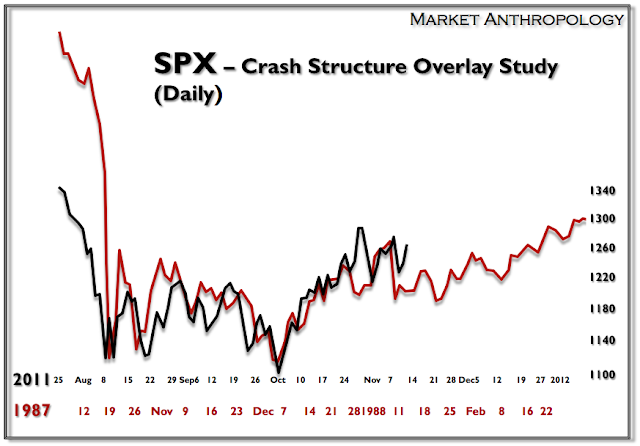 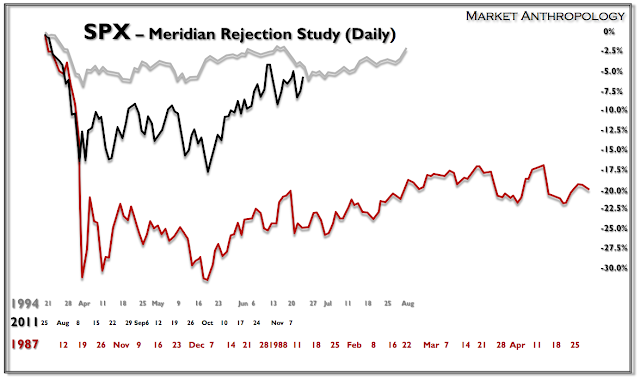