From backstage on Broadway to the headwaters of the Hudson, we return to our terminals a year older – hopefully wiser and perhaps a little bit fatter.  Onwards and upwards into 2014!

One of the better equity positions for us last year was catching the breakout leg in European stocks, specifically in Spain. Like many ideas, our eyes were opened from looking at the broader macro narrative – which in this case was developed last June from a newfound bearish perspective on the US dollar index and a bullish outlook for the euro (see Here).

In one of the last strong intermarket correlation trends remaining intact since the financial crisis ruptured, simplicity has reigned supreme when it comes to evaluating trends between Spain’s equity market and its native currency. In what became a tale of two Europes, the southern countries most susceptible and impacted by the sovereign debt crisis – such as Greece, Spain and Italy, were also the equity markets most closely correlated with the relative standing of the troubled and enigmatic currency. In existential terms – although counterintuitive to most analysts and monetary handicappers: so went the euro, so went the relative wealth of Spain, Greece, Italy, etc. 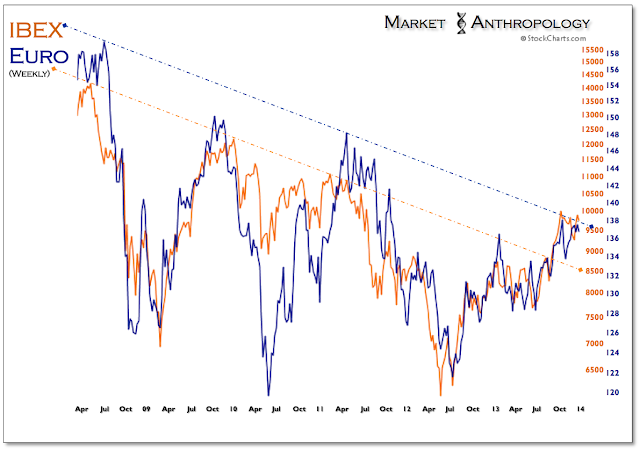 As the markets get off to a fresh but wobbling start here in the new year, we suspect the strong correlation trend between the euro and Spain (monthly = +.93) will start to thaw as we extend into 2014. At the moment we hold an outlier opinion, of having a more bullish bias on the euro here than European stocks in general. Although the euro is bumping up against overhead resistance from the sweeping range carved during the many machinations of the financial and sovereign debt crises, we expect the currency to work its way through that resistance from a variety of motivating factors over the coming weeks. With that said, we suspect that markets such as Spain have likely reached at or near their highs for the next few months. 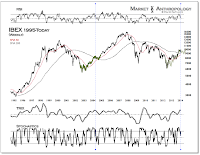 Over this past summer and fall we contrasted a comparative guide for Spain from its previous breakout leg from 2003-2004 (see Here) that presciently placed the current market very close to where it currently resides. Today, however, we recognize the considerable hurdles for these southern European economies and governments and expect the next chapter could be less sanguine and more along the lines of what has become a guide for us for the enigmatic euro and Europe’s broader deflationary and structural hurdles – namely Japan, circa 2003/2004. Although we are more agnostic with our long-term outlook on Spain than outright bearish, we suspect the consolidation range will continue before the possibility of a resumption of trend higher. 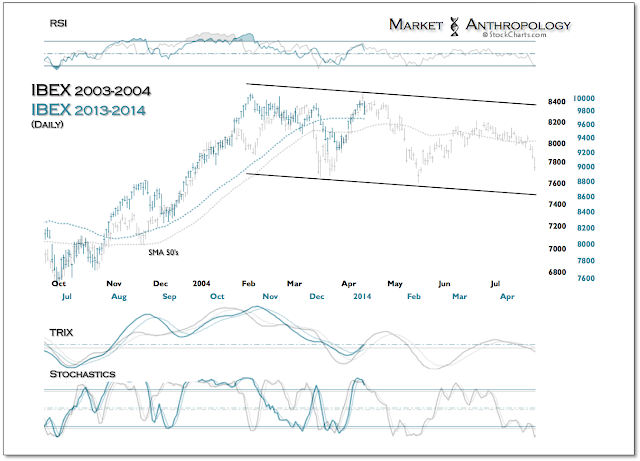 As shown below in the historic reflationary charts of Spain’s IBEX and Japan’s Nikkei from the previous equity cycle lows, the new uptrends both consolidated at the retracement hinge of the culminating denouncement structures. Should the current uptrend for the IBEX reestablish itself, we believe it will likely be somewhere between the consolidating range of the historic IBEX and Nikkei markets. That being said, we would guess that a longer and more drawn-out range is more likely, considering the parallels of structural and psychological support that was needed and extended to the market in Japan with QE starting in 2001 and continuing through 2006 – and the support established by the ECB to markets such as Spain with sovereign debt purchases in southern Europe in 2010 and 2011. 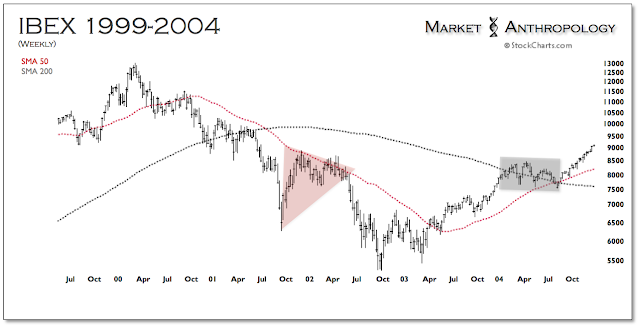 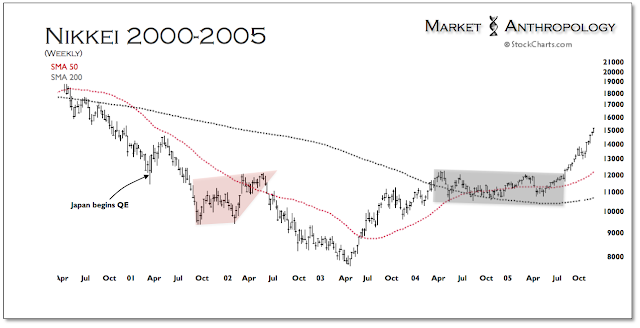 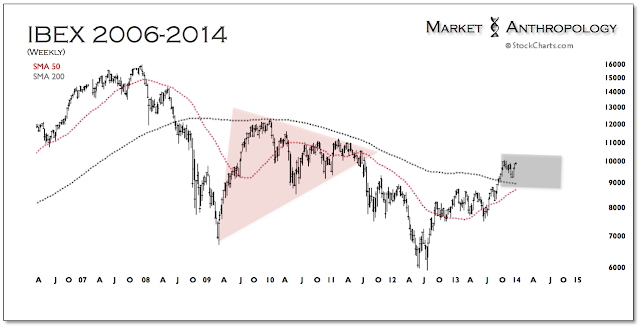 The long and short of things: similar to Japan in 2004 and 2005, we suspect that Spain will need more time to unpack its baggage from the previous crisis before embarking on its next trip north. The unfortunate reality is that in the long run and similar with Japan, Spain’s considerable structural imbalances and excesses could very likely become a strong governor on growth for the foreseeable future. While bright spots – such as the one they are currently residing in will inevitably appear, we consider them more tactical and opportunistic at this point than long-term positions.

The other parallel you find with Japan is in the levitating performance of its underlying currency; which to much of their monetary masters chagrin – failed to buckle even in the face of historic intervention, or in the euro’s case – existence. Living up to the counterclockwise fluid mechanics of such phenomenon, whiffs of deflation in the eurozone has required some considerable counterintuitive logic to navigate. Bleeding, yet breathing – they sail on. 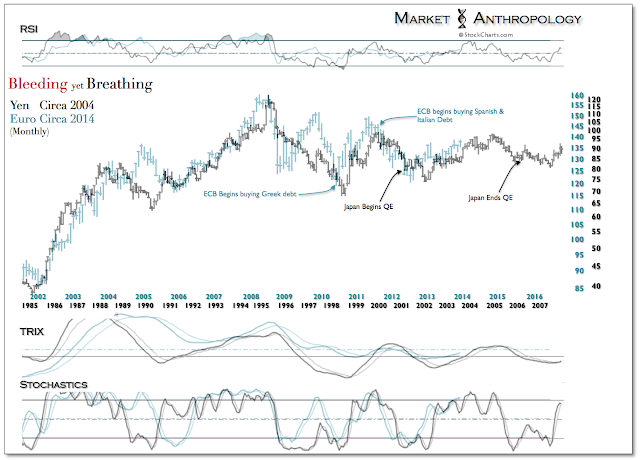 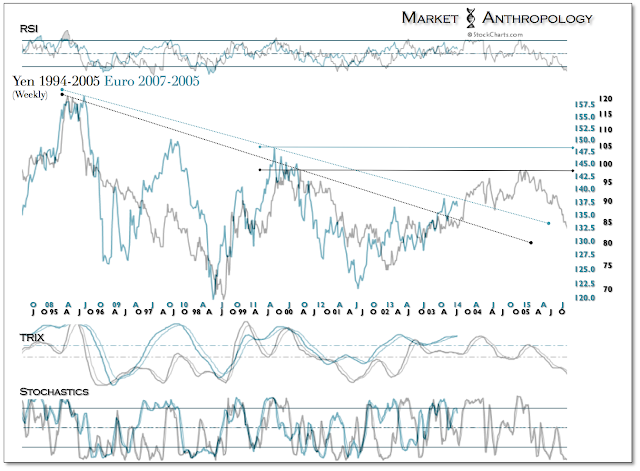