Back to School For the Euro 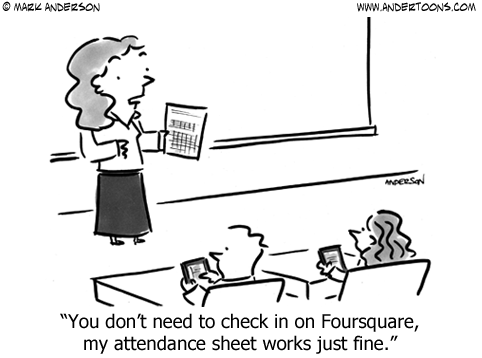 For lack of a better name, we call it Sunday night feeling in our house. It usually hits the kids around two or three in the afternoon and spreads with doleful interactions up the chain of command, eventually reaching its peak just before dinner.

“I don’t want to go to school tomorrow.”

“Where did the weekend go?”

Whether it’s the food for the kids or a glass of wine for mom and dad, the apathy is slowly swallowed and accepted by the time dinner is through. With the end of summer officially crossed this Labor Day weekend with a final crawl up the Garden State Parkway, we find ourselves sitting with a severe case of Sunday night feeling – here this Monday evening. Adding to our general indifference, we also find the markets situated with a mixed bag of performances through the summer months that leaves more questions than answers from both a tactical and strategic point of view. Granted, the markets are rarely an easy read or a fat pitch down the center of the plate, but the continued shift and loosening in inter-market correlations have muddled the waters considerably and allowed ebullient markets to remain buoyant as greater uncertainty abounds. Yes, uncertainty. In our experience, the old Wall Street adage that markets hate uncertainty, is about as accurate as your data is safe in the cloud… Perhaps a better truism would be: a market that stays in motion remains in motion – of course, until everyone is certain it will remain in motion. Let’s just call it the Minsky coefficient.


Looking back at the summer through July and August, we’ve experienced enough cross currents and strange bedfellows of performance pairs to collectively leave certainty in short supply. Just to name a few: Strong dollar – strong emerging markets and Chinese equities; strong dollar – strong bond market; strong bond market – weak yen; weak small caps – strong Nasdaq; strong bond market – weak precious metals; weak gold – firm gold miners. From a cross asset point of view, one of the primary outlier influences over the summer appears to have been at the hands of a weak euro. For all of our cynicism directed at the ECB and Draghi this spring, the currency markets pivoted sharply thereafter, cutting the euro over 4 percent through July and August. This in turn placed a strong bid beneath the US dollar index which maintained pressures on the commodity markets that weaken throughout the better part of summer.

That being said, the same market dynamics in which traders lean on the perception that the only clear path for the euro is lower – because of what the ECB can and will bring to the table, are even 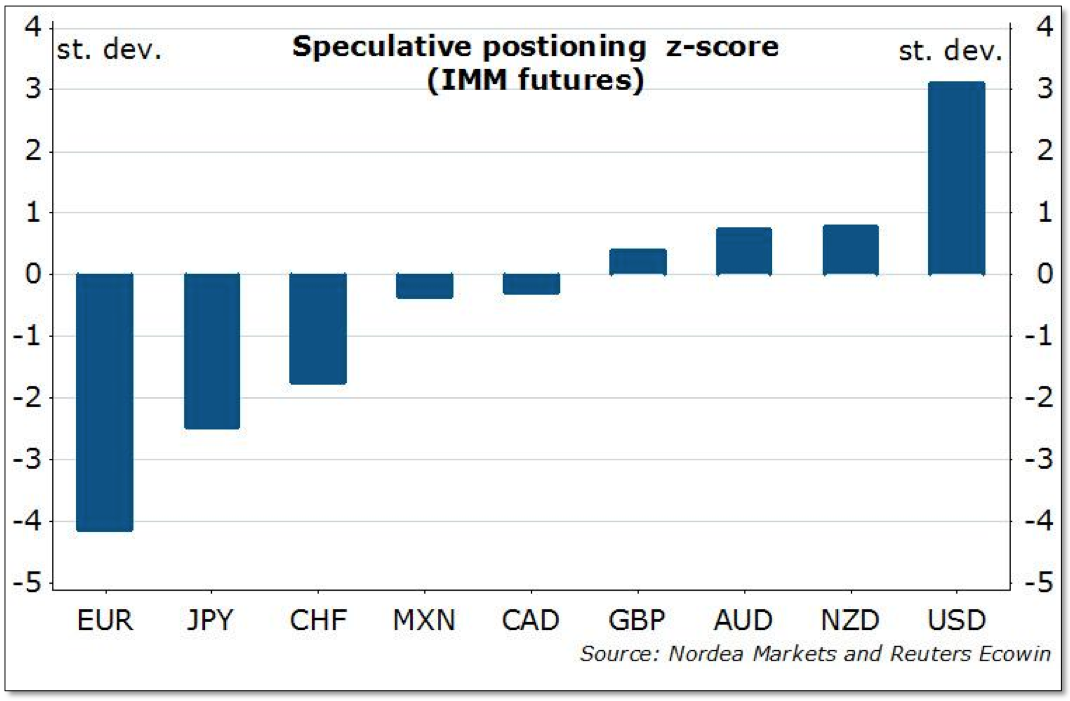 more stretched than where they were historically at the beginning of summer. To that end, gross short euro positions are in spitting distance of the record set in July 2012, when the actual fate of the currency union was very much in doubt. Furthermore, when you factor in the futures positioning of both the euro and the dollar, a rather extreme picture is brought to light (Courtesy of Nordea Markets savvy currency strategist Aurelija Augulyte and Reuters Ecowin). When it comes to the euro, certainty is certainly not in short supply these days.

At the end of the day we still believe the euro is primarily motivated and supported in the long-term by strong deflationary forces – compounded by its flawed structure, which at times present real existential catalysts for the markets to react on. In this sense the euro is unique, although we still look towards the Japanese yen of yesteryear for guideposts in the road and similarities in burgeoning deflationary trends. In the summer of 2012 when Draghi threw down the gauntlet and declared whatever it takes, those existential concerns were addressed and the euro pivoted sharply higher. With Draghi once again stepping up to the podium this week with hints and hopes of more or less whatever it takes greatly factored into positioning, we can’t help but feel the euro’s outlier influence in the markets this summer is drawing to a close. From our perspective, we don’t expect that Draghi will get off this easy with Europe’s considerable deflationary concerns. Japan certainly didn’t – and they only had one economy and political system to navigate. It’s back to school and reality for the euro. 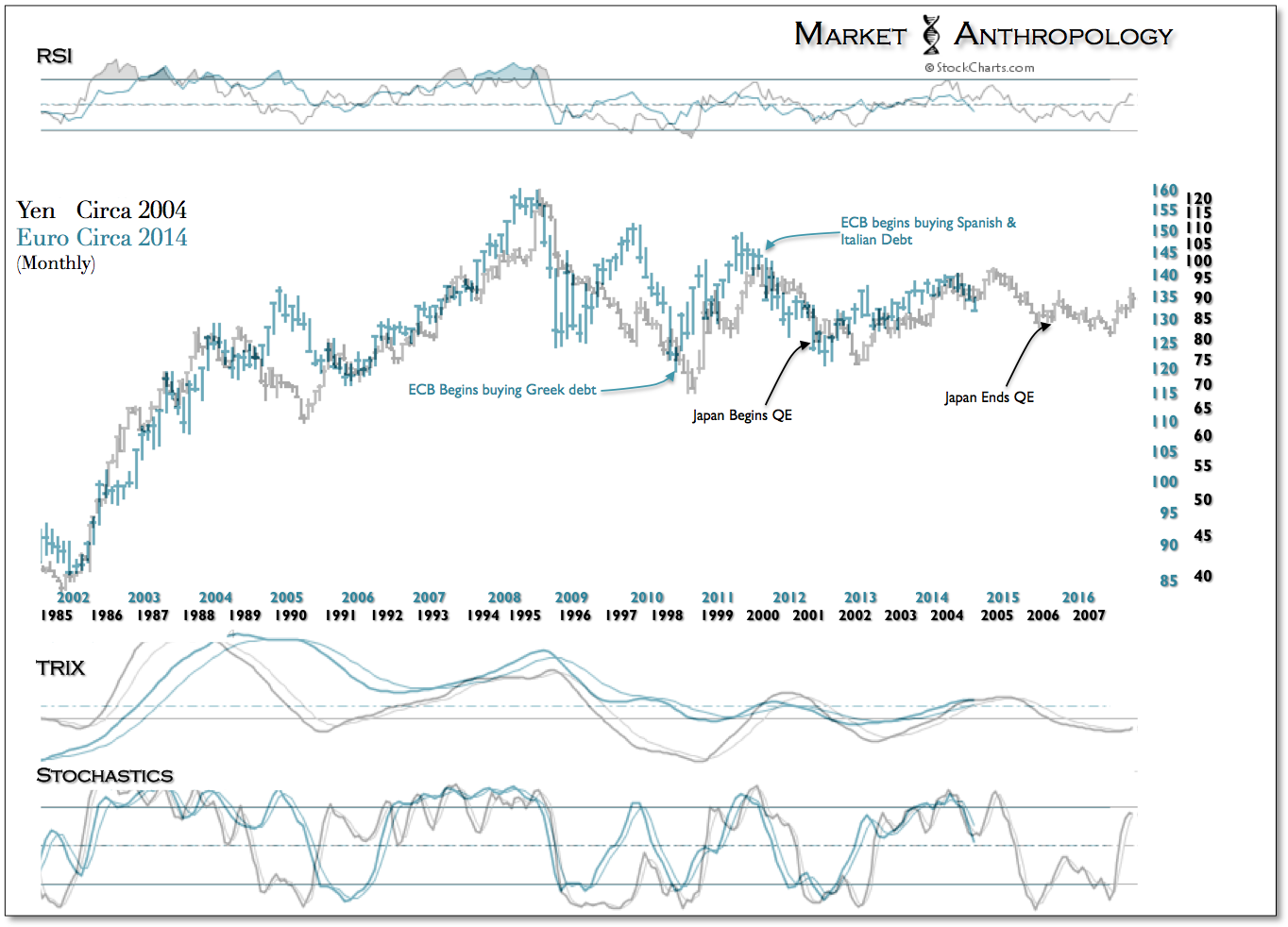