A Return to the Scene of the Crime

As if the play by play from our European counterparts wasn’t enough to bring back the traumatic memories of 2008 (quite seriously – it has been verbatim), the market has also returned to the pivotal price zone where it embarked upon its historic swan dive.
As of yesterday’s close, the market is rubbing up against the area that became resistance once Lehman Brother’s failed. I would be fooling myself if I considered it a mere coincidence that this level has been of such critical importance this year – and where we find ourselves through the threshold of another chapter in the credit crisis.
The bottom line – from my perspective, is the markets structure has been broken and will likely in the near future embark upon another exploration in price.
And yes, I am thinking head lamps – not sunglasses. 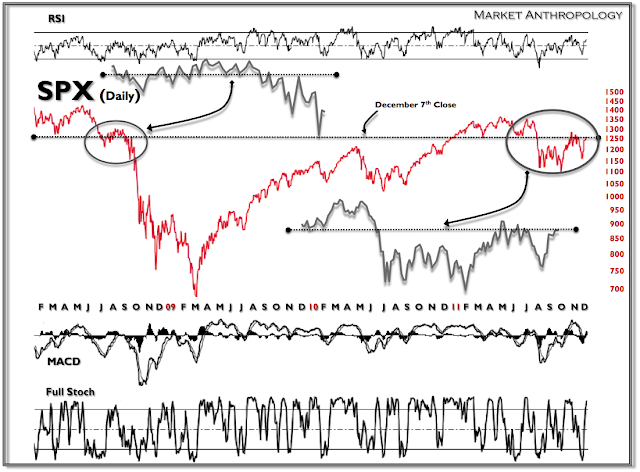