A Few Thoughts on Silver & Gold

While silver typically inhabits a less than subtle disposition, the sly fox discretely broke above weekly resistance last week – opening the door to the next stairway above. 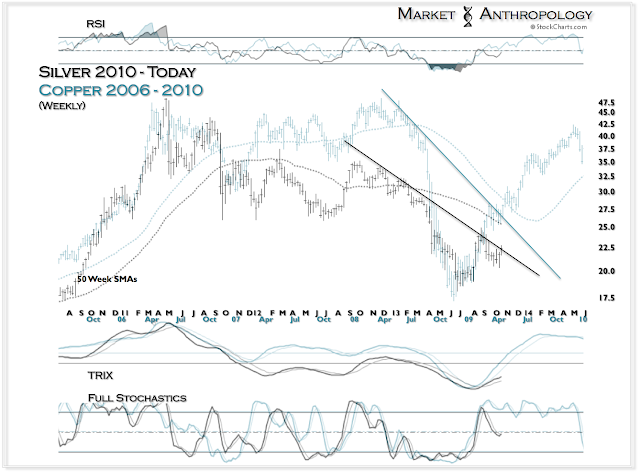 Sizing up the gold miners, they continue to follow the serpentine path of our historic 2011 BKX comparative. Should they remain in these footprints, another brief retracement decline lies directly ahead. 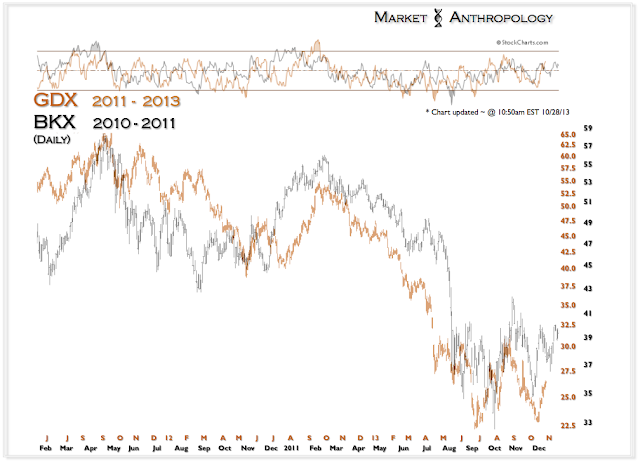 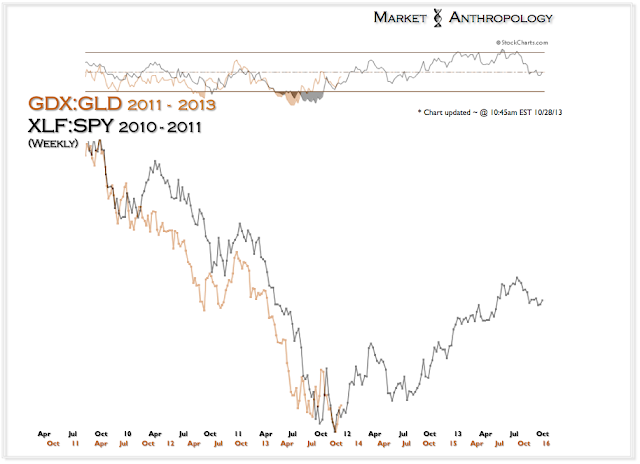 That being said, as much as we can proactively manage our respective postures in the market, we try and work from the top down and through a wide angle lens. As participants with time-frames greater than the nightly news cycle, the most important thing at the end of the day is that the asset class appears to be constructively shifting gears uphill.

As noted and described by us throughout the year, the sector – both from a relative performance perspective and from a structural point of view, has traded with great similarities to the former cycle’s value trap du jour – initially presented in the banks in 2009 and then again in their subsequent retest in 2011. The twist from a comparative perspective, however, is that the extremes in performance of the miners relative to spot prices has occurred during the retest of the 2008 lows, rather than during the crisis itself. This may positively impression how the sector performs over the short-term coming out of this historic extreme, considering the banks one way street higher after the lows in March 2009 were in. 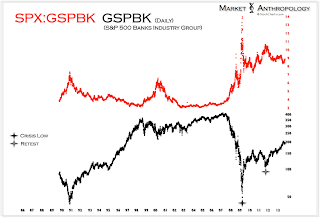 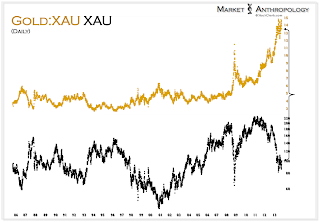 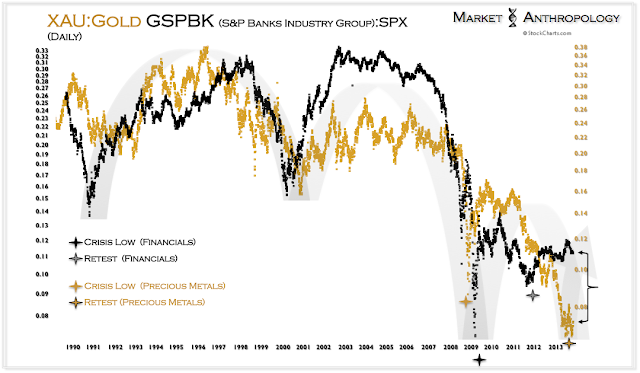 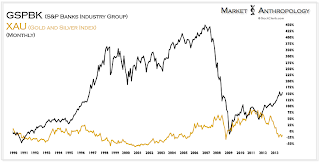 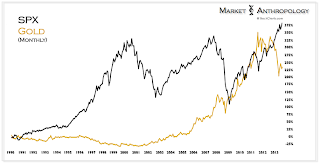 To give us this perspective going forward, we normalized the most recent pivot by the miners to reflect the relative extreme achieved in the financials in March 2009. 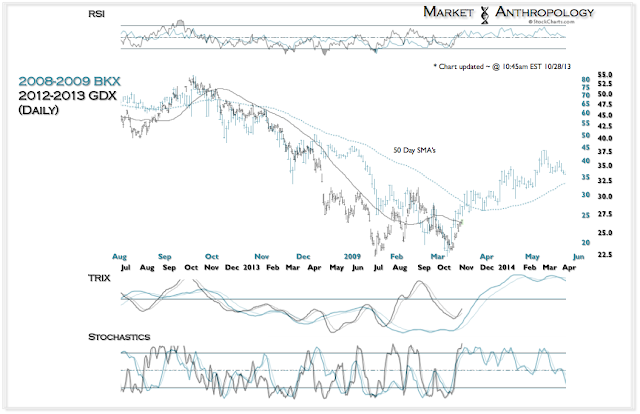